Palestine, A Century after the Balfour Declaration: The UK Should Face Uncomfortable Home Truths

The UK government is unlikely to issue the apology that Palestinians want, but this year will be a good opportunity to reflect on painful legacy 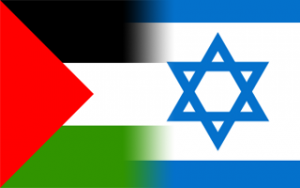 This month marks the 99th anniversary of the Balfour Declaration and the beginning in earnest of preparations for next year’s centenary.

Israel and its supporters are gearing up for a celebration of what they see as an historic document that underpins the state’s legitimacy. Palestinians and their allies, meanwhile, are seeking an apology from Britain for an injustice whose impact is still felt today.

Is the Balfour Declaration honestly something that Israel and its advocates should want to draw attention to? I would suggest not. 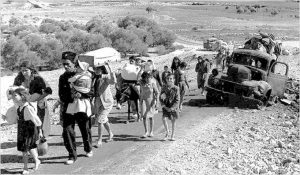 In 1948, Palestinian refugees making their way from Galilee in October-November 1948 (Wikimedia)

The Balfour Declaration was a letter dated 2 November 1917, sent by British foreign secretary Lord Arthur Balfour on behalf of the government to Walter Rothschild, for it to be shared with the Zionist Federation. The letter included the following, 67-word statement:

His Majesty’s government view with favour the establishment in Palestine of a national home for the Jewish people, and will use their best endeavours to facilitate the achievement of this object, it being clearly understood that nothing shall be done which may prejudice the civil and religious rights of existing non-Jewish communities in Palestine, or the rights and political status enjoyed by Jews in any other country.

This past week, the Israeli ambassador to the UK, Mark Regev, marked the 99th anniversary by releasing balloons into the London sky. Organisations including the Board of Deputies of British Jews, meanwhile, are part of an initiative that thanks the British government for having recognised “the longing of the Jewish people to re-establish its national homeland in the land of Israel”.

However, is the Balfour Declaration honestly something that Israel and its advocates should want to draw attention to? I would suggest not.

It is a reminder, firstly, that the Zionist movement was only able to advance its goal of establishing a “Jewish state” in Palestine with the support of a colonial power. Though tensions increased between the British Mandate authorities and the Zionist movement, the project was only viable in the first instance thanks to the agreement, support and protection of the British Empire.

Today, the State of Israel is able to persist in systematic violations of international law, including a five-decade old military occupation, because of the backing, again, of powerful Western allies – especially, of course, the US. Israel’s diplomatic, economic, and military “shield” remains vital to the Israeli government’s ability to persist in its denial of Palestinian rights.

The Balfour Declaration is also a reminder that, in contrast to Israel’s insistence today that Zionism merely equates to “Jewish self-determination,” the creation of a “Jewish state” in Palestine directly contradicted the principle of self-determination.

At the time of Balfour’s letter, Jews constituted approximately 10 percent of Palestine’s population (at the time of the first Zionist Congress in 1897, that figure was 4 percent). Even by 1947, Palestinian Arabs were the easy majority – two-thirds of the population.

Note how in 1919, two years after the Balfour Declaration, the Zionist Organisation in London warned that the problem with democracy was that it “too commonly means majority rule without regard to diversities of types or stages of civilisation or differences of quality”.

Thus “if the crude arithmetical conception of democracy were to be applied now or at some early stage in the future to Palestinian conditions, the majority that would rule would be the Arab majority, and the task of establishing and developing a great Jewish Palestine would be infinitely more difficult”.

As the Israeli historian Tom Segev has stated by way of comment: “The problem at the heart of the Zionist claim was rarely articulated so clearly: the Zionist dream ran counter to the principles of democracy.”

Finally, the Balfour Declaration is a reminder that the Zionist movement and the State of Israel have always had to rely on some rather unsavoury friends.

Balfour (below), as historian Jason Tomes has described, was a fan of the notoriously anti-Semitic second wife of Richard Wagner, Cosima Wagner, even telling Israel’s first president, Chaim Weizmann, how “he shared many of her anti-Semitic ideas.” 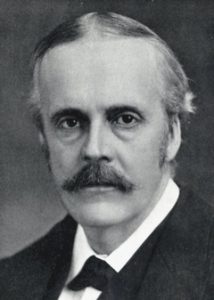 On another occasion, Tomes recounts: “[Balfour] complained of a pompous dinner with the Sassoon family, where ‘the Hebrews were in an actual majority’ – ‘I began to understand the point of view of those who object to alien immigration!’” Charming.

Even (or perhaps unsurprisingly) Balfour’s so-called “philosemitism” was suspect; the Jewish people’s ranks contained, he said, “more than their proportionate share of the world’s supply of men distinguished in science and philosophy, literature and art, medicine, politics and law. (Of finance and business I need say nothing.)”

Indeed, the only Jewish member of the British cabinet at the time, Edwin Samuel Montagu, was passionately opposed to the Balfour Declaration and laid out his reasons for doing so in a memorandum to his colleagues. It would be an instructive irony if Balfour’s only Jewish colleague in the cabinet was conveniently scrubbed from Israel’s celebration of the centenary.

Similarly, today Israel draws on support from the likes of the Christian right, especially in the US, and including those who believe that Jews must be converted in order to be saved. Israel is also increasingly grateful for the role of Islamophobic conservatives and extreme right-wingers in both North America and Europe, who whitewash their past and present bigotry with support for Israel.

So while the British government is unlikely to issue an apology for the Balfour Declaration, even its celebration provides a good opportunity for some uncomfortable home truths.

ER recommends other articles by Global Research, and Middle East Eye where this article originally appeared

Ben White is the author of Israeli Apartheid: A Beginner’s Guide and Palestinians in Israel: Segregation, Discrimination and Democracy. He is a writer for Middle East Monitor, and his articles have been published by Al Jazeera, al-Araby, Huffington Post, The Electronic Intifada, The Guardian’s Comment is free, and more. 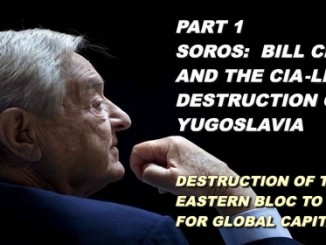 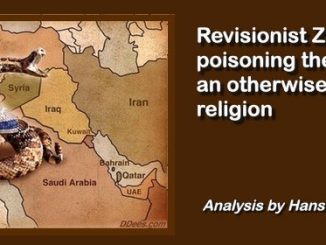 Hijacking of Traditional Judaism by the Political Ambitions of Revisionist Zionism 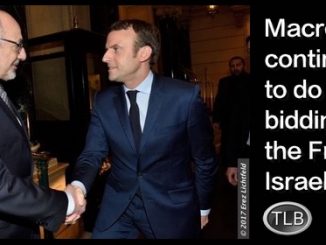