Are we are now experiencing Operation Mockingbird 2.0? The CIA has been collaborating with the Mainstream Media (MSM) for some time is now selling one of the most ridiculous “Conspiracy Theories” in recent years (Obama’s “I killed Osama Bin Laden” Hoax tops the list).

Former CIA director, Michael J. Morell has claimed that the Republican presidential candidate, Donald J. Trump is an “Unwitting Agent” of Russia. Another lie or what we can call a “real conspiracy theory” is that Russia hacked into the DNC servers and obtained emails that exposed corruption within the Democratic Party with no evidence whatsoever which I will discuss shortly.

In fact, the MSM in collusion with the CIA has been relentless in their pursuit for decades to convince the public that alternative news sources publish conspiracy theories to discredit any questionable story that they themselves (the MSM) present to the public. The CIA created the “Conspiracy Theory” label in 1967 to discredit anyone (especially journalists) who questioned the U.S. government’s “Official Narrative” of a particular situation. Now, fast forward to 2016, Morell wrote a New York Times OP-ED claiming that Donald Trump is working for Russian President Vladimir Putin:

Mr. Putin is a great leader, Mr. Trump says, ignoring that he has killed and jailed journalists and political opponents, has invaded two of his neighbors and is driving his economy to ruin. Mr. Trump has also taken policy positions consistent with Russian, not American, interests — endorsing Russian espionage against the United States, supporting Russia’s annexation of Crimea and giving a green light to a possible Russian invasion of the Baltic States.

In the intelligence business, we would say that Mr. Putin had recruited Mr. Trump as an unwitting agent of the Russian Federation.

The MSM has been on a propaganda spree against Donald Trump in the last few weeks and it is accelerating. According to Morell, Mr. Putin recruited Trump to work in the interests of Russia which is absolutely absurd. First in response to Morell’s article, Russia did not annex Crimea, the majority of the people of Crimea voted in a referendum to leave the Ukraine and become a part of Russia. The referendum took place on March 16th, 2014 where close to 96% of the population voted in favor to reunify “Crimea with Russia”. Let’s not forget that the majority of the population in Crimea speaks Russian and share a very similar culture with Russia. Crimea was transferred to the Ukraine due to administrative measures under the Soviet Union in 1954. Second, Russia is not going to nor were they ever planning to invade the Baltic States. However, NATO forces are stationed close to Russia’s borders and Europe is in the process of placing missile defense systems on behalf of Washington which threatens Russia’s security. 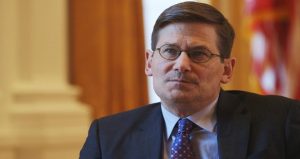 Michael Morell is continuing Operation Mockingbird, a CIA program also established in 1967 to influence the media to report stories that favor Washington’s agenda. Operation Mockingbird recruited American journalists and news organizations to report stories that represented views of the CIA on behalf of Washington and major corporations. The CIA also funded various news organizations, magazines (Time magazine) and influenced foreign media companies to report stories they deemed acceptable. Mr. Morell is now planting ridiculous stories or conspiracy theories within the MSM. The MSM is bought and paid for by the establishment and the CIA makes sure the stories they provide make it on the evening news. The MSM works for Washington and the CIA manages its content. The MSM do what they are told to do. In this case, Morell is planting a conspiracy theory against Donald Trump and Russia. What else can you possibly call what Morell wrote in the New York Times or said on PBS’s Charlie Rose?

Morell is in line with Hillary Clinton who has deep ties with the CIA. Morell is not the only one spreading conspiracy theories. Hillary Clinton and the DNC are also on board. Recent Hillary Clinton emails released by Wikileaks from a DNC hack were also blamed on Russia. However, the Wikileaks founder, Julian Assange has signaled that the person who possibly sent him the emails ‘Seth Rich’, a Democrat staffer who was recently found dead might have been the person according to a Zero Hedge article titled ‘Wikileaks Assange Hints Murdered DNC Staffer Was Email-Leaker, Offers $20k Reward For Info’. Assange is now offering a $20,000 reward for any information on the death of Seth Rich. 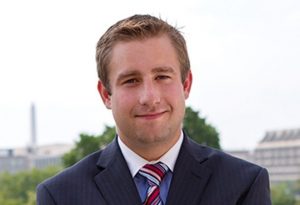 In today’s world, Russia is to blame for anything that happens around the world which brings us back to the days of the Cold War. The MSM in the US and UK led the charge with headlines that accused Russia for the DNC Hacking scandal. ‘Hillary Clinton campaign blames leaked DNC emails about Sanders on Russia’ (The Guardian), ‘Russian ties: Ex-intel official says evidence on hacked DNC servers points to nation state’ (Fox News), ‘Russian Intelligence Hacked DNC Emails’ (NBC) according to MSM headlines, Russia was guilty.

Hillary Clinton and members of the DNC are blaming Russia for the email hacks without any mention of what was actually in those emails in the first place. But that is not the issue, besides the emails only show that Hillary Clinton was working with the MSM media against US democratic presidential candidate Bernie Sanders and that she sold weapons to the Islamic State terrorists as Secretary of State under the Obama administration. Wikileaks has approximately 1,700 emails that confirm the link between Clinton, Libya and Syria and the shipments of weapons directly to Al Qaeda and ISIS. But the content of the emails is not important, because what is more important to the MSM and the Clinton camp is that Russia hacked into their email servers. Realistically speaking, what could be more important than a government official who has been in Washington for more than 2 decades was involved with arming and funding terrorist groups? To the MSM, Russia (who has been fighting terrorists and winning on many fronts in Syria) is the enemy, the evil culprit behind the hacks.

On an RT News broadcast of Going Underground with Afshin Rattansi interviewed Julian Assange on the question of a Trump-Russia connection which he revealed a few important factors for the public to consider:

Hillary Clinton has done quite well strategically to try and draw connections between Trump and Russia because she has so many connections of her own,” now, my analysis of Trump and Russia is that there is no substantial connection. Why do I say that? Because Trump was trying to invest in Russia before Putin in the 1990s, after Putin, in fact nearly all the way up to the present moment, and he’s had no success,” Assange continued. “He’s not managed to build hotels in Russia, so that shows how insubstantial his contacts are”

Israeli intelligence news agency also confirmed that Russia did not hack into the DNC servers according to a July 31st Sputnik news article:

However, analysts with the Israeli intelligence news agency DebkaFile found more holes in these assertions than a five-dollar block of Swiss cheese and came to the conclusion that the “hacking was almost certainly not carried out by GRU’s cyber warfare branch. First of all, the analysts blast the notion that a branch of Russian intelligence would leave obvious signatures, such as the terms “Fancy Bear” and “Cozy Bear” as claimed by CrowdStrike to be found by investigators unless their goal was to undermine Trump’s candidacy.

They also raise the question of why Russia, who is focused on securing strategic and economic data, wasting scarce resources to determine the DNC’s opinion of Bernie Sanders’ religious orthodoxy. Then there is the fact that blaming the attack on Russia, a perennial punching bag for politicians and media whenever something goes wrong whether or not the claims are rooted in fact, was so brazenly quaint and also served as a reminder that the most famous leaker of US classified documents, Edward Snowden, continues to live free from prosecution in Russia

Edward Snowden also said that if Russia did hack the DNC, the NSA would obviously know who was behind it. “Even if the attackers try to obfuscate origin, #XKEYSCORE makes following exfiltrated data easy. I did this personally against Chinese ops,” Snowden said on a twitter message. In an interesting turn of events, Snowden revealed in 2014 that the U.S. government (NSA) had spied on more than 122 world leaders and their governments.

Whether you like Donald Trump or not, he is for better diplomatic relations with the Russian Federation and has said that NATO is “obsolete.” Trump has called on European countries to fund NATO themselves which is something that Washington’s establishment does not want. They prefer to pay NATO with U.S. tax dollars instead. Washington prefers NATO forces in close proximity to Russia’s borders; in any event, that calls for a nuclear first strike capability against the Russian Federation.

The establishment including Michael J. Morell (who said he will vote for Clinton) wants Trump defeated come this November. The DNC, Michael Morell (who is also calling for Russian and Syrian government forces to be killed covertly in Syria to threaten Syrian president Bashar al-Assad) and the MSM puppets are now pushing the“Conspiracy Theory” narrative upon the public. They are desperate and they are running out of ammunition against Donald Trump, Russia and the alternative media. What is their solution? Spread misinformation and fake conspiracy theories to make their opposition less credible. That is all the ammunition they have left.

Timothy Alexander Guzman, creator of Silent Crow News, is an independent researcher and writer with a focus on political, economic, media and historical spheres. He has been published in www.Globalresearch.ca, The Progressive Mind, European Union Examiner, News Beacon Ireland, www.whatreallyhappened.com, EIN News and a number of other alternative news sites. He is a graduate of Hunter College in New York City. 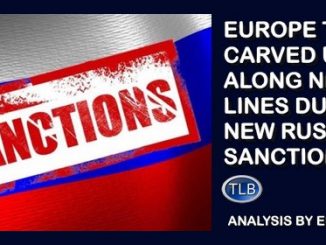 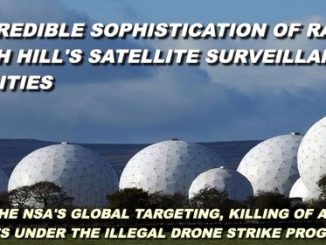 The Electoral Fraud is Collapsing Day after Day: Is Trump’s Return at Hand?