ER Editor: Here’s a two-fer from Peter Imanuelsen and GreatGameIndia.

Imanuelsen is right: this idiocy and impossibility about electric cars is simply a way to control us, to the point where we can hardly move anywhere except on foot or bicycle.

Check this Daily Mail story out from October of this year. Canterbury is the famous cathedral town of the south-eastern county of Kent in the UK:

A ‘draconian’ plan to stop people driving between neighbourhoods has come under fire for banning ‘free movement’ as it is approved for consultation.

Canterbury City Council is proposing to divide the city into five different districts, with drivers unable to cross between zones without being fined.

Instead, the council is asking residents to drive along a new bypass, which along with other A roads, would create a ring-road style approach.

To do so, they would have to leave their current neighbourhood and re-enter their chosen location via specific, newly permitted routes.

Anyone breaking the new driving rule would be hit with a fine when their movement is captured on number-plate recognition cameras, under the proposals.  …

Residents would instead be encouraged to use public transport, walk or cycle their journey — or use the permitted routes to drive. …

No, we won’t be driving electric cars, as Imanuelsen predicts, because we’re not supposed to be driving at all. Covid lockdowns and prohibitions on travel were just the warm-up phase.

We still believe it’s all a movie.

Now they want to ban electric cars to save energy

You cannot make this up

Things have gone so far that the EU recently announced they would ban the sale of new fossil fuel cars from 2035. Meanwhile Britain has gone even further and are banning new normal cars from the year 2030. That is only 7 years away.

So they are pushing for everyone to switch over to electric cars. We all know that will never, ever happen. The power grid simply cannot handle it and there isn’t enough batteries to go around to be able to make all those new electric cars.

Now Switzerland is planning on banning people from driving their electric cars when there is an energy shortage. Crisis measures could also see streaming services like Netflix having to reduce the resolution of videos and use of game consoles being banned.

The restrictions remind of covid lockdowns…

They have different stages depending on how much energy they have available. Oh wait, this is beginning to sound a bit like climate lockdowns now…

In the higher level of restrictions, hot water will be turned off in public bathrooms, Christmas lights turned off and more. Going so far as to closing all leisure businesses and sports matches and concerts being banned.

Wow, remember when I warned last year that the next thing would be climate lockdowns? Well, looks like they certainly are planning for it now and they are using the covid lockdown playbook to do it.

Cool, so first they told you to get the electric cars to save the planet, then you cannot drive your electric car because there isn’t enough electricity.

Then there is the battery problem, we are already seeing talks about battery shortages and things will only get worse in the years ahead as demand increases. You know what happens then? Prices go right up, meaning that electric cars will become even more expensive than they are now.

Will you be getting an electric car?

Let me explain to you the endgame of electric cars. It is not to switch out all the existing cars for electric, because that will never happen. It is for you to stop driving all together and take public transport; meanwhile, the elites will be the only ones to afford electric cars.

And to be honest, the elite will probably not be driving electric cars either because they suck so much. Especially in winter. Electric cars already have a very short range to begin with, and if you use it in winter for example the range absolutely plummets as this car YouTuber recently found out.

Let’s do some math on how much power electric cars would really use, because the fact is, if we are going to rely on useless wind and solar power, there is simply no way on earth that we can have electric cars. The only way for electric cars to be able to exist on a mass scale is for more nuclear power to be built.

In Europe there is around 400 million cars. Now the EU is banning new fossil fuel cars by 2035, so imagine that all these 400 million cars would be switched out to electric. Now lets assume the cars have a battery pack of 100kw, which is what you need if you want a somewhat decent range.

Imagine that all these cars get charged fully at least once a week. They would need a whopping 40,000 gigawatts of electricity – every week. I don’t think you fully understand how large that number actually is.

For comparison, an average nuclear reactor produces 1 gigawatt. Here we need 40,000 gigawatts. Maybe you begin to see the problem here with electric cars. The grid will never be able to handle it.

It gets even more ridiculous if we were to use wind power. A wind turbine is rated at around 0.003 gigawatts. That is the maximum it can produce; of course, when there is less wind or no wind that number goes down dramatically. Again, we need 40,000 gigawatts, not 0.003.

This doesn’t mean we need 40,000 nuclear reactors, as the cars won’t all be charging at the same time, but we would still need a lot of new nuclear reactors. The current grid would not be able to handle all these new electric cars.

Imagine how many wind turbines we would need to be able to power all those electric cars. You would just see an army of wind turbines polluting the skyline everywhere. It’s unsustainable.

No, there is no future for a mass adoption of electric cars. What will end up happening is that you will walk or take public transport, while the elite are the only ones that can afford cars.

It is all about control. They want to get rid of private car ownership. They don’t want you to have the freedom of traveling freely. They only want you to be able to travel where they decide that you can travel.

Just like in the Soviet Union where the regular people couldn’t own cars, only the party elites owned cars.

Germany, Europe’s biggest economy and the most reliant on Russian gas imports, has witnessed industrial output fall due to high energy costs caused by shortages. Notably, Volkswagen says that EV battery plants are ‘practically unviable’ in EU due to soaring energy costs.

Volkswagen’s CEO stated that due to rising energy costs, electric vehicle battery facilities in the European Union are “practically unviable” at the present.

According to Thomas Schaefer, Chief Executive Officer of Volkswagen AG’s name brand, additional investment in critical industrial projects such as battery cell plants in Germany and the EU is becoming increasingly untenable due to policymakers’ incapacity to manage escalating long-term energy prices.

Since the conflict in Ukraine and the imposition of Western sanctions on Moscow, Europe, particularly Germany, has been rocked by the decline of Russian energy supplies to the union. (ER: Which the EU goons are entirely aware of.)

For the majority of 2022, the EU, the United Kingdom, and the United States are all experiencing a catastrophic energy shortage. 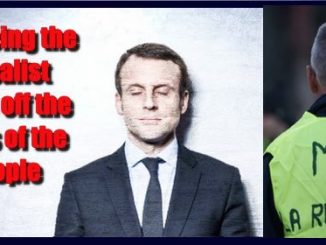