A huge win for sanity.

As you might know if you have followed me over the last few years, Norway has had relatively few covid restrictions compared with most other countries. Norway was also among the first countries together with Denmark and Sweden to remove all restrictions, paving the way for freedom.

However, Norway did have some restrictions, like quite strict border controls. Even Norwegians entering the country after having been abroad had to register their arrival and get checked and tested at border controls.

Now the Eidsivating Court of Appeal has ruled that the covid border controls were in fact ILLEGAL after a period of 6 months. In other words, they were legal the first 6 months, but after that they became illegal.

This has to do with the fact that the EU court ruled that freedom of movement in the Schengen area could only be stopped for a maximum period of 6 months.

The Norwegian border restrictions were in effect for a whopping 1 year and 7 months, making it illegal for most of the time period it was in effect.

In other words, it was illegal to stop and check people at the border.

People were given massive fines because of this. For example, some Norwegians who returned after having gone over the border to meet relatives in Sweden and who didn’t follow all the rules, were given fines of almost $1,000.

But those rules are now illegal according to the court, a huge win for freedom.

I myself experienced these illegal border checks when I crossed the border. I had to register my arrival online (even though I live in Norway). I had to show proof of testing, some people showed their covid passports. And I had to get nasal swabbed at the border in order to be allowed to get back home! Absolute insanity.

Thankfully, sanity has prevailed, and people who were given fines will likely get their money back now that these rules are ruled illegal by the court.

It seems like more and more they want us to forget all of the insanity and discrimination that went on over the last few years.

We even had police patrolling the streets and checking people’s papers! And some people cheered it on. That is the scary part. People were told by the TV that this was good actually, and they just went along with it without thinking for themselves.

Never forget what happened. Next time it will only get worse. 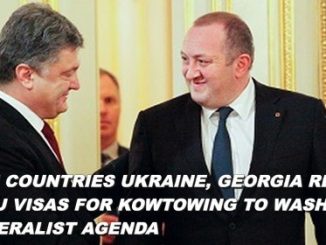