Authored by Simon Black via SovereignMan.com

One of the truly mind-boggling absurdities in modern finance has been the creation of ‘negative interest rates’ around the world.

Starting back in 2014, the European Central Bank (ECB) slashed its main interest rate to below zero.

One bizarre effect of this policy is that some banks have passed on these negative interest rates to their retail depositors.

This trend has persisted across Europe, Japan, and many other parts of the world.

Yet at least Americans were able to breathe a sigh of relief that negative interest rates hadn’t crossed the Atlantic.

Recently I was reading through Bank of America’s most recent annual report; it’s filled with some shocking facts about the -real- level of wealth in the Land of the Free… which I’ll tell you more about next week.

But here’s one of the things that caught my eye: Bank of America has $592.4 billion in deposits from retail customers, i.e. regular folks who bank at BOA.

And according to its annual report, BOA paid its retail depositors an average interest rate of 0.04% last year.

That 0.04% average rate means the bank paid its retail depositors a total of $236 million in interest.

Yet at the same time, Bank of America charged those very same retail depositors $4.1 BILLION in fees.

So in total, small depositors forked over a net sum of $3.8+ billion to Bank of America last year for the privilege of holding their money at the bank.

Based on the bank’s total consumer deposits of $592.4 billion, it’s as if the bank had charged its customers a negative interest rate of 0.64%.

It’s one thing to pay fees to a bank that will safeguard your capital and act in the most conservative way possible.

We even pay fees for safety deposit boxes to store important documents.

So in principle there’s nothing wrong with paying a bank a reasonable fee to safeguard your money.

But that’s not what banks do.

They use our savings to speculate on whatever the latest investment fad of the day happens to be… whether it’s sub-prime auto loans, collateralized debt obligations, or some exotic derivative that no one understands.

Your savings are not sitting in a vault being guarded by burley men with shotguns.

To be frank, we have no idea what they’re doing with our money.

And it hardly seems worth paying the bank to let them gamble with your hard-earned savings.

We’re talking about an industry, after all, where hardly a month goes by without some major scandal.

Earlier this week, in fact, the CEO of Wells Fargo announced that more bad news of a major scandal would soon hit the news headlines.

Why does anyone continue to have confidence in these people… AND pay them… when there’s absolutely zero doubt that they cannot be trusted?

There are MUCH easier options. For one, consider holding at least a portion of your savings in cash. And I mean physical cash.

Buy a safe (they’re cheap) and become your own banker. Eliminate the corrupt middleman who stands between you and your money.

Worst case, you save money. No more fees. No more being treated like a criminal terrorist.

And what are you missing out on? 0.04% interest. Not much of an argument there.

Do you have a Plan B?

ER recommends other articles by ZeroHedge, and SovereignMan.com where this article originally appeared 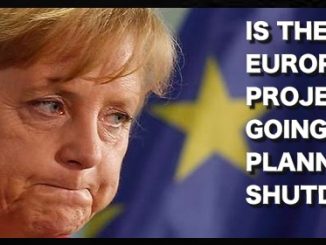 Bringing Down the Khazarian Project, the German-Controlled European Union 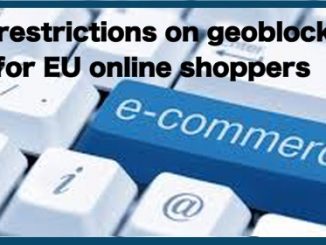 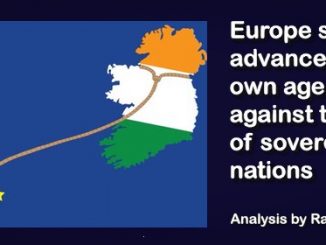