NATO became obsolete after the collapse of the Soviet Union and the bloc is purposefully representing Russia as a security threat to justify its own existence, Yves Bonnet (pictured), former head of French counter-intelligence, told RT.

The Russians “are no longer ‘villains,’ the Soviet threat has vanished – primarily because the USSR doesn’t exist anymore,” Bonnet said. 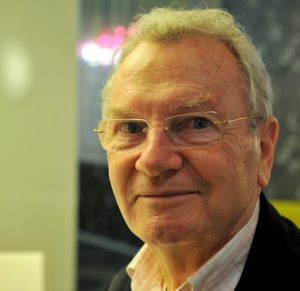 The claims of Moscow’s aggressive behavior coming from the US-led military bloc’s officials are “exaggerated,” the former head of Directorate of Territorial Surveillance, or DST as its French abbreviation goes, which was dissolved in 2008, added.

“I believe that NATO intentionally fuels the perception of Russia as a threat… Like any organization, the North Atlantic Alliance wants to continue existing and the only reason for prolonging its existence is you… the Russians,” he said.

Picturing Russia as in international menace “doesn’t work anymore. I can assure you that the French people, fortunately, no longer believe it,” Bonnet added.

Paris withdrew from NATO in 1966 due to questioning its ability to resist the Soviet Union and developing its own nuclear deterrent, and only returned to the bloc 30 years later.

In the current historic moment, NATO “isn’t a useful organization, but a dangerous one,” Bonnet said, adding that “the North Atlantic Alliance should be disbanded altogether.”

“I saw what NATO did in Yugoslavia [in 1999], waging a war there without an international warrant… Now NATO is invading Afghanistan, although this country isn’t in the North Atlantic,” he said.

The intelligence veteran slammed the bloc’s policies towards Russia, saying that “it makes no sense to make the Russians worry. It’s completely pointless to make [the Russians] nervous. Don’t tease the ‘Russian bear.’”

He also dismissed claims that Russia tried to meddle with the French presidential elections, voiced shortly before the April 23 vote by the candidate of successful candidate Emmanuel Macron.

He expressed regret that “for political reasons” Paris is neglecting cooperation with intelligence services of Russia, Syria and other countries that are “directly fighting against terrorism.”

Such international cooperation would be more effective in tackling extremism in France than the emergencies law and other measures currently imposed by the country’s’ authorities, the former intelligence chief said.