What Nassim Taleb Can Teach Us

Nassim Nicholas Taleb does not suffer fools gladly. Author of several books including The Black Swan and Antifragile, Taleb (pictured below) is known for his incendiary personality almost as much as his brilliant work in probability theory. Readers of his very active Medium page will experience a formidable mind with no patience for trendy groupthink, a mind that takes special pleasure in lambasting elites with no “skin in the game.” 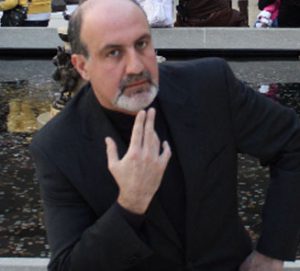 “Skin in the game” is a central (and welcome) tenet of Taleb’s worldview: that we are increasingly ruled by an intellectual, political, economic, and cultural elite that does not bear the consequences of the decisions it makes on our (unwitting) behalf. In this sense Taleb is thoroughly populist, and in fact he correctly identified trends behind the Crash of ’08, Brexit, and Trump’s election. He understands that globalism is not liberalism, that identity and culture matter, and most of all that elites don’t understand how randomness and uncertainty threaten the inevitability of a global order.

Thus Taleb argues the intelligentsia are not only haughty when they plan our future, they are also clueless: fragility abounds, and threatens to crash the Party of Davos. Hubris results from unearned wealth and prominence, coupled with a blindness to the Black Swans lying in wait.

Born in Lebanon to a prominent family, educated at the University of Paris and Wharton, Taleb was poised to become part of the cognitive aristocracy he mocks. But he was never one of them. His hard-nosed persona, enhanced by a dedication to rigorous deadlift workouts, is quickly evident in his notorious interviews and very public Twitter brawls. His willingness to delve into history and religion sets him apart from the neoliberals who hope to wish them both away. Taleb writes for the intelligent everyman, and this blue-collar approach also extends to his description of himself as a “private intellectual, not a public one.”

Austro-libertarians will find much to admire in his brilliant takedowns of the “pseudo-experts” he identifies in academia, journalism, politics, and science. But Taleb is no Austrian. While he holds a decidedly jaundiced view of most economists—calling for the Nobel in economics to be cancelled— he does not denounce economics as a field of study per se. Nor does he claim heterodox or reactionary inclinations:

While he is not averse to using mathematics and statistics in economics, Austrians share his perspective that both are tools for economists. Statistical models are mostly bunk that provide no value to economic forecasters or investors, despite the highly paid Ivy League quants who produce them. In fact, models often have harmful effect of creating a false sense of relative certainty where none exists. It’s refreshing to see Taleb make this claim so effectively from outside the Austrian paradigm of praxeology. But if his view of economics is mainline, his tone is Rothbard meets Hayek:

I’m in favour of religion as a tamer of arrogance. For a Greek Orthodox, the idea of God as creator outside the human is not God in God’s terms. My God isn’t the God of George Bush.

We know from chaos theory that even if you had a perfect model of the world, you’d need infinite precision in order to predict future events. With sociopolitical or economic phenomena, we don’t have anything like that.

Taleb does see a role for government, and supports consumer protection laws against predatory lending as one example. But he also purportedly supported Ron Paul in the 2012 presidential election, and has indeed mentioned Hayek as an influence regarding the dispersal of knowledge in society. He’s also applied special venom to several worthy targets in professional economics, including Paul Krugman, Joseph Stiglitz, and Paul Samuelson. Taleb labels as “Stiglitz Syndrome” the process whereby public intellectuals suffer no financial or career consequences for being spectacularly wrong in their predictions.

This is especially galling to a man who correctly called (and in fact became wealthy as a result of) economic crises in 1987 and 2008. In both instances, Taleb had “skin in the game” as a market trader. His own money and reputation were on the line, unlike the court economists in the New York Times.

For an excellent (albeit indirect) analysis of how Austrians and libertarians can advance their cause from a minority position, Taleb’s recent article The Most Intolerant Wins: The Dictatorship of the Small Minority is a must-read. He reminds us that a small minority with courage—the most important form of skin in the game— can prevail over the slumbering masses. And he also reminds us that courageous individual actors, not 51% mass movements, drive real changes in every society:

The entire growth of society, whether economic or moral, comes from a small number of people. So we close this chapter with a remark about the role of skin in the game in the condition of society. Society doesn’t evolve by consensus, voting, majority, committees, verbose meeting, academic conferences, and polling; only a few people suffice to disproportionately move the needle. All one needs is an asymmetric rule somewhere. And asymmetry is present in about everything.

Economics is lost, mired in a quicksand of predictive models that fail to predict and macro-analysis that fails to analyze.

Democratic politics is lost, ruined by bad actors with perverse incentives to burn capital rather than accumulate it.

And academia is lost, still stuck in a centuries-old model run by hopelessly sheltered PhDs.

Taleb gets all of this, and does an admirable job of explaining it. Austro-libertarians would be wise to see him as a valuable ally and voice in the ongoing fight against states, central banks, and planners of all stripes.

ER recommends other articles by Zerohedge, and Mises Institute where this article originally appeared 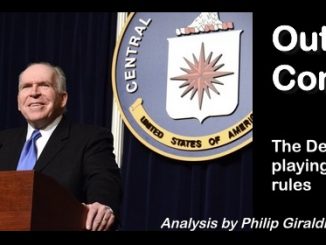