ER Editor: None of this is hardly surprising. We remind readers that it was Austria that was threatening the harshest penalties for the non-vaxxed. Which curiously got reversed before implementation. See as just one example (search Austria):

Austrians at ‘Epicenter’ of Battle for Medical Freedom, Democracy

More and more Austrians want out of the EU

Since Corona and the beginning of the Ukraine war, the number of Austrians who are skeptical about the EU and are in favor of leaving the Union has increased significantly. It is becoming more and more apparent that the Eurocrats in Brussels are not helping to solve the current problems, but are exacerbating them or even causing them in the first place.

VIENNA – Austrians are increasingly skeptical about the EU and its actions. Even Paul Schmidt, Secretary General of the Austrian Society for European Policy (ÖGfE) had to admit this on the occasion of the latest survey on EU opinion trends. The number of citizens who are in favor of leaving the EU has risen by a full 19 percent since the Corona pandemic and has therefore more than doubled in the past few years. (ER: Here is the link. Browsers will translate – https://www.oegfe.at/umfragen/zeitreihe_mitgliedschaft_22/)

At least 27 percent of Austrians are now in favor of an Öxit while 9 percent answered the question with a “don’t know” or did not want to give any information. That is more than a third of the population. By way of comparison: In 2019, only 8 percent voted in favor of leaving – a historic low at the time.

In return, the number of supporters of the European Union has fallen significantly. In 2019 (even before the pandemic) a whole 75 percent were in favor of EU membership, while it is now 64 percent, i.e. not even two thirds.

In the 66 surveys on the matter that have taken place since 1995, the highest number of EU supporters was in 1999 at 82 percent. In 2008, during the financial crisis, their number hit a low of 59 percent. “Pessimism about the future, mixed with loss of prosperity and disenchantment with politics, however, created a despondent mood. A long-lasting war, further escalation in hostilities and concerns about an adequate energy supply are also putting European unity to the test,” Schmidt said in response to the results of the survey.

The EU has effectively shown that a completely failed monetary policy by the ECB together with self-imposed energy sanctions form the basis for massive inflation. 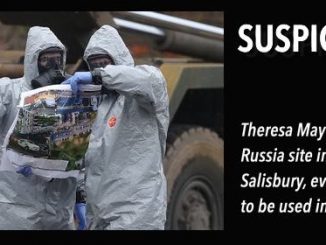