ER Editor: Gorbachev was rumoured to have been given a $100 million in a Swiss bank account to get out by George Bush Sr., probably an offer nobody is designed refuse. Then Russia proceeded to get pillaged, and economically and geographically torn apart by the western deep state for around the next 10 years with the help of western stooge Yeltsin. Who brought in Putin as his sidekick …

The Al Jazeera report below is MSM. 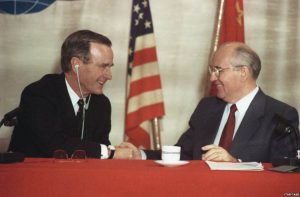 Readers may be interested in the Tass news site (browsers will translate) for coverage of Gorbachev’s death. Andrey Shitov has written this opinion piece for Tass titled

Mikhail Gorbachev: leader of the era of contradictions

Gorbachev, who led the Soviet Union from 1985 until its collapse in 1991, died in Moscow, Russian news agencies say.

Mikhail Gorbachev, who ended the Cold War and was the last leader of the Soviet Union, has died at the age of 91, Russian news agencies reported, citing medical sources.

“Gorbachev died this evening after a serious and long illness,” the Central Clinical Hospital in Moscow said late on Tuesday, as quoted by the Interfax, TASS and RIA Novosti news agencies.

Gorbachev led the Soviet Union from 1985 until its collapse in 1991.

The dissolution of the Soviet bloc — marked by Gorbachev’s resignation that year — ended the Cold War and years of confrontation between East and West, freed Eastern European nations from Soviet domination, and established the modern Russian state.

Gorbachev’s death comes six months into Russia’s invasion of Ukraine, which has intensified tensions between Moscow and the West.

US President Joe Biden, who was a member of the Senate Foreign Relations Committee when Gorbachev was in office, described the former leader as a “man of remarkable vision”, saying he had the “courage” to “admit that things needed to change” after years of confrontation.

“As leader of the USSR, he worked with President Reagan to reduce our two countries’ nuclear arsenals,” Biden said in a statement. “After decades of brutal political repression, he embraced democratic reforms. He believed in glasnost and perestroika – openness and restructuring – not as mere slogans, but as the path forward for the people of the Soviet Union after so many years of isolation and deprivation.”

Gorbachev will be buried in Moscow’s Novodevichy Cemetery next to his wife Raisa, who died in 1999, state-owned TASS reported, citing a source familiar with the family’s wishes.

Born into a farming family in southern Russia, Gorbachev rose through the ranks of the Communist Party to become general secretary in 1985.

At the age of just 54, and the first leader from the post-Stalin generation, Gorbachev introduced a series of reforms that he hoped would reinvigorate the USSR and address its weaknesses.

He never wanted to dismantle the system, but glasnost and perestroika unleashed forces that proved impossible to control with calls for independence in the Baltic states and other parts of the Soviet Union as well as in Eastern Europe.

“He was a good man, he was a decent man. I think his tragedy is in a sense that he was too decent for the country he was leading,” said Gorbachev biographer William Taubman, a professor emeritus at Amherst College in Massachusetts.

Gorbachev refrained from using force — unlike his predecessors — as protests spread across Eastern Europe, but as the Soviet Union itself began to disintegrate, he struggled to prevent its collapse.

In one of the low points of his political career, he sanctioned a crackdown on the restive Baltic republics in early 1991.

“I see myself as a man who started the reforms that were necessary for the country and for Europe and the world,” Gorbachev told The Associated Press news agency in a 1992 interview shortly after he left office.

“I am often asked, would I have started it all again if I had to repeat it? Yes, indeed. And with more persistence and determination,” he said.

Gorbachev won the 1990 Nobel Peace Prize for his role in ending the Cold War, but many in Russia see him as responsible for the collapse of the Soviet Union and the social and economic crises that enveloped the country in the early 1990s. 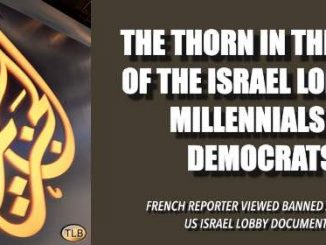 How Israel Spies on US Citizens 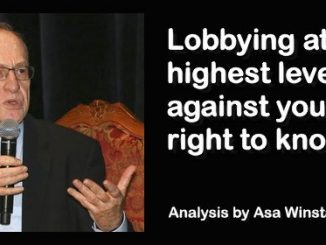 What’s in Al Jazeera’s undercover film on the US Israel lobby?