The mainstream media is “in denial” over the impact WikiLeaks and its audience of millions on social networks had on the US election by revealing the extent of Democrat and media collusion to award Hillary the presidency, former British diplomat Craig Murray told Radio Sputnik.

In July WikiLeaks released a collection of emails sent by the Democratic National Convention revealing that the party’s administration rigged its election process in favor of Hillary Clinton, at the expense of rival Bernie Sanders.

In its latest DNC leak, released November 6, WikiLeaks revealed that journalists from the mainstream US media continued to collude with the Clinton campaign after its candidate won the Democratic nomination. In more than one case, interim DNC chair Donna Brazile was found to have forwarded CNN’s debate questions to Clinton ahead of time, disadvantaging rivals Bernie Sanders and Donald Trump during their respective debates.

In October, WikiLeaks also began to release batches of emails from the hacked account of the Clinton campaign chair John Podesta. One email, sent from a top campaign aide, shows that the Clinton camp deliberately supported the candidacy of Donald Trump, Ted Cruz and Ben Carson in the hope that the unpopular Clinton would be able to beat one of them.

“We need to be elevating the Pied Piper candidates so that they are leaders of the pack and tell the press to (take) them seriously,” Marissa Astor, assistant to Clinton campaign manager Robby Mook, wrote. 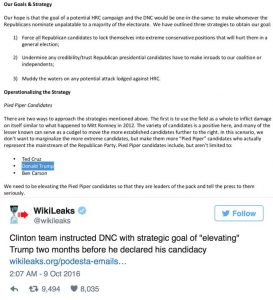 Whistleblower Craig Murray, former British ambassador to Uzbekistan, told Radio Sputnik that the leaked emails played a major role in the election and gained an audience of millions on social networks. However, they were, and continue to be, ignored by the mainstream media.

“I watched six hours of analysis of the elections last night, not just the BBC but foreign mainstream media channels including American ones. In six hours of watching, I didn’t hear one mention of WikiLeaks, or the revelations,” Murray said.

“During the election campaign, the mainstream media hardly mentioned them at all. They hoped nobody would notice, or it would go away. Or if they mentioned them it was only to say ‘it was the Russians‘ and then avoid discussing the content.”

“Now afterwards, they’re pretending it didn’t happen, they’re still not mentioning the WikiLeaks revelations as a major factor in influencing the result of this election. It’s quite extraordinary, the mainstream media are totally and utterly in denial as to what has happened to them.”

“After Sanders wasn’t selected and pushed away by what we now know was anti-democratic behavior by Clinton and the DNC, then that anti-establishment mood switched to Trump and a rather more anarchic and worrying manifestation.”

Ten years ago, WikiLeaks founder Julian Assange wrote an essay called “Conspiracy as Governance,” in which he described political parties as one form of conspiracy, and outlined the best way to attack such a conspiracy. 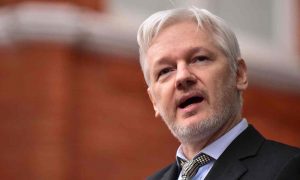 “Consider what would happen if one of these parties gave up their mobile phones, fax and email correspondence — let alone the computer systems which manage their subscribers, donors, budgets, polling, call centers and direct mail campaigns? They would immediately fall into an organizational stupor and lose to the other.”

While WikiLeaks has had a major impact on the US election, Murray doesn’t think Julian Assange actually set out ten years ago to hack the Democrats. Instead, people in the American establishment disillusioned with the Clinton’s corruption leaked information to the organization.

“WikiLeaks is a publisher, they publish stuff that is given to them. In this case, people within the American establishment who are absolutely sickened by the corruption of the Clintons, leaked the stuff to WikiLeaks.”

“That’s always going to be a danger, and political parties can’t really guard against that. It doesn’t matter how many firewalls and blinds you have, if you have people on the inside who are sickened by what you’re doing and choose to blow the whistle, that is the hardest thing to guard against,” Murray said. 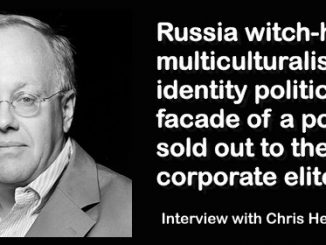 Chris Hedges: The Elites “Have No Credibility Left” 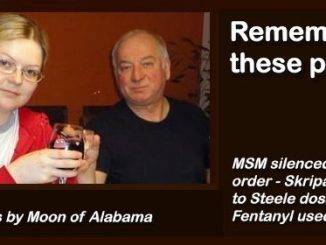