In all the panic these past few weeks, with a GOP congressman claiming that sea-level rise is due to falling rocks and NASA administrator Jim Bridenstine “changing his tune” on climate change, maybe the mainstream media should be forgiven that it completely missed the very real, data supported, scientific information about the most recent global-cooling event.

In case you haven’t heard (and you probably haven’t due to the media blackout on the subject), the largest two-year global average temperature drop in a century occurred between February 2016 and February 2018. Global average temperature dropped .056C over that period according to the GISS Surface Analysis (GISSTEMP) team at NASA’s Goddard Institute for Space Studies. To find a two-year period even close to that drop, you have to back to the 1982-1984 time period when a .047C drop occurred.

GISSTEMP is pretty much the gold standard when it comes to reporting global average temperature. The UN’s Intergovernmental Panel on Climate Change (IPCC) uses GISSTEMP data in their reports. Included in the data is the biggest five-month average global temperature drop ever recorded between February to June in 2016. The fourth largest five-month drop occurred from February to June of 2017.

But how can that be with all of these “warmest year ever” reports?

The reason, of course, is that pretty much all mainstream coverage on climate change is agenda — not fact — driven. This is why there is wall-to-wall coverage of the off-the-cuff and, admittedly, rather silly statement of Mo Brooks (R-Alabama) about falling rocks causing sea level rise during a congressional 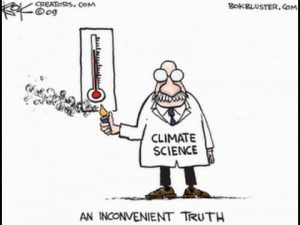 hearing and nary a peep regarding the NASA data from 2016-2018. Because if, in fact, global temperature has dropped for any significant amount of time, it gives “deniers” a leg to stand on in the climate-change debate, which — despite carbon-credit salesman Al Gore’s pronouncements on the subject — is still very much ongoing.

In the weeks since Aaron Brown first reported this “Big Chill” in Real Clear Markets, the mainstream media has seen fit to push other climate-related stories. They saw a group looking to carve President Trump’s face into a glacier in order to prove global warming is real as newsworthy. The New York Times claimed that global warming is causing mischievous, insomniac bears. So much nonsense is seen as newsworthy, only because it fits the climate-alarmist narrative, while real climate data is ignored.

Another recent piece of news that was disregarded by the mainstream media is a scientific study by Nicholas Lewis and Judith Curry that shows that the trusted major climate models are flawed and are overestimating the effects of atmospheric CO2 by as much as 45 percent. The Lewis/Curry study appears in the peer-reviewed American Meteorological Society’s Journal of Climate, so no one can claim that Curry’s and Lewis’s findings were not scientifically vetted.

Similarly ignored were a UC-San Diego study on a possible decrease in sun spot activity leading to conditions similar to the Little Ice Age; accusations that the National Oceanic and

Atmospheric Administration (NOAA) is fudging data  to show that global warming is worse than it actually is; and the inexplicable growth of the tiny island nation of Tuvalu, which, according to Al Gore, should be under water owing to sea-level rise already.

Any evidence contradicting the climate-change religion is either buried under an avalanche of derision from pundits and pseudo-scientists such as Bill Nye, or worse, outright ignored. This is disturbing for anyone who believes in real science and not the political gamesmanship that passes for science nowadays. The mainstream media cannot be trusted to report accurately or honestly about anything anymore, especially climate science.

It would seem that the UN, the CFR and other globalists entities have made climate change their hill to die on, their last stand in their efforts to dominate the world. Of course, the mainstream media is in on it. If the global-warming narrative collapses, and it seems certain that it will, they’ll have to come up with a brand new plan to scare the world into implementing Agenda 21. 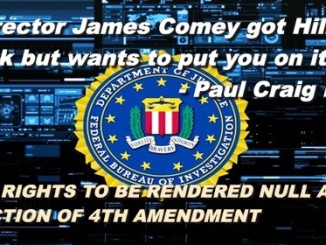 Gestapo America: “Warrantless Access to All Your Internet Activity” 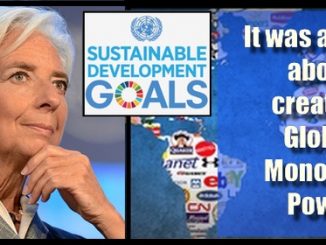 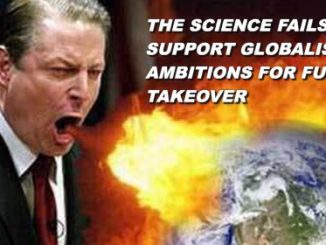