A fish rots from the head. In the Western world rot is accelerating. The rot in Washington is swiftly spreading to state and local governments and abroad to the Empire’s vassal governments.

Washington’s attack on journalism represented by the illegal arrest of Julian Assange has now spread to France. The US government’s policy of sanctions against sovereign countries that do not follow Washington’s orders has spread to the state of New York, where the governor has threatened sanctions against financial institutions that do business with the National Rifle Association.

In France, the vassal president Macron has ordered three journalists — who revealed that Macron’s government knowingly and intentionally sold arms to Saudi Arabia and the UAE to be used for the slaughter of women and children in Yemen — to report for police questioning. The report proves that Macron’s government deliberately lied when it said it was unaware that French weapons were to be used for attack rather than defense use in violation of the Arms Trade Treaty of 2014. The journalists are under investigation by the French gestapo for “compromising national defense secrets.”

In other words, when the French government lies, it is a violation of national defense secrets to report it.

The entire Western world is adopting Washington’s approach to Assange and criminalizing the practice of journalism, thus protecting governments’ criminality. If you reveal a government crime, as Wikileaks did, you will be prosecuted by the criminal government for doing so. It is like permitting a criminal to prosecute the police and prosecutor who want him arrested.

Here is the link to the Disclose site, where the controversial material exposing the French government is published: Made in France. 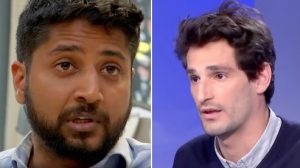 Three journalists have been summoned for questioning by French police for their role in an explosive report detailing how the Macron government knowingly sold arms to Saudi Arabia and the UAE for use in Yemen.

Disclose co-founders Geoffrey Livolsi and Mathias Destal (pictured), as well as Benoit Collombat (pictured below) of Radio France have been summoned by police for questioning about the revelations contained within the April 15 report published by Disclose, which partnered with Radio France, Mediapart, Arte Info, and Konbini.

The report contained a leaked, classified French intelligence report to the president and Foreign Minister Jean-Yves Le Drian and Minister of the Armed Forces Florence Parly detailing the use of French weapons in Yemen during a defence council meeting on October 3, 2018.

The report proves that Macron’s government deliberately lied about having no knowledge that French arms, including French-supplied CAESAR howitzer artillery, tanks, and laser-guided missile systems, would be used “offensively” in Yemen, in violation of the 2014 Arms Trade Treaty (ATT) which entered into force on December 24, 2014. 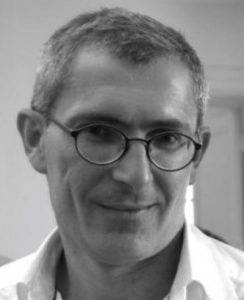 The journalists argue that the revelations “are of major public interest, that bring to the attention of citizens and their representatives what the government wanted to conceal,” adding that Macron’s decision to pursue them constitutes infringement on freedom of the press and speech in general.

“We have learned that a preliminary investigation for ‘compromising national defence secrets’ has been launched by the Paris prosecutors,” Disclose said in a statement.

The journalists are due to be questioned by the General Directorate for Internal Security (DGSI), France’s domestic intelligence agency, in a hearing scheduled for mid-May. The move has been condemned in a statement signed by 36 French press outlets, including Le Monde and AFP.

Tens of thousands of civilians have been killed in the Saudi-led intervention in Yemen which has been waged since 2015. Up to 14 million people are at risk of starvation as a result of the ensuing Saudi-led blockade. 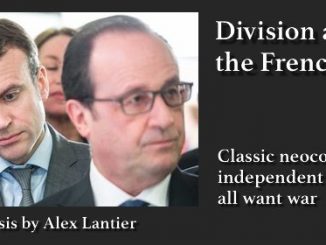 Who Governs the World? – division among French elite 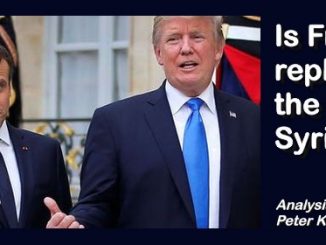 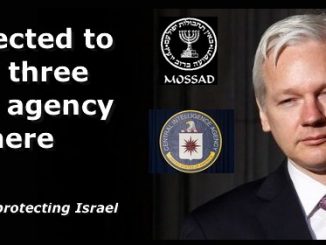