A leaked strategy document reveals that billionaire financier George Soros is one of three senior figures tied to a Remain group called “Best for Britain,” which is “secretly” pushing for a second referendum on Brexit to keep Britain in the EU, the Telegraph reports.

The leaked document also outlines a nationwide advertising campaign this month, as well as a drive to recruit major Tory donors in an attempt to undermine Prime Minister Theresa May and influence MPs.

It also plans to target MPs and convince them to vote against the final Brexit deal to trigger another referendum or general election, according to a strategy document leaked from a meeting of the group.

The document says the campaign, which will begin by the end of this month, must “wake the country up and assert that Brexit is not a done deal. That it’s not too late to stop Brexit”. –Telegraph

According to the Telegraph, MPs in 100 “Leave-supporting constituencies” will be pressured using “a range of guerrilla marketing tactics” to vote against Brexit. In addition to a series of “momentum-style” mass rallies and concerts planned by the “Remain” proponents, the campaign will reportedly have a “heavy youth focus.”

Soros’s involvement in the scheme emerged after he entertained six Conservative donors at his Chelsea mansion last Monday.

His involvement comes more than 25 years after he made over £1 billion betting against the pound shortly before the UK withdrew from the European Exchange Rate Mechanism. More recently he has been accused of organising rallies against Donald Trump in the US and interfering in the democracies of several European nations.

Also at the dinner were Stephen Peel, a businessman and former Olympic rower who is also said to be putting money into the new venture and is on the board of Best for Britain; Lord Malloch-Brown, the former Labour minister and chairman of Best for Britain; and Sir Martin Sorrell, the chief executive of the advertising firm WPP.

Soros also invited a select group of Tory donors to the event, who were told that the goal of Best for Britain was “to raise public support for Remain to a clear and growing national majority by June/July 2018 and channelling that pressure into MPs’ mailbags and surgeries”

According to sources who were at the dinner, however, Best for Britain’s pitch fell flat, and donors left Soros’s house without pledging any money. 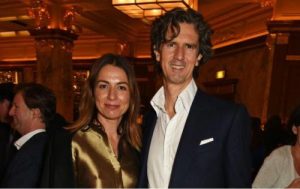 Stephen Peel, one of the organizers of the movement who was in attendance, has previously spoken of his desire for the UK to remain in the EU, while Mr. Soros said last year that Brexit was a “lose-lose proposition.” Lord Malloch-Brown, another organizer, said last year: “We need to sway public opinion nationally so that there is a majority to remain at the time of the vote in Parliament.”

Peel has been a director of the UK-EU Open Policy since it was established in October 2016, while Lord Malloch-Brown joined 13 months later – sitting on Best for Britain’s board.

The leaked “battle plan” concludes that the Best for Britain movement must “win the meaningful vote that Mrs May has promised on her Brexit deal in October,” adding that if she loses, it is “likely to trigger a new referendum, or election.”

“We must prevail decisively so reassuring Europe that our return will be permanent,” it states.

Read the “Brexit Plot” document given to Soros guests below:

The campaign relies heavily on launch advertising and free media to wake the country up and assert that BREXIT is not a done deal. That it’s not too late to stop BREXIT. The first wave is planned for late February and is why funding is now so urgent. Like the campaign overall, the paid media will have a heavy youth focus.

We will then move to constituency building activities through a combination of person-to-person campaigning and social media that pulls together stakeholders, including consumers, in sectors like the NHS, auto, aviation, pharma, etc; again with a major youth push and other similar targeted activities. We have identified partner organisations in these sectors who will lead as we provide strategic, messaging, creative, social media and critically financial support. The partner organisations include unions, employee organisations, youth and consumer groups etc. Many are not exclusively Remain organisations but have wider community or industry interests which make them powerful third party endorsers of the Remain message.

We are also building a national field presence, concentrated on seats whose MPs needs [sic] to be brought into the Remain column by providing financial and other support to the European Movement, which has the best, but limited, current field presence of the Remain Groups.

We have a range of guerrilla marketing tactics in preparation to build early public impact by seizing attention and indicating a building momentum. A prominent Remain figure, Andrew Adonis, will brainstorm the top 100 leave constituencies. We are planning youth focused concerts and march combinations for the summer.

Our goals are to raise public support for Remain to a clear and growing national majority by June/July 2018 and channeling that pressure into MPs mailbags and surgeries,

We must then win the meaningful vote that Mrs May has promised on her BREXIT deal in October of this year. That is likely to trigger a new referendum, or election. We must prevail decisively so reassuring Europe that or return will be permanent. 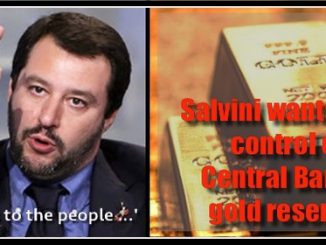 “It Belongs To The People, Not The Bankers” – Italy Moves To Seize Gold From Its Central Bank 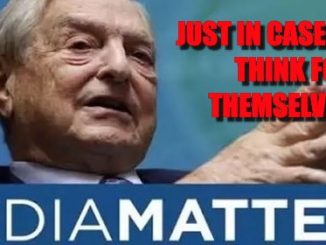