ER Editor: We also highly recommend this piece by Jonathan Turley titled France Has Become One Of The Worldwide Threats To Free Speech. That the effects of these anti-free speech digital initiatives aren’t just confined to a single country, Turley observes:

The French and Germans have given up in trying to convince the United States to surrender its free speech protections. They realized that they do not have to because by imposing crippling penalties, major companies will be forced into censoring speech under poorly defined standards. The result could be the curtailment of the greatest invention fostering free speech in the history of the world. It is all happening without a whimper of opposition from Congress or from most civil liberties organizations.

And if anyone were in doubt as to the value of, and agenda behind, likely false flag shootings such as the one by Brenton Tarrant in New Zealand, this articles answers that.

In May, Canada launched a so-called Digital Charter, meant to promote “trust in a digital world”. The charter contains ten principles, three of which deal with “hate speech and disinformation”.

The charter, said Canadian Prime Minister Justin Trudeau, will target fake news and hate speech online. “The platforms are failing their users, and they’re failing our citizens,” he said. “They have to step up in a major way to counter disinformation. And if they don’t, we will hold them to account and there will be meaningful financial consequences.”

“The Government of Canada,” the charter says, “will defend freedom of expression and protect against online threats and disinformation designed to undermine the integrity of elections and democratic institutions. Canadians can expect that digital platforms will not foster or disseminate hate, violent extremism or criminal content.”

“There will be clear, meaningful penalties,” it adds, “for violations of the laws and regulations that support these principles.”

As has become standard in such cases, the charter contains no definition of what constitutes “hate”, making it a catchall for whatever the Canadian government deems politically inopportune. This is all exhaustingly familiar by now: Germany already has legislation that requires social media platforms to censor their users. Social media companies are obliged to delete or block any online “criminal offenses” within 24 hours of receipt of a user complaint; the German government can fine them up to 50 million euros for failing to comply with the law. France is working on it.

The Digital Charter was launched the week after Canada signed the “Christchurch Call to Action — yet another government-led drive for more censorship in the name of fighting “terrorist and violent extremist content online”.

Canada already has hate speech laws in its criminal code, according to which anyone who publicly “incites [or willfully promotes] hatred against any identifiable group” commits an indictable offence”[1]. The “identifiable group “includes “any section of the public distinguished by colour, race, religion, national or ethnic origin, age, sex, sexual orientation, gender identity or expression, or mental or physical disability.”[2] Section 318 prohibits advocating or promoting genocide.

To some, however, the criminal code on hate speech is apparently not enough. In June, the House of Commons Standing Committee on Justice and Human Rights, in a report titled “Taking Action to End Online Hate,” recommended that the Canadian government establish a “civil remedy” for those who claim that their human rights have been violated. After hearing a large number of witnesses, the majority of the Committee suggested that Section 13 of the Canadian Human Rights Act — or something similar to it — be reinstated.

Section 13 was a very controversial provision, repealed in 2013 under the Stephen Harper government after being criticized by free-speech advocates for enabling censorship on the internet. Section 13 stated that it was discriminatory for people to communicate via computer or on the internet “any matter that is likely to expose a person or persons to hatred or contempt by reason of the fact that that person or those persons are identifiable on the basis of a prohibited ground of discrimination”. [Emphasis added][3]

In its report, the House of Commons Committee also made a number of other recommendations to the Canadian government for the fight against “online hatred”, among them:

Increasing funding for law enforcement, crown attorneys and judges to ensure sufficient training “on the importance, and the need to combat online hatred, including being sensitive to complainants”.

Improving data collection, so that the government ensures that, “we have a more complete understanding of the extent of hatred in Canada, particularly hatred that is directed online”. This undertaking includes the establishment of “uniform pan-Canadian guidelines and standards for the collection and handling of hate crime data and hate incident data” and “a national database to retain and analyze hate crime and hate incident data”. To do this, the committee asks that the government address that “members of marginalized groups… feel more comfortable reporting hate incidents and hate crimes directly to civil society organizations which reflect their community rather than law enforcement officials… resources need to be allocated to assist in the collection of data, by both governmental institutions as well as civil society organizations”.

Crucially, police forces and other “agents of the state” who work with hate crimes must “reflect the racial, religious, LGBTQ and general diversity of the populations they represent. Police forces, particularly their hate crimes units, must work collaboratively alongside civil society organizations…”

Furthermore, in order to “prevent online hate”, the government “should educate the population as to what on the Internet constitutes hate”.

Unlike many other such initiatives, the committee wants the government to formulate a definition of what constitutes “hate”, pointing out:

“It is critical that this definition acknowledges persons who are disproportionately targeted by hate speech including but not limited to racial, indigenous, ethnic, linguistic, sexual orientation, gender identity, and religious groups”.

Finally, and in line with European developments, the committee asks the government “to establish requirements for online platforms and Internet service providers with regards to how they monitor and address incidents of hate speech, and the need to remove all posts that would constitute online hatred in a timely manner”. As in Europe, the suggestion is that online platforms will be financially penalized if they fail to live up to the requirements:

“Online platforms must have a duty to report regularly to users on data regarding online hate incidents (how many incidents were reported, what actions were taken/what content was removed, and how quickly the action was taken). Failure to properly report on online hate, must lead to significant monetary penalties for the online platform”.

Not everyone, however, agrees with the proposed strategy for the Canadian government. The Conservative party wrote a dissenting opinion[4] in the report, according to which:

“… many of the suggestions would, if implemented, have the dual impact of stifling free speech of those acting in good faith, while also serving to further radicalize bad actors by driving their communication out of the public square… Driving reprehensible ideas underground will not end them. It will merely prevent them from being debated and debunked.”

The Conservative members of the committee were against reintroducing the repealed section 13 of the Canadian Human Rights Act. They recommended instead that sanctions regarding hate crimes online or elsewhere should be dealt with under the appropriate sections of the Criminal Code. They also recommended that “The definition of ‘hate’ under the Criminal Code be limited to where a threat of violence, or incitement to violence, is directed against an identifiable group” and that “rather than attempting to control speech and ideas, the Government explore appropriate security measures to address all three elements of a threat: intent, capability and opportunity”.

“Far too many innocent individuals have been impacted by extremist violence in recent years. Sickening ideologies which encourage individuals to take the lives of their fellow human beings have faced a concerning proliferation both at home and around the world. Yet sadly, Justin Trudeau and the Liberal Members of this Committee have tried to use these troubling events as a way to bolster their political fortunes. They have tried to paint anyone who doesn’t subscribe to their narrow value set as an extremist. This is dangerous. Conservatives believe that Canadian society is resilient precisely because it offers a big tent for all sort of views … 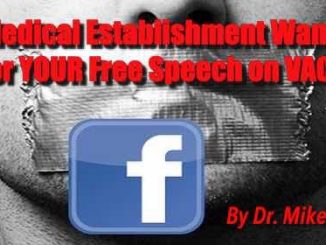 Pornography and Political Control, Not Liberation As We’ve Been Told 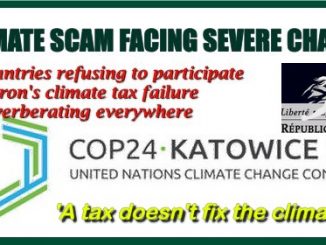