Italy: Salvini Out, Migrants In

More than 1,400 migrants reached Italian shores since the new government took office on September 5, according to data compiled by the International Organization for Migration (IOM).

Many of the new arrivals are reaching Italy by using new people-smuggling routes that originate in Turkey. In recent weeks, at least five migrant boats have landed in Calabria, in the far south of Italy. On September 21, for instance, 58 migrants, all Pakistani males, reached the Calabrian port of Crotone.

People-smuggling mafias are also using new routes in the Southern Mediterranean to move people to Italy from sub-Saharan Africa. In recent weeks, criminal groups have used small boats to transport 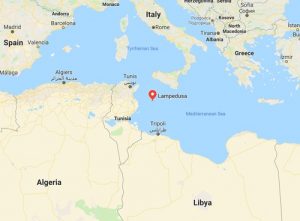 migrants from Libya to Tunisia, from where the crossing to Lampedusa (see map), Italy’s southern-most island, is shorter and less risky. On September 20, for example, 92 migrants from sub-Saharan Africa — Gambia, Ivory Coast, Mali and Senegal — reached Lampedusa.

At the same time, Italy’s new government also appears to be taking a more lenient approach to the migrant rescue ships operated by European charities, which have been accused of coordinating with people-smuggling mafias to pick up migrants off the coast of Libya and transport them to Italian ports.

On September 14, the Italian government authorized the Norwegian-flagged Ocean Viking, operated by the French charities SOS Méditerranée and Médecins Sans Frontières (MSF), to dock at Lampedusa, where 82 migrants picked up off the coast of Libya were allowed to disembark.

On September 24, the Italian government allowed the Ocean Viking, this time carrying 182 migrants, to dock at the Sicilian port of Messina.

Whereas Salvini had banned migrant rescue ships from docking at Italian ports, the new government’s more lenient approach appears also to be encouraging European non-governmental organizations (NGOs). On September 23, the Spanish NGO Open Arms announced that it would resume migrant rescues on board a vessel called Astral.

In August, Open Arms and its rescue ship of the same name (pictured) were involved in a three-week stand-off with the Italian government, which refused to allow the vessel to dock in Italian ports. After more than a dozen migrants jumped overboard and tried to swim to shore, Sicilian prosecutor Luigi Patronaggio on August 20 ordered the Open Arms, anchored one kilometer off Lampedusa, to dock in Sicily so that its passengers could disembark. Subsequent video footage showed that Open Arms staged the jumps to manipulate public opinion. Italian authorities later impounded the ship. 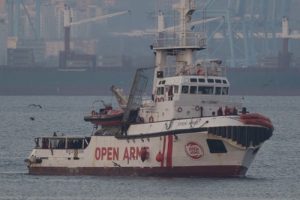 The Spanish government vowed to take a harder line against the Open Arms NGO. On August 21, Spain’s acting Deputy Prime Minister Carmen Calvo told Cadena SER radio that the Open Arms did not have a permit to transport migrants and could be fined €900,000 ($1,000,000) for violating a ban on sailing to the seas off Libya. That threat does not appear to have deterred the Open Arms NGO. It now says it will rescue migrants in the Aegean Sea between Greece and Turkey.

NGOs such as Open Arms claim to be playing an invaluable humanitarian role in saving the lives of refugees and asylum seekers fleeing war and oppression in their home countries. Statistics show something else entirely.

The data indicates that most of the migrants arriving in Italy are economic migrants, not refugees fleeing warzones.

In some instances, migrants arriving in Italy are hardcore criminals posing as refugees. On September 26, the Italian newspaper Il Giornale reported that a German migrant rescue ship called Sea Watch 3, which in June rammed an Italian border-control vessel that was trying to stop it from reaching shore, allowed three human traffickers who were posing as refugees to disembark in Lampedusa.

A Guinean, Mohammed Condè, and two Egyptians, Hameda Ahmed and Mahmoud Ashuia, recently were arrested in Messina (ER: on the island of Sicily). They are accused of operating a migrant detention camp in Libya where they allegedly tortured, raped, kidnapped and even murdered migrants from sub-Saharan Africa who were trying to make their way to Europe. Il Giornale reported that the new Italian government had tried to conceal information about the arrests from the general public before the story was leaked to the media.

Meanwhile, the interior ministers of France, Germany, Italy and Malta met on September 23 in the Maltese capital, Valletta, where they agreed to a tentative proposal for shipwrecked migrants to be “voluntarily redistributed” throughout the European Union.

The four-point plan, which will be presented to the interior ministers of all 28 EU member states at a summit in Brussels on October 17-18, is designed to boost Italy’s new government by showing “European solidarity.”

Similar proposals have failed in the past and there is no reason to believe this one will be different, largely because the concept of European solidarity is a myth. So far only six EU states have agreed to migrant redistribution: France, Germany, Greece, Italy, Malta and Spain. 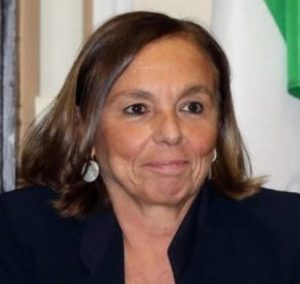 Italian Prime Minister Giuseppe Conte has insisted that the issue of immigration “must no longer fuel anti-European propaganda.” He has also said that the government’s softer line on illegal immigration is based on “the formula of a new humanism.” He appointed Luciana Lamorgese (pictured), a career bureaucrat who has moderate views on immigration, as Italy’s new interior minister. Italian journalist Annalisa Camilli explained the changes:

“Basically, Italy is saying to Europe, we’re breaking with the past policy. It’s a big message that Italy has chosen to come back in line with Germany, France and Spain instead of aligning with [anti-migrant] countries such as Hungary and Poland under the former far-right interior minister Matteo Salvini.”

Salvini has condemned the new government as one “produced by Paris and Berlin, born out of a fear of giving up power, without dignity and without ideals, with the wrong people in the wrong place.”

Salvini has also accused Conte of re-opening the floodgates of mass migration: “Conte has reopened Italian ports, the migrant landings are increasing for the first time in two years,” he said in an interview with Sky Tg24 television. He also tweeted: “The new government reopens the ports, Italy is once again the REFUGEE CAMP of Europe. Abusive ministers who hate the Italians.”

This downward trend clearly reversed immediately after the new government took office in September, as the IOM data show.

The return of mass migration to Italy is likely to push Italian voters to the arms of Salvini, who is now the most trusted politician in Italy, according to a new poll published by the newspaper Il Giornale on September 19. 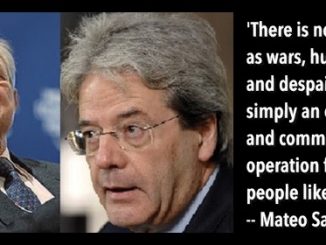 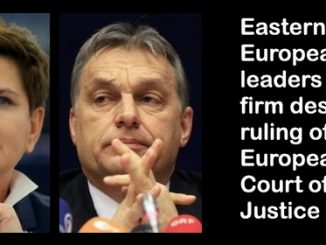