The Art of War

They are currently discussing how much and what funding Italy will receive from the European Union and under what conditions.

Calm, reassuring messages are arriving from Brussels. However, as the majority of this funding will be provided in the form of loans, various economists are alarmed about the danger of a high level of indebtedness and the subsequent loss of economic sovereignty.

Thus, the implications of the plan of “assistance” to Italy launched on 10 April by President Trump (il manifesto, 14 April 2020) continue to be ignored. And yet the US ambassador to Italy, Lewis Eisenberg, defines it as “the largest financial aid that the United States has ever given to a Western European country since 1948, at the time of the Marshall Plan”. In support of anti-Covid health activities, already “tens of millions of dollars have gone and will go to the Red Cross and certain non-governmental organizations” (not further specified).

In addition, the plan provides for a series of measures to “support the recovery of the Italian economy”. To this end President Trump has ordered the Secretaries of the Treasury and Commerce, the President of the Export-Import Bank, the Administrator of the US Agency for International Development, the Director of the United States International Development Finance Corporation (a government agency that finances private development projects) to use their tools to “support Italian companies”. It does not say which companies are and will be financed under this plan, nor what conditions are attached to this financing.

Ambassador Eisenberg speaks in general terms of the excellent relations between the United States and Italy, demonstrated by “important economic and strategic indicators”, including “one of the largest military agreements with Fincantieri”, which last May won a contract worth about $6 billion to build ten multi-role frigates for the US Navy. The Italian group, 70% controlled by the Ministry of Economy and Finance, has three shipyards in the USA, where four similar warships for Saudi Arabia are also under construction.

These and other powerful interests – particularly those of the major financial groups – are alienating Italy from the United States. Not only Italy’s foreign and military policy, but also its economic policy is thus subordinated to the strategy of the United States, which is increasingly focused on a political, economic and military confrontation with Russia and China.

Washington’s plan is clear: to exploit the crisis and the fractures in the EU to strengthen US influence in Italy. The consequences are obvious. While, for example, it would be in our national interest to remove the sanctions against Moscow, in order to boost Italian exports to Russia to give oxygen especially to small and medium-sized enterprises, this choice is made impossible by our dependence on the choices of Washington and Brussels. At the same time, Italy’s agreements with China in the framework of the New Silk Road, which are not very popular in Washington, are in danger.

The lack of real political sovereignty prevents these and other choices, all of vital importance in overcoming the crisis. But of all this, in the political talk show, nothing is said. 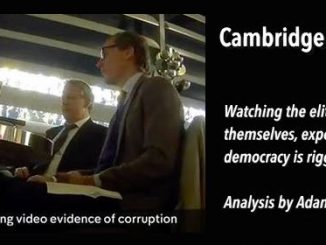 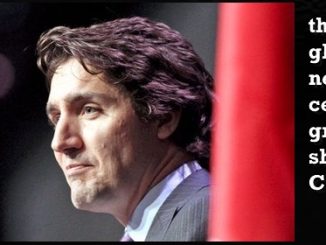 1 Comment on Italy: No Economic Sovereignty Without Political Sovereignty