A secret meeting between the Cabinet Chiefs of France and Cameroun sacrifices French interests in favour of the EU. 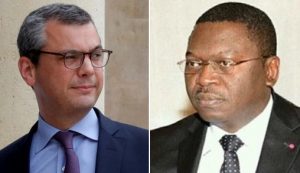 On 19 August, Alexis Kohler (pictured), Macron’s cabinet chief, met with his Cameroonian counterpart Ferdinand Ngoh Ngoh (pictured) while ostensibly on holiday in Switzerland. The meeting was apparently organised by Jean-Luc Schaffhauser who had previously organised Russian loans for France’s far-right Front National leader Marine le Pen. It is unclear if the French Ministry of Foreign Affairs is aware of the meeting.

The meeting discussed the takeover of Douala port by Mediterranean Shipping Company (MSC) and its subsidiary Terminal Investment Limited (TIL). MSC is owned by Swiss/Italian billionaire Gianluigi Aponte, who is believed to be in the top 200 richest people in the world. His wife Rafaela, the daughter of a wealthy Swiss banker, is a first cousin of Alexis Kohler’s mother. Discreet and aloof in their dealings with the public, the Apontes take great pride in the family aspect of their business. But could their “family values” hide a more sinister nexus of relationships?

Shortly after the Kohler/Ngoh meeting, it was reported that MSC had obtained rights to Cameroon’s 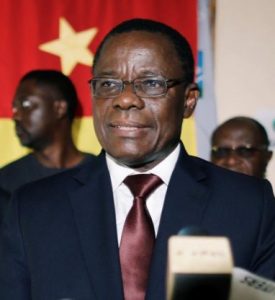 There is no independent means of verifying here what happened after the elections. But claims of electoral fraud followed by rioting are standard US regime-change tactics. Kamto is defended by international lawyer William Bourdon and Eric Dupont Moretti who, along with a group of other lawyers, wrote a letter to Macron demanding Kamto’s release.

Bourdon does not appear to have shown any interest in the corruption of Ferdinand Ngoh Ngoh, who has amassed a fortune in shady deals.

Referring to US-backed protest marches, the authors of the letter say that the long-term interests of France are not to go against the «march of history.» One could hear similar rhetoric before the French intervention in the Ivory Coast in 2010 and Libya in 2011. Macron admitted to a group of students in Burkina Faso in 2017 that the Libyan intervention had been a disaster.

What exactly do the lawyers mean when they talk about French interests? The letter appeared just weeks after the meeting between Alexis Kohler and Ferdinand Ngoh Ngoh. Were the French lawyers aware that the balance of power had changed in Cameroon with the arrival of MSC, which is pro-Kamto?

In July, President Macron recalled his ambassador Gilles Thibault from Youndé. Thibault is believed to have been too close to the incumbent Paul Biya. It is reported that Thibault negotiated the political asylum to members of MRC to Paris with President Biya. Paris is now actively promoting American anglophone influence in Africa — at the expense of French culture and strategic interests.

The United States backs the separatist Ambazonia movement which wants a separate English-speaking state in Southern Cameroons. Macron’s betrayal of Bolloré is also a betrayal of Francophone hegemony, as more African countries follow the route of Rwanda — abandoning French for English. 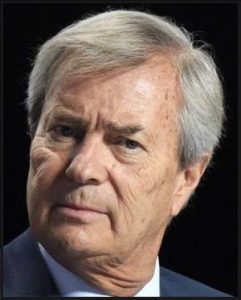 The take-over by MSC ousts French billionaire Vincent Bolloré (pictured) from the port; and he could now lose his monopoly over African trade, as companies favoured by Macron’s international network take over West Africa. MSC has not hidden its ambition to take over all of Africa’s ports.

This is not the first time Alexis Kohler has used his public position for his own private interests. He was previously sanctioned by the deontology commission for advising STX France on its dealings with MSC.

As much of the French economy is linked to African interests, the fall of the Bolloré empire in Africa could have long-term catastrophic effects on the French economy and its geopolitical influence in Africa. Although Bolloré hoped to maintain his influence in French politics by backing Macron, the Rothschild poster-boy looks determined to sacrifice French interests in favour of high finance and its nebulous power-networks; and it looks the new managers are decidedly anglophone with strong connections in the United States and UK.

Lloyds Insurance are also involved in the deal. The current director of MSC, Diego Aponte appointed Ammar Kanaan as CEO of TIL in 2018. Kanaan is a Saudi graduate of MIT whose father is a major investor in MSC. MSC likes to keep things « in the family. »

MSC and the Calabrian Mafia

But MSC’s Cameroonian acquisition is of no real benefit to Italy; MSC is not a state-owned company. Gianluigi Aponte may originally stem from Napoli, but he has done little to benefit Italians. His company has made extensive use of fiscal paradises around the world to avoid tax. Not listed on the stock exchange, the world’s second-largest shipping company refuses to publish its annual turnover. It has 510 ships which cover 200 maritime routes and serve over 500 ports around the world.

In fact, the company appears to have troublesome links to Italy’s most notorious mafia, the Ndranghetta. The Ndranghetta mafia is based in Calabria, Italy. 80% of Europe’s cocaine passes through Gioia Tauro port in Calabria — most of it imported from Colombia. Now, MSC is the only major shipping company left in the port. The Ndranghetta have sabotaged industrial development in southern Italy.

Is Emmanuel Macron attempting to bring French Africa to an end?

While few will regret the end of French neo-colonialism, a different and far more ruthless form of domination is taking its place: the colonialism of Wall Street interests and international criminality. On 17 June one of the biggest drug seizures in US history occurred in Philadelphia when a ship operated by MSC and owned by J.P Morgan Chase was inspected by US authorities. US Attorney William M. Mcswain said:

“This is one of the largest drug seizures in United States history. This amount of cocaine could kill millions – MILLIONS – of people.”

The drugs seized had a street value of $1.3 billion, and were due to be reshipped to Europe.

MSC has been implicated in many other drugs seizures. The much-maligned former Italian Minister of the Interior Matteo Salvini called the Ndranghetta mafia the “cancer of Italy.”

Now that Salvini is out of the game, relations between France and Italy have been repaired; and the future looks promising for the interests of the Italian ruling elite in a country where 3% of its GDP comes from what is considered to be Europe’s biggest unofficial corporation: Ndranghetta.

This is a new form of imperialism, for neither the French nor the Italian state has gained a foothold in Cameroon. Rather, French imperial interests have been superseded by an opaque network which functions as an international state and is accountable to no one.

Former EU Commissioner Xavier Solana once said that the EU is a “laboratory for world government.” World government could be a positive development, but what kind of government? Kohler’s deal is all about preserving the European Union, which is becoming more like a crime syndicate with global ambitions.

In Lomé, Togo where MSC-TIL run most of the port activity, workers have described it as the «port of death». Slave-like work conditions, chronic illnesses and multiple deaths from exhaustion and poisoning have been reported. Perhaps many of them will be forced to jump on boats and try their chances in Europe –but that may not necessarily change their employer or his associates.

One of Italy’s largest and oldest asylum centres was busted in 2017 when police found it had been run for over ten years by the Ndranghetta. State prosecutors said many NGOs were siphoning off Italian state funds through the trafficking of migrants.

The French media have made much of Vincent Bolloré’s relationships with «authoritarian» African leaders and dubious port concessions. But they would do well to focus on the conflict of interest in the Elysée Palace.

Is President Macron selling out French geostrategic interests in order to please Bruxelles? Even the French language in many formerly Francophone countries now seems destined for obsolescence. French prosecutors should investigate the illegal business activities of Alexis Kohler. Is France still a state of law? How is it possible that a French Cabinet Chief can secretly meet with his counterpart in another country to fix deals which jeopardize the national interest?

It seems the same companies who use the developing world as resource colonies for raw materials, drugs and wars, ship their inhabitants around the world to serve as a standing reserve army of occupation against organised labour at home. The rule of law is breaking down. Are our governments handing over our nations to drug-pushers and human traffickers? Is the human being becoming abandoned cargo in the ports of death? 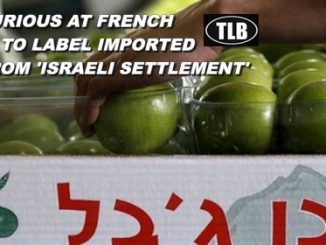