Identity Politics: A Control Mechanism Exploited by the Ruling Elite 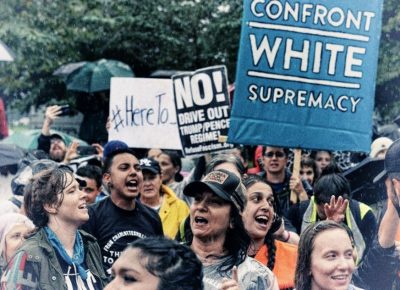 There will not be a Peasants’ Revolt like the one in 1381. We don’t have a Jack Straw, John Ball, or Wat Tyler to lead and guide us. Those revolutionaries were betrayed by officers of Richard II—Richard was 14 at the time—who agreed to eliminate serfdom and heavy taxation on the commoners. The concessions were ignored and the rebels ended up with their heads piked on London Bridge.

Now we have few if any leaders willing to expose themselves to the vicious retribution of the state. No longer are heads removed from bodies, hoisted up on pikes, and paraded around London as a warning to others.

Instead, leaders or presumptive leaders are brought down by legal and extralegal means. In the 1960s, it was decided leaders and activists like Martin Luther King, Malcolm X, Fred Hampton, and even the President of the United States and his brother should be assassinated. The state is a master of subterfuge, manipulation, torture, murder.

In the 14th century, leaders of revolts were tortured, flayed, starved, beaten, and decapitated in a very public way. Now everything happens mysteriously behind the scenes. Murdered opponents are portrayed by the state’s propaganda media as victims of accidents (Michael Hastings) or suicides (Gary Webb). An untold number of others are defamed—engaged in, as the FBI tells us, terroristic conspiracy theories—and have careers ruined, reputations slandered, their homes attacked by violent thugs in masks.

The state no longer requires heads on pikes—or drawn and quartered bodies—to frighten the people into submission.

The American people are not yet on the verge of starvation like the serfs and peasants of medieval Europe. The middle class—known as the “middling sort” in the 17th century—is ready for a postmortem in the early 21st century. The “middling” commoners were useful in building wealth and creating widespread prosperity after World War II. It would be whittled away and stolen by the elite in the following decades.

The average middle-class citizen (not realizing an economic gain since the 1970s) is not a revolutionary. He’s a deeply brainwashed and trained not to think outside of the political parameters established by the state. Since the unfortunate election of Donald Trump, this demand for conformity and consensus (for war, theft, mass murder) has taken on absurd proportions with the inexplicable rise of what we call the Left and its revised communist class conflict doctrine of identity based on race and gender.

The Identity Left is not actively opposed to war and a bankster theft economy that moves all wealth upward to the financial class and the ruling elite. Because taxation cannot possibly raise enough money to pay for endless wars and numerous government schemes, including socialism for corporations and banks, most of us have become debt slaves apparently not overly concerned about the fact our children will be forced at gunpoint to pay for the wars and “bailouts” of a financial class that has socialized loss. The parasitic ruling elite controlling the political arrangement never talk about this debt. Instead, they create a media blizzard of social and political irrelevance to distract us.

Meanwhile, over on the “New Right,” much energy and time are spent trolling and trading barbs and punches with the Identity Left. Both sides battle for control of the state (or rather the illusion of control) and savor the ability to punish their enemies.

The Identity Left now influences the state and its institutions, in particular, educational institutions and the corporate propaganda media. Transnational corporations parrot identity absurdities while media trains modern serfs how to think about class, race, sex, and behavior.

This has nothing to do with liberation, in fact, it is the opposite—according to the cultural Marxist Identity crowd, all white people are evil and all men are sexual predators, thus the response must be reverse racism, sexism, and mob violence, increasingly encouraged and supported by the state. 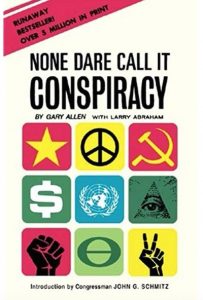 Gary Allen hit the nail squarely on the head way back in 1971:

If one understands that socialism is not a share-the-wealth program, but is in reality a method to consolidate and control the wealth, then the seeming paradox of superrich men promoting socialism becomes no paradox at all. Instead it becomes the logical, even the perfect tool of power-seeking megalomaniacs. Communism, or more accurately, socialism, is not a movement of the downtrodden masses, but of the economic elite.

Same can be said for the Identity movement. It is not a program to emancipate “minority communities at risk,” the “downtrodden,” or end sexist behavior and normalize homosexuality (and pedophilia), but is rather an effort to destroy social norms and impose authoritarian control. This process is much easier when the population is divided along artificial lines and swimming in a cesspool of decadence, perversion, and moral ambiguity.

The Identity movement is so caught up in its irrational and disruptive ideology, it does not realize it is being played.

The ruling elite has no intention of sharing the wealth or correcting perceived inequalities. It is engineering the ultimate control mechanism. It is paying lip service to the most radical and potentially violent activists—active violence in the case of Antifa—not for the sake of social justice, but the opposite. 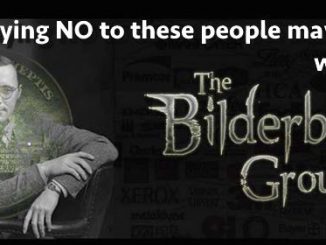 The Beginning of the End of the Bilderberg Era? 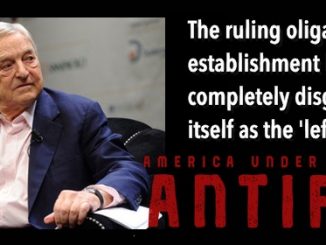 The Harmful Effects of Antifa by Diana Johnstone