2 million complaints in 3 weeks, and victory!

I am pleased to see that the French seem to be waking up, with the numerous demonstrations against the “digital concentration camp” that is being set up. I would like to tell you how in Moscow we managed to make the mayor, who also seems to have nostalgia for a certain period, bend over backwards…

Let me go back a little.

For about a year now, there have been almost no restrictions in Russia. Only wearing a mask is compulsory on public transport and in shops… in theory. In practice, let’s say that 20% at the most wear it, and that apart from occasional actions ordered by the town hall, the police look the other way and don’t fine anyone.

A month ago, Vladimir Putin declared that he was totally opposed to compulsory vaccination, which should be a personal choice. The next day, he flies to meet Biden in Geneva. While the presidential plane was still in the air, the mayor of Moscow dropped a bombshell by publishing a decree imposing compulsory vaccination “for certain categories of people”! (ER: Moscow’s mayor Sergei Sobyanin is known to be a globalist.) Total astonishment, but this is not a joke! The decree also foresees sanctions against recalcitrant people, up to dismissal! The mayor therefore set up a very efficient organisation with vaccination centres all over Moscow: in shopping centres, parks, etc. The mayor’s decision was immediately copied by several governors, including the governor of the “Moscow region”.

The sectors concerned are basically all those where employees are in contact with customers! Almost everyone, in fact, and the mayor requires that 60% of people there be vaccinated. Transport, shops, services.

Vladimir Putin, once back in Russia, remains silent. Only his spokesman declares that no, the vaccination is not compulsory since only certain categories of people are concerned, and that they can change jobs if they don’t like it! The fury rumbles on the Telegram groups.

In the following weeks, very few people show up to be stung. Seeing this, the mayor of Moscow takes a measure that will cause a second huge scandal: He forbids the access of non-vaccinated people to restaurants and cafes. And the control will be done by a QR-code, obtained once vaccinated.
Even though this concerns only a few of the 12 million Muscovites, it triggers a huge scandal, again on Telegram. At the same time, hackers got busy and very quickly offered QR-codes with registration in the federal database of vaccinated people in return for money.

But, especially in Russia, this kind of thing does not go down well, a reminder of the “dark hours” of war. Yellow stars are beginning to blossom on T-shirts, but above all the protest is getting organised.

Taxis, for example, whose company bosses (GET, Yandex, etc.) announced that they could not keep non-vaccinated drivers, immediately developed a smartphone application “reserved for non-vaccinated customers without masks”! A huge success immediately! Some restaurants also refuse to respect the measures and continue to welcome customers. But many others close down permanently: 700 cafes and restaurants were counted closed in Moscow in 2 weeks.

Once again, the most important thing is happening online. For the past 10 years, the government has been developing perfectly efficient online services: Do you want to write to the FSB? To the prosecutor? To the tax collector? To a minister? You can do it online! Guaranteed answer within 10 days! Lawyers are preparing “standard” letters of complaint against the mayor of Moscow, addressed to all administrations. Because, of course, the measures are totally illegal and violate all codes, and the Constitution!

A spokesman for the Moscow Prokurature says that they receive an average of 5,000 complaints a day, every day. And people write to the FSB to accuse the mayor of “treason”, to the Ministry of Labour to complain about the violation of the labour code, etc., etc. It’s a real tidal wave that cannot be ignored since the electronic mailings are all “signed” electronically, there can be no faking. In addition, telegram is flooded with testimonies from doctors who warn against this vaccination. A video is making the rounds, where we see a freshly vaccinated person in a park being evacuated on a stretcher, and the people waiting for their turn quickly get out! And hackers crash the servers that control the QR codes.

At the same time, all opinion polls point to a disaster in the September parliamentary elections. The ratings of the political parties, which are all silent (except for the communists, but no one listens to them anymore!), are in free fall, and everyone expects a masterly beating from United Russia, Vladimir Putin’s party. This allows a “patriotic” party, the ROS, to come to the fore.

As far as vaccination is concerned, the number of people vaccinated has risen a little, but we are still far from the 60% required by the mayor. Even though he declares every day that he is well on the way to achieving the goal, the truth is that less than 20% of people have been injected! And in that 20% are an unknown but presumably large number of “fake vaccinated”… There are some real scumbags who go as far as getting their QR-code tattooed on their arm, at the initiative of an express delivery service subsidiary of Sberbank, Russia’s largest bank with more than 100 million customers. The bank is run by Gref, a great friend of the mayor of Moscow! The latter, unperturbed, added to this and threatened last Wednesday to close Moscow completely if people did not go for vaccinations.

This will be the last straw that will make everything explode. Tattoos on the arm remind us of a lot of things, and in Russia this is not acceptable. It’s the rage on Telegram, some calling for expeditious measures against the mayor, who is presented dressed in Nazi uniform, the ultimate in Russia. Vladimir Putin’s popularity rating “plummets” to 60% (still not bad but it was 75%!), and some politicians start to get scared and whisper that the elections could be postponed…

It won’t happen because on Friday, while nobody expects it, the mayor of Moscow declares he’s cancelling the QR-codes from Monday (tomorrow – July 19), for the reason that the 60% rate of vaccinated people is almost reached. A huge lie, the real rate is around 20%. In the medical services, it is said that less than half of the staff is vaccinated.

In reality, the Kremlin has “received the message” from the citizens, the figure of 2 million complaints is put forward. And just like last year when the mayor of Moscow received a phone call in the middle of a meeting while announcing the continuation of the quarantine, ordering him to stop everything, he was ordered to stop his bullshit.

Monday is tomorrow, but many didn’t wait, and reopened their bars and restaurants on Friday night!

Why don’t you do the same in France? Flood your leftist judges with complaints against the violation of your liberties! Use them, who can’t see Macron even from a distance! Street demonstrations are useless, unless you go there with weapons. Otherwise they are an opportunity for provocateurs to distort your just struggle! You probably also have capable “hackers”, so let them hack into databases and crash servers! Everything must be used against this clique of scum! (ER: Message from France – ‘we’re working on it’) 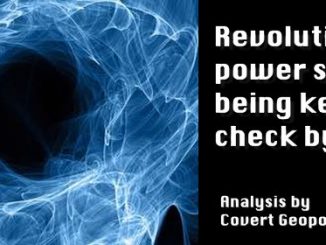 Cold Fusion is Here, But… 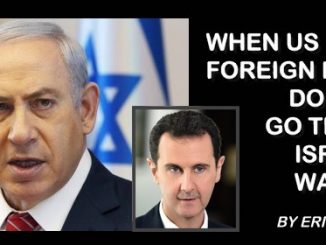 Netanyahu Now Intends to Assassinate Assad. Will The U.S. Allow It? 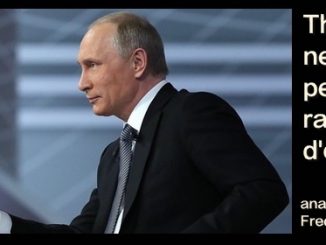