The EU promise of equality in economics and justice for all is just not panning out. Nowhere is this more evident than in Italy, where new Deputy Prime Minister and Interior Minister Matteo Salvini is fighting back at a system of unequal democracy.

Salvini’s La Lega Party just smashed the doors in on the European banker’s stronghold on politics in the zone by snatching 34% of the vote in the EU Parliament. Mirroring the trend in Greece, where the jokester Alexis Tsipras’ party was asked to clean out their collective desks by conservatives, Italy is just fed up with Brussels and the liberal world order’s minions. All across the Euro Zone, traditionally powerful center-left and center-right parties have suffered huge election losses to ideologies like that of 46-year-old Salvini. While the “loser” brigades who once rallied under the master of political mediocrity and Luxembourg banker puppetry, Jean-Claude Juncker, Salvini’s influence has grown as he cements alliances with leaders such as France’s Marine Le Pen, who the French wish they’d elected over Rothschild manservant, Emmanual Macron. And while the passing liberal order whines about Salvini being a new Benito Mussolini, the fact remains that the far and moderate left have left the people of most of Europe behind where they should be. At a recent rally in Milan, Salvini addressed the mudslinging of the leftists who label all conservatives “far-right or fascists”:

From Romania to Portugal, austerity and national debt have laid bare the favoritism the EU arrangement has shown to Germany, France, and their satellite partners. The truth of the populist wave in Europe is the failure of the Euro Zone – end of story. The allusions to either Salvini or France’s Le Pen being Nazi-like come from the leadership of what I have called the “Fourth Reich,” which has conducted economic Blitzkrieg from the steps of Russia to Greece, Italy, Spain, and far off Ireland.

At the end of the day, Matteo Salvini more resembles a 21st-century savior of the Italian people’s legacy than some Il Duce the real neo-fascists say he is. I’ll not dive into the privatization of Italy’s assets that the Luxembourg and Frankfurt bankers want to go on the chopping block. Anybody who studies the IMF, World Bank, and Rothschild money men and women know the asset pirates want it all from the Acropolis in Athens, to the Colosseum in Rome. This news about the European Central Bank (ECB) threatening to increase Italy’s debt to GDP ratio if more is not “paid” through privatization reminds me of mafia thugs twisting the thumbscrews on a loan. This is how the game is working in the EU.

The vehemence with which the banking elites now pursues Italy seems timely. Greece has sold off billions in state assets, swatted the people with unbelievable taxes and austerity, and now that citizens have had enough it seems like banker logic to “double down” on Italy and other indebted nations. I am no economist, but the macro view on these things leads to the evil of supercapitalism and necessary growth. The “margins” elitist empires, such as the Rothschild one, depend on either having to come from taking down Putin’s Russia to get more resources in play, or milking the hapless citizenry of Europe dry. This is why I think of leaders like Salvini and Le Pen as the last hope. In Greece, it remains to be seen whether or not the people here can even find a hero to buck the system. Tsipras’ successor may be batting for the same team. I hope they can find the same good fortune Italy has.

Phil Butler, is a policy investigator and analyst, a political scientist and expert on Eastern Europe, he’s an author of the recent bestseller “Putin’s Praetorians” and other books. He writes exclusively for the online magazine “New Eastern Outlook.”
https://journal-neo.org/2019/06/04/how-lucky-is-italy-to-have-matteo-salvini/ 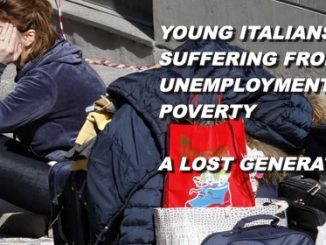 How Italy’s Younger Generation Is Suffering Amid Rising Poverty 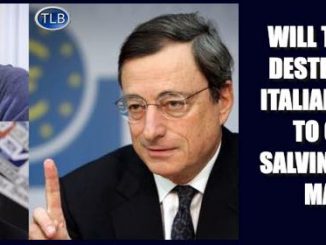