Caitlin Johnstone’s advice to go with the message, to elevate the idea that someone is putting out irrespective of whether you know their true intentions is very sound. As is her advice not to hero worship anyone – which is a classic human fallback position when we like what someone is telling us. That can get us into all sorts of personal trouble by rendering us blind and unthinking.

It’s also great advice for running an independent news website and feeling torn when you like the idea that someone is writing about, but you don’t like their overall political position. Are they/their website too ‘progressive’ left, too much alt-right, too much …? If the ideas make sense based on what you know to date, fine – go ahead and publish. Disseminate a good idea and educate yourself along the way.

How To Tell If Someone Is Controlled Opposition

Paranoia pervades dissident circles of all sorts, and it’s not entirely without merit, since establishment infiltration of political movements is the norm, not the exception. This article by Truthout documents multiple instances in which movements like the 1968 Chicago DNC protest and Peter Camejo’s 1976 anti-establishment presidential campaign were so heavily infiltrated by opaque 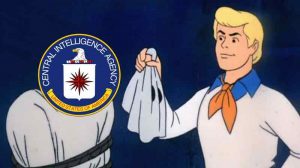 government agencies that one out of every six people involved in them were secretly working for the feds. This trend of infiltration is known to have continued into the current day with movements like Occupy and Black Lives Matter, and we’d be ignorant not to assume that this has been at least as rampant in online circles where people organize and disseminate ideas and information.

So it’s understandable that people are extremely vigilant about prominent figures in dissident circles, and it’s understandable that people feel paranoid. Over and over again we see shining anti-establishment movements fizzle or rendered impotent, often seemingly with the help of people we once trusted, and it’s hard not to get frustrated and become suspicious of anyone who starts shining bright in antiwar, leftist, or other dissident circles.

The trouble with this paranoia and suspicion is that it doesn’t seem to function with any kind of intelligence. I have received such “controlled opposition” warnings about pretty much every prominent dissident figure in the English-speaking world at one time or another, and if I believed them all there’d be no one in the world whose words I could share or write about, including my own. I myself have been accused at different times of being a “plant” for the CIA, the Russians, Assad, the Chinese Communist Party, the Iranian mullahs, the alt-right, Trump, Pyongyang, and the 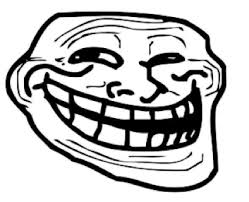 Palestinians, which if all true would make me a very busy girl indeed. Since I know I’m not a plant for anybody, I know for myself that such accusations don’t come from a place of insight with any degree of reliability, and I’ve therefore had to find my own way to navigate this confusing landscape.

So since I know that infiltration and manipulation happens, but I don’t find other people’s whisperings about “controlled opposition” useful, how do I figure out who’s trustworthy and who isn’t? How do I figure out who it’s safe to cite in my work and who to avoid? How do I separate the fool’s gold from the genuine article? The shit from the Shinola?

Here is my answer: I don’t.

I spend no mental energy whatsoever concerning myself with who may or may not be a secret pro-establishment influencer, and for good reason. There’s no way to know for sure if an individual is secretly scheming to sheep dog the populace into support for the status quo, and as long as government agencies remain opaque and unaccountable, there will never be a way to know who might be secretly working for them.

What I can know is: (A) what I’ve learned about the world; (B) the ways the political/media class is lying about what I know about the world; and (C) when someone says something which highlights those lies. I therefore pay attention solely to the message, and no attention to what may or may not be the hidden underlying agenda of the messenger.

In other words, if someone says something which disrupts establishment narratives, I help elevate what they’re saying in that specific instance. I do this not because I know that the speaker is legit and uncorrupted, but because their message in that moment is worthy of elevation. You can navigate the entire political/media landscape in this way.

Since society is made of narrative, and power ultimately rests in the hands of those who are able to control those narratives, it makes no sense to fixate on individuals and it makes perfect sense to focus on narrative.What narratives are being pushed by those in power? How are those narratives being disrupted, undermined and debunked by things that are being said by dissident voices? This is the most effective lens through which to view the battle against the unelected power establishment which is crushing us all to death, not some childish fixation on who should or shouldn’t be our hero.

Have no heroes. Trust nobody but your own inner sense-maker. If someone says something that disrupts establishment narratives based on what you understand those narratives to be, go ahead and help 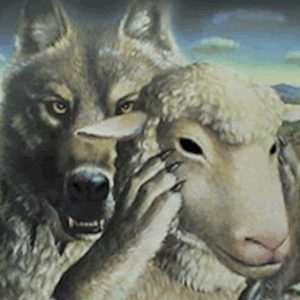 throw what they’re saying into the gears of the machine. Don’t make a religion out of it, don’t get attached to it, just use it as a weapon to attack the narrative matrix.

This by the way is also a useful lens to look through in spiritual development, if you’re into that sort of thing. When you enter spiritual circles concerned with enlightenment, you’ll see all sorts of debates about what teachers are really enlightened and which ones are just pretending, and these conversations mimic precisely the exact kinds of debates you’ll see in marginalized political circles about who’s the real deal and who’s controlled opposition. But the truth is there’s no way to know with certainty what’s going on in someone else’s head, and the best thing to do is to stop concerning yourself with who has and has not attained some special realization or whatever and just focus on what they’re saying. If a spiritual teacher says something which helps you notice something you’d never noticed before about consciousness or perception, then use what they said and maybe stick around to see if they have anything else useful to say. If not, move on.

There’s no reason to worry about what journalists, activists and politicians are coming from a place of authenticity if you know yourself to be coming from a place of authenticity. As you learn more about the world and get better at distinguishing fact from narrative, you will get better and better at seeing the narrative matrix clearly, and you’ll come to see all the things that are being said about what’s going on in the world as weapons in the battle of narrative control. Pick up whatever weapons seem useful to you and use them in whatever ways they’ll be useful, without wasting energy concerning yourself with the individuals who created them. Call the bullshit what it is and use the truth for what it is.

Or maybe I’m fulla shit! Maybe I myself am being paid to say these things by some powerful influencer; you can’t know for sure. All you can know is what’s useful for you. If you really find it useful to try and organize individual dissident figures into “hero” and “controlled opposition” boxes, if that genuinely helps you take apart the system that’s hurting us all, you’d know that better than I would. But if you find what I’m saying here useful, pick it up and add it to your toolbox.

Thanks for reading! My articles are entirely reader-supported, so if you enjoyed this piece please consider sharing it around, liking me on Facebook, following my antics on Twitter, throwing some money into my hat on Patreon or Paypal, purchasing some of my sweet merchandise, buying my new book Rogue Nation: Psychonautical Adventures With Caitlin Johnstone, or my previous book Woke: A Field Guide for Utopia Preppers. The best way to get around the internet censors and make sure you see the stuff I publish is to subscribe to the mailing list for my website, which will get you an email notification for everything I publish.

A disproportionate interference: the Coronavirus Regulations and the ECHR — Francis Hoar Q.C.