Hello to the European Parliament! Orban taunts Brussels entangled in a corruption scandal

Hungarian Prime Minister Viktor Orban did not remain silent in the face of the corruption scandal which has struck the European Parliament, always quick to report what he considers to be violations of the rule of law by Budapest.

‘Hello to the European Parliament!’: Hungarian Prime Minister Viktor Orban split a big-boiled tweet on December 12, ironing about the vast corruption scandal that affects the European Parliament with a even from a 1981 photo where we see former American presidents Ronald Reagan and George Bush laughing loudly, ‘And there, they said they were deeply concerned about corruption in Hungary.’

This dig by the Hungarian leader occurs while Budapest is under the threat of the freezing of several billion euros of European Union funds due to reforms deemed insufficient against corruption.

Parliament is at the forefront of this issue and regularly calls on the Commission to be firm. In this context, Brussels maintained its recommendation of a blockage of 7.5 billion on December 9. It is up to the Member States to decide before 19 December to validate this proposal, reject it or modify the amount.

The European executive, which a few weeks ago seemed to favor a conciliatory approach towards Hungary, bowed under ‘the enormous political pressure’ of the Strasbourg Parliament and recently judged Budapest, who therefore rejoiced in the weekend news.

The vice-president of the institution, the Greek socialist Eva Kaili, was charged with « ‘corruption’ and imprisoned in Brussels on December 11 in the investigation of a Belgian judge into large payments allegedly made by Qatar to influence decisions. ‘In summary, the group of the progressive alliance has fabricated lies about corruption in Hungary for years, and now their figurehead […] is involved in the biggest scandal in the history of the EU’, commented Balazs Hidveghi, a MEP from Viktor Orban’s party on Twitter. ‘A fine example of hypocrisy’, he castigated. 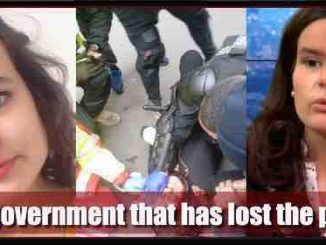 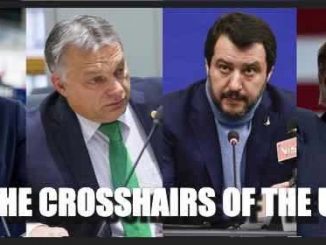 1 Comment on Hello to the European Parliament! Orban Taunts Brussels Entangled in a Corruption Scandal