ER Editor: When you can’t get your way democratically, because your proposed reforms are basically hideous to the taxpaying public, you resort to decree. Which is what French PM Edouard Philippe (see meme) is going to do to get Macron’s awful pension reforms passed into law.

Rolling news is full of basically non-information and unwarranted panic about the Coronavirus scare which, given the numbers involved, makes it difficult to call it anything else. Which is conveniently sidelining fresh protests against the ongoing pension reforms in news coverage, arising because of some sneaky manoeuvring by the government. According to Reuters via RFI this past Saturday:

The French Prime Minister Edouard Philippe is to push President Emmanuel Macron’s contested pension reform through by decree, avoiding the need for a parliamentary vote after the opposition filed more than 40,000 amendments to the draft law.

The reform, which is the single greatest overhaul of France’s pension system since World War Two, prompted weeks of public sectors strikes and street protests before opponents of the legislation took the battle to parliament.

Catching lawmakers off-guard during the latest parliamentary session on the reform, Philippe’s announcement was met with howls of protest from members of the far-left France Unbowed (ER: France Insoumise) party that tabled most of the amendments. It responded by saying it would file a motion of censure against the government, which has next to no chance of passing in parliament.

This announcement was made on Saturday, curiously enough, when everybody was busy doing something better than watching the news, like panic-buying because of the virus scare. Then Sunday, Macron lost a senator from his own party, Michel Amiel, because of the PM’s resorting to article 49.3 of the Constitution in such sneaky fashion. This provision in the Constitution permits

‘the French Prime Minister [to], upon discussing with the conseil des ministres (the cabinet), unilaterally pass any bill relating to financial or social security issues without consulting parliament. The article further states that only a motion of censure signed by at least 10 percent of members (58 MPs) filed within 24 hours can prevent the bill then being adopted.’

To which far left lawmakers have responded by doing just that, in opposition to it. Now more strikes are expected, while rolling news continues to conveniently obsess about COVID-19.

The “intersyndicale” umbrella group led calls for the day of national action, with the hardline CGT union denouncing the prime minister‘s attempt to “shut down parliamentary debate…and use the confusion around the coronavirus epidemic to circumvent a major social conflict.

On Tuesday, the National Assembly will hear two motions of censure against Philippe’s use of Article 49-3 of the constitution, which he employed to push the draft bill through parliament, after opposition MPs filed tens of thousands of amendments.

Macron loyalists branded the mountain of revisions a cynical ploy to stall the bill’s passage through parliament.

The motions of censure, filed by the conservative Les Républicains and a bloc of leftist MPs, have almost no chance of passing, as Macron’s LaRem party has a majority in the lower house.

Pension reform was one of Macron’s key campaign promises. His proposals have brought millions out onto the streets during a record transport strike and ten days of general strike between 5 December and 20 February.

The project aims to merge 42 sector-specific pension regimes into a single points-based system, which the government says would be more transparent while also ensuring a more sound financial footing as the population ages.

Edouard Philippe also wants to create incentives to encourage people work longer, notably by raising the entitlement age for a full pension to 64 while maintaining the legal retirement minimum at 62.

Unions and lawmakers say the reforms are an attack on hard-earned benefits that help compensate for salaries below those in the private sector and will ruin public services. 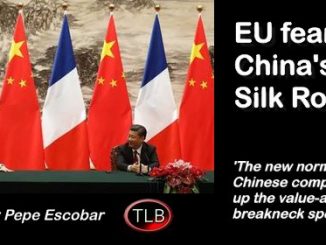 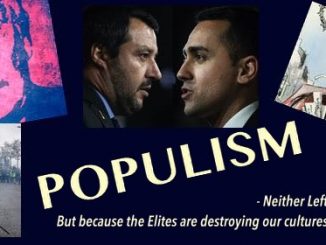