Almost 1,200 hospital doctors in France are resigning from supervisory roles in protest over public hospital funding and the government’s handling of employee concerns about staffing levels. 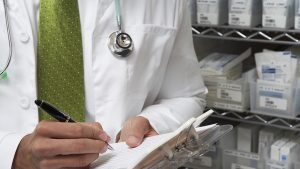 Medical staff have accused the government of failing to engage in negotiations over public hospital services and what they say are serious shortfalls in funding. In an open letter to French Minister of Health Agnès Buzyn, the resigning doctors on Tuesday criticized the budget laid out for public hospitals in 2020 as “too little, too partial, too spread out over time.” 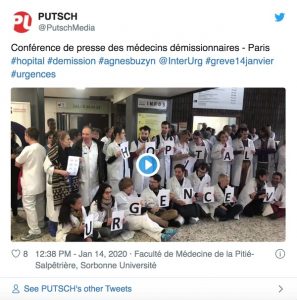 “The deterioration of the working conditions of professionals is such that it calls into question the quality of care and threatens the safety of patients,” the doctors added.

Thousands of other hospital staff and caregivers have signed a letter of support for the doctors, backing their calls for hiring additional staff and increasing the salaries of young doctors and non-medical staff.

“The resigning doctors ask nothing for themselves,” the letter reads. “They continue to treat.”

“The population must respond to their call. Their warning cry must be heard by the government.”

The move comes as the French government is already under serious pressure to resolve ongoing strikes and protests opposing its proposed pension plan reforms. The Macron administration says the changes will streamline multiple pension plans into one, but unions are objecting to retirement age increases and say the alterations will cost workers some of their hard-earned benefits.

Lawyers across France are discarding their robes in a dramatic show of solidarity, signaling they will not give up on what has become a two-month strike against unpopular pension reforms – even if it disrupts high-profile trials.

Bar associations in cities all over France have staged theatrical demonstrations to draw the public’s attention to the longest general strike in decades, which has been underway since December 5. Videos posted on social media show the lawyers tossing off their robes, carrying a “coffin of justice,” spelling out “SOS” with law books, and singing protest songs as they demand a retraction of the new pension system Macron’s government recently unveiled. 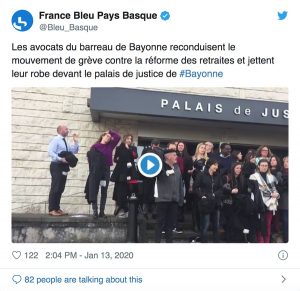 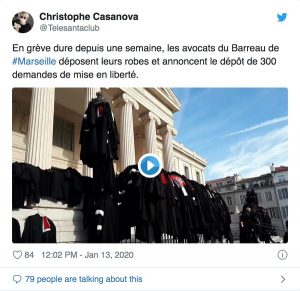 The strike has disrupted some major trials, including that of former priest Bernard Preynat – the worst clergy abuse case to reach French courts so far. Preynat is accused of sexually abusing 75 Boy Scouts; while he admitted to the abuse in the 1990s, he was only defrocked in July after his superiors covered up for him. He faces up to 10 years in prison if convicted, but the case is on hold due to the strike. 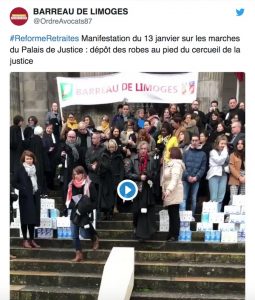 The lawyers are just one of many professional groups that have stopped work to protest the proposed “one-size-fits-all” pension scheme. Under the current system, different professions retire at different ages and receive different benefits, complications Macron has complained is unfair and too expensive. As the strike edged into its sixth week, the government offered to withdraw the most controversial proposal – raising the retirement age two years, from 62 to 64 – but not all unions took the offer. 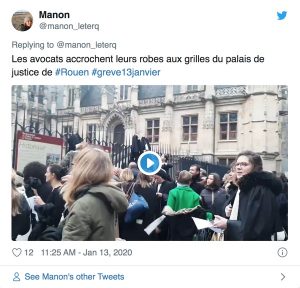 The general strike is the longest one for transit workers since the creation of France’s national rail service. Nurses, teachers, refinery workers, and port workers have joined also in their opposition to the government. The Yellow Vests, still protesting after more than a year, have joined the strikers in solidarity at marches in the cities, with the past weekend’s march reportedly drawing over 1.3 million across the country. 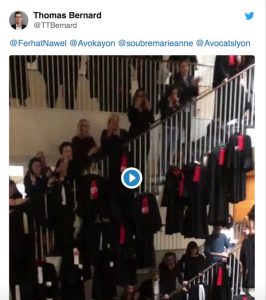 The Yellow Vest protests were initially sparked by another of Macron’s austerity reforms, a gas tax that was ultimately rescinded in the face of massive public opposition. 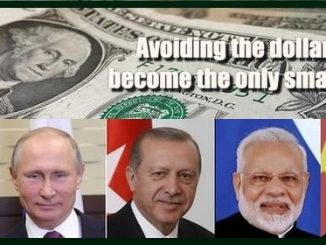