France’s draft counterterrorism bill is now in its final stretch before becoming law. The fast-tracked bill is widely expected to pass a vote in an extraordinary session of the National Assembly on October 3 – despite concerns that it encroaches on people’s rights.

The bill doesn’t prolong France’s two-year-long state of emergency, which will formally be over when it becomes law. 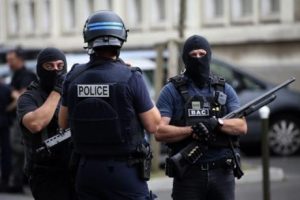 French police and anti-crime brigade (BAC) secure a street they carried out a counter-terrorism swoop at different locations in Argenteuil, a suburb north of Paris, France, July 21, 2016. REUTERS/Charles Platiau

What it does is rather more unsettling. It takes elements of emergency practices – intrusive search powers, restrictions on individuals that have bordered on house arrest, closure of places of worship – that have been used abusively since November 2015, and makes them normal criminal and administrative practice. It does all this in a way that weakens the judiciary’s control over, and ability to check against, abuse in the way the new counterterrorism powers are used by prefects, the Interior Ministry’s appointed delegates in each region.

In July, the Senate approved important improvements to the bill: a sunset clause for the powers to stop existing in 2020, a requirement for annual reporting on their use to parliament, and technical changes mitigating the worst excesses of each proposed power.

But the current version of the bill, after the debate in France’s lower house, undoes many of these changes.

It re-inserts vague language allowing prefects to order a mosque closure on ill-defined grounds, and sets out a harsher punishment if the mosque isn’t closed. People whose liberty is restricted to a specific area by a prefect’s order on national security grounds must report more frequently to police stations. Also, these orders can last much longer.

A prefect can order an area to be locked down for increased searches for up to a month – without an imminent threat. And it expands the areas within which police can search people without a warrant to a 20-kilometer radius of ports, airports, and international train stations – all this in a country where police have all too often engaged in ethnic profiling during such stops.

One analysis estimates that such extended powers could cover 28.6 percent of French territory and 67 percent of its population.

To some, these may seem like arcane technicalities or a small price to pay for the hope of greater security. But everyone in France should be worried about their rights when the executive branch of government rushes laws through without proper legislative scrutiny, to give itself greater powers without effective judicial control.

Top photo | French soldiers patrol by the glass pyramid at the Louvre museum in Paris, Thursday, Aug. 18, 2016. France has been under a state of emergency since November, 2015. (AP/Michel Euler)

ER recommends other articles by MintPress News, and HRW Dispatches where this article originally appeared 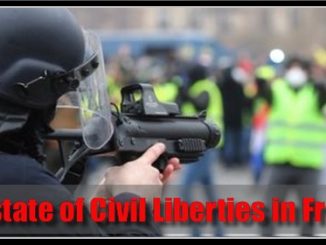 The Pushback on Human Rights in France 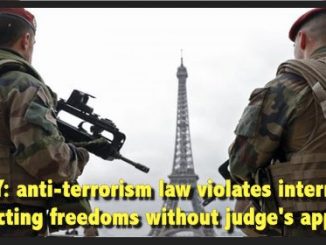 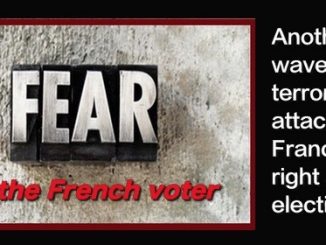