ER Editor: Gerald Darmanin is one of Macron’s new appointments, as Minister of the Interior, after a very recent cabinet reshuffle that has taken a significant turn to the ‘right’ in some respects, to literally that of Nicolas Sarkozy’s government with some key appointees coming from Sarkozy’s administration.

Early this past Friday, two spots close to the notorious migrant “jungle” outside of Calais, where residents have long suffered from this unwelcome encampment, were cleared by police starting at 5am and lasting through the morning. Around 550 people were taken away, variously, to migrant reception centers elsewhere in France, or taken in for police questioning. This link, although in French, gives some interesting video footage of the event (see here). The report also mentions how, with the summer weather conditions, more migrants have been found in the Calais area; the government only admits to around 750 whereas a migrant support organization claims 1,200. 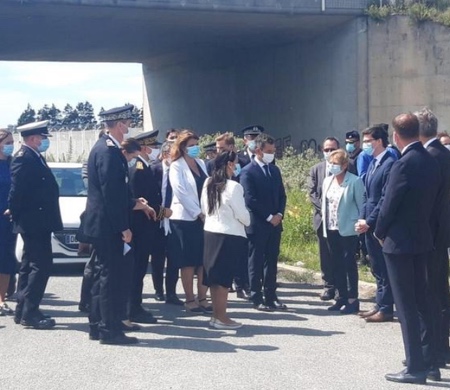 Darmanin made a visit to the area to pledge a new agreement to fight the migrant traffickers.

As we reported a few days ago via Migrant Watch UK (A Threat To British Workers As Record Unemployment Looms), many more people are indeed crossing the Channel. But more alarmingly, the Johnson govt has launched a scheme to increase migrant worker employment in the UK within many categories. This, as the unemployment carnage of the unnecessary covid lockdown takes effect, which has been more protracted and damaging in the UK.

One can only wonder at the window dressing Patel and Darmanin are engaged in here.

Interior Minister Gérald Darmanin signed on Sunday in Calais (Pas-de-Calais) with his British counterpart Priti Patel an agreement creating “a Franco-British intelligence unit” in the fight against migrant smugglers.

“For the first time, six British and then six French police officers, in Coquelles, will be able to work upstream on the fight against smugglers,” he said at a press briefing on the outskirts of the former ‘Jungle’ in Calais.

The smugglers “are those who take advantage of the human distress of people who want to cross the Channel and who, no doubt today, are still not punished enough”, he continued after his first visit to Calais as Interior Minister.

Accompanied by his Minister of Citizenship, Marlene Schiappa, he met with his British counterpart, Priti Patel, and the Deputy Minister for Immigration, Chris Philip, among others.

This “pre-judicial” phase will be implemented “immediately”.

“We will help the people of Calais, the whole of the coastline and the police forces” to “be in contact with our British friends in a return to tranquillity”, he assured.

The agreement aims to “create a Franco-British intelligence cell. It will enable our respective services to share in an operational manner the information they hold, in particular on smuggling routes,” Mr Darmanin said on Twitter.

On Sunday, 57 migrants whose boats were in difficulty were rescued in the Channel as they tried to reach Britain. The day before, another 21 people had been rescued.

It is “important that our British friends realise” that if migrants come here to Calais, it is “to cross the Channel and the Minister was reminded that we need more resources, the British government has done a lot to protect the coastline but we still need more resources both in terms of equipment and men”, Mr Darmanin insisted.

On Friday, state and police services expelled more than 500 migrants from an industrial zone in Calais and took them to reception or administrative detention centres. 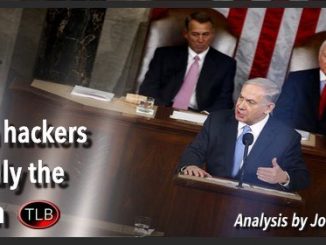 The Israel Lobby Slowly Being Dragged Into the Light

UK ‘Coronaphobia’ is Pushing the Country Towards a Stasi-like State