EU Foreign Policy Toward Russia Still ‘Fully Dependent on the US’

The EU’s foreign policy towards Russia is not independent and is currently fully dependent on the US, Pierre-Emmanuel Thomann, Director of geopolitical studies at the Brussels-based European Institute for International Relations (L’Institut Européen des Relations Internationales) (IERI) told RIA Novosti.

“Up to now, European policy has been unable to demonstrate its independence from the US. The European Union has been traditionally following the US to a larger or smaller degree,” the political scientist told RIA Novosti. 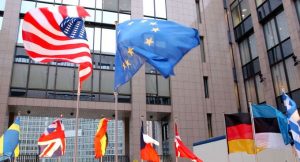 He further elaborated that if there is any rapprochement in the US-Russian relationship under President-Elect Donald Trump and newly chosen Secretary of State Rex Tillerson, the European Union, which has previously bet on Barack Obama and Democratic presidential contender Hillary Clinton, will find itself isolated.

“The EU will have to adapt to this new reality, the rapprochement between the US and Russia. In case the block fails to do that, very serious discrepancies between its member states will emerge and it won’t have any unified political stance from that on,” Pierre-Emmanuel Thomann stated.

His comments came while in mid-December the EU agreed on an extension of the economic sanctions against Russia for another six months.

The current term of sectoral economic sanctions imposed against Russia was set to expire on January 31, 2017. The agreements are expected to be extended for another six months, until July 31, 2017.

The decision to extend sanctions has been expected. Most EU countries don’t believe they are efficient, but against the background of numerous appeals on both sides of the Atlantic to tighten sanctions because of Russia’s efficiency in supporting the government army in Syria, EU leaders are afraid that refusal to extend sanctions will be seen as feebleness.

Russia’s ambassador to the European Union, Vladimir Chizhov, commented earlier that the EU is extending sanctions for the sake of preserving unity, which has become a goal in itself.

“First, some big EU countries say that sanctions should be either cancelled or eased but immediately after that minor but vociferous states demand that sanctions be extended and expanded. And then, someone we all know (President of the European Council Donald Tusk) steps forward as an arbitrator and says: “Our unity is in danger so let’s leave it as it is. Does anyone want to vote against it? A unilateral decision is made!” Chizhov then said describing the situation.

“This simple story has been repeating itself every six months. After that, the Council of the European Union makes a formal decision on extending sanctions while specific wording is made up by the Committee of Permanent Representatives. Sometimes it happens so that they don’t even hold a meeting,” he then concluded. 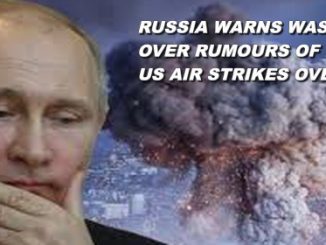 Russia Warns US Airstrikes On Syrian Army Would Lead To War, Air Defenses Are Active