Hungary’s prime minister has lashed out at George Soros, founder of the embattled Central European University. The PM’s remarks came after the EU Commission sent a “letter of formal notice” to the Hungarian government. In a speech given to European parliamentarians in Brussels on Wednesday, Orban insisted Hungary remained committed to the European Union, describing his nation’s membership as “not questionable” but simultaneously expressing discontent with the bloc and a desire for EU reform of its “mistakes.” 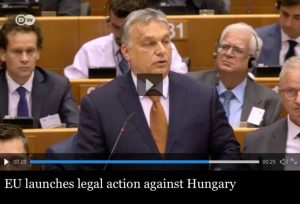 European Commission Vice President Valdis Dombrovskis said on Wednesday that “a letter of formal notice” had been sent to Orban’s government. According to Dombrovskis, the decision to begin the legal action was made after an “in-depth legal assessment” concluded the new Hungarian law allegedly breaches EU laws regarding freedoms for businesses, services and academia.

The letter is the first step of the EU’s so-called infringement proceedings, whereby Brussels demands legal explanations from a member state on a particular issue. The Hungarian government has one month to respond to the letter. Brussels will then consider if any further steps are warranted. These could include referral to the European Court of Justice and possible financial penalties.

Standing before European lawmakers, Orban described the contested law as a “minor amendment” that applies to 28 universities and not just to the CEU. He described the flare-up around the law as “absurd,” likening it to a pre-emptive murder conviction, given that the CEU continues to operate normally at present.

“It’s almost like someone being accused of murder, then he’s convicted, while the alleged victim is alive and kicking, moreover, pointing fingers at the convicted, crying: ‘Murderer!’,” Orban said. Orban had even stronger words for CEU founder George Soros. He labeled the American-Hungarian billionare a “financial speculator” who was “attacking” Hungary.

Orban also painted Soros as detrimental to Europe as a whole, claiming Soros had “destroyed the lives of millions of Europeans with his financial speculations” and describing Soros as “an open enemy of the euro.” The Hungarian leader also said the businessman wanted to open Europe’s borders to millions of migrants.

Orban went on to criticize the EU for its warmth towards the billionare. On Thursday, European Commission President Jean-Claude Juncker is scheduled to meet with Soros. 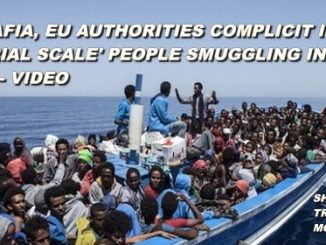 Something Strange Is Happening In The Mediterranean 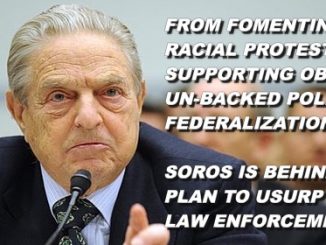