Economist defends nationalism as only option against globalists

According to well-known economist Samuel Gregg, the global rise of nationalism does not mean racism or xenophobia are on the rise. Instead it is a healthy reaction against constraints of globalism.

LONDON – Samuel Gregg (pictured), Director of Research at the Acton Institute, has a degree in moral philosophy and political economy from the University of Oxford. Since 2016, he says, “it has become 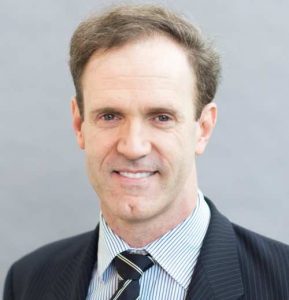 evident that millions of people are not content to be herded, sheep-like, by intellectuals, techno-utopians, and supranational bureaucrats down the path of global governance”.

“Their discontent is being expressed through a renewed emphasis upon the nation and an associated stress on nation-state sovereignty,” Gregg noted in an opinion piece for the journal Law and Liberty.

The nationalist trend could in fact support prosperity, the common good, and world peace, he argues.

National sovereignty means being disloyal to a dynasty or supranational body whose authority crosses “ethnic, cultural, and religious boundaries”.

The nation-state is the embodiment of the notion that “those who belong to a given sovereign entity regard themselves as united by certain cultural characteristics common to a particular nation,” he said. It comprises ethnicity and language but also a shared history.

French political scientist Gil Delannoi, in his book called La nation contre le nationalisme (2018), was actually the first to assert that nation-states can protect people from totalitarian globalists. According to Delannoi, patriotism has nothing in common with National Socialism.

Leftists have been denouncing patriotism as a cover for racism, jingoism, xenophobia and Nazism, but this is not backed up by the evidence, Gregg noted.

Also, the notion that nationalism would inevitably lead to war, and that the West’s decline is due to nationalism, is nonsense Gregg says, because historically, “the process of creating independent nation-states was often integral to the liberation of groups of people from empires that embodied particular forms of injustice”.

The “enthusiasts of supranational entities and a borderless world relentlessly employ measures” aimed at the destruction of the traditional nation-state because they remain last and best defense against globalism.

Undemocratic, unrepresentative and unaccountable supranational institutions “seem addicted to trying to impose ideologies like multiculturalism upon nation-states, the purpose being to marginalize and empty out national traditions or, worse, stigmatize them in the name of ‘inclusion-diversity-respect-tolerance’.

“Could it be that nation-states actually protect ordinary people from the utopian schemes of intellectuals — and from the ceaseless calls by unelected supranational bureaucrats for more power to be concentrated in their hands?” 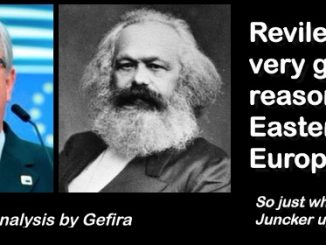