ER Editor: No real surprises here. Rutte’s crew are the biggest WEF fanboys around, or just about. 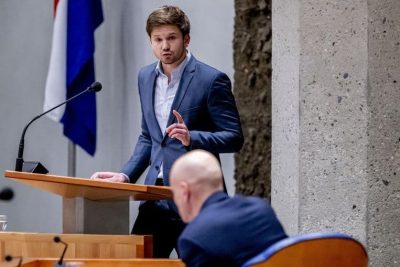 All Global Research articles can be read in 51 languages by activating the Translate This Article button below the author’s name.

The Netherlands have been struggling with unexplained excess mortality for more than a year. Since the second half of 2021, over ten thousand more people have died than expected. In October 2021, the leader of Forum for Democracy, Thierry Baudet, was the first to draw attention to this topic, in parliamentary questions to the then Minister of Health, Hugo de Jonge. The minister directly attributed the excess mortality to COVID. This was incorrect, because the excess death waves did not coincide with the COVID waves at all. Moreover, the excess mortality often exceeded the number of COVID deaths in the same period – to say nothing of the fact that the definition of “COVID death” is, of course, highly controversial.

In December 2021, the House of Representatives ordered the government to conduct an independent investigation into the ongoing excess mortality. In addition to an investigation by Statistics Netherlands and the Dutch National Institute for Public Health and the Environment (RIVM), independent scientists were also supposed to be granted access to the data, via research financier ZonMW, in order to do their own research. However, that never happened.

An alarming letter obtained by FVD MP Gideon van Meijeren shows that independent scientists do not have access to the data they need. The letter comes from research financier ZonMW and is addressed to the Ministry of Health, Welfare and Sport. The Dutch National Institute for Public Health and the Environment (RIVM) as well as the Municipal Health Services (GGD) do not want to release the vaccination data and test results, hiding behind privacy rules as an excuse. But that argument does not hold water: the General Data Protection Regulation they rely on does not apply to deceased persons.

In the meantime, the RIVM and the GGD are making it impossible for independent scientists properly to carry out their assignment. Because of this, they cannot check the research done by RIVM and Statistics Netherlands, nor even do their own, even though these are basic conditions for sound scientific research. Moreover, the researchers say that this creates the appearance of self-interest on the part of the RIVM and the GGD.  According to them, it is precisely “in the interest of public trust in government to avoid any appearance of self-interest”. Duly noted.

The position of the RIVM and the GGD also shows their hypocrisy. Firstly, the RIVM has made data available when it comes to other studies. Secondly, without any objection, those very same RIVM and GGD made available the vaccination data and test results for the sake of the QR code, as a result of which the entire Dutch population had to throw its privacy into the bin on order to regain its social life.

Now that there are concrete indications that this may have had criminal consequences – after all, there is a real chance that the excess mortality is (partly) the result of the massive vaccination campaigns that have been imposed – this is being swept under the carpet. FVD wants to get to the bottom of the matter and is asking parliamentary questions, calling on Minister Kuipers to force the RIVM and the GGD to release the data.

Featured image is from FFDI