It seems everyday I wake up and see another instance of defections coming from US allies over the behavior of some corner of the Trump Administration.

Over the weekend Philippines President Rodrigo Duterte (pictured) hit back strongly at US Assistant Secretary of Defense for Asian and Pacific Affairs Randall Schriver, who told Duterte to “think very carefully” about acquiring a Russian submarine.

Now if you know anything about Duterte he rarely thinks very carefully before opening his mouth. And this time was no different. He rightly told Schriver publicly to get stuffed and made his case why the Philippines shouldn’t pursue its best interests.

Moreover, as always, Duterte invited Schriver to a face-to-face meeting over this.

The US is applying the same pressure to India over buying S-400 missile defense systems from Russia. Turkey’s troubles with the US are all over the news with Pastor Brunson the public reason, but it is Turkey’s working closely with Russia on important energy projects like the massive Turkish 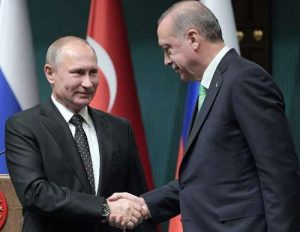 Stream pipeline, nuclear power plants as well as committing India’s sin of choosing the S-400 over the US Patriot system.

A Patriot system, by the way, that has been proven in recent months by the Syrian Army to be very ineffective. Meanwhile, Iran unveiled its first homegrown fighter jet in a clear act of independence which will not be tolerated.

What started as small moments of defiance a few years ago are turning into full-throated shouts of opposition as the US pushes its leverage in financial markets to step on the necks of anyone who doesn’t toe the line.

And Trump feeds off this by casting everyone as a leech who has been sucking off the US’s breast for decades. It doesn’t matter the issue: to Trump US economic fragility is a hammer, and every trade and military partner a nail to be bashed over the head to pay their way.

What we are seeing is the culmination of a long-term plan by global elites to tighten the financial noose around the world through overlapping trade and tariff structures and weaponizing the dollar’s position at the center of global financial interdependence.

Trump is against that in principle, but not against the US maintaining as much of the empire as possible.

So, everyday another round of sanctions makes the case against continuing to do business with the US stronger. Everyday another global player speaks with Russian President Vladimir Putin and makes contingency plans for a world without the dollar at the center of it all.

The latest major one was with German Chancellor Angela Merkel. This meeting wasn’t expected to provide anything concrete, only vague assurances that projects like the Nordstream 2 pipeline go through.

But, no breakthroughs on Crimea or Ukraine were expected nor delivered. It was, however, an opportunity for both Putin and Merkel to be humanized in the European media. Between Putin’s attending Austrian Foreign Minister Karin Kneissl’s wedding as well as the garden party photo op background for their talk, this meeting between them was a bit of a ‘charm tour’ to assist Merkel in the polls while expanding on Putin’s humanity post-World Cup and Helsinki.

That said, however, the statement by Merkel’s Foreign Minister, Heiko Maas (pictured), about the need for a new financial payment system which bypasses the US-dominated SWIFT system was the big bombshell.

Maas openly accused the US of weaponizing the dollar and disrupting the very foundations of global trade, which is correct, to achieve its goals of regime change in Turkey and Iran. Maas mainly tied this to Trump’s pulling out of the JCPOA but the reality is far bigger than this.

The Magnitsky Act and its progenitors around the world are a major evolution in the US’s ability to bring financial pain to anyone who it disapproves of. Know Your Customer (KYC) and Anti-Money Laundering (AML) laws also into this framework.

While KYC and AML laws can at least have the appearance of validity in attempting to stop illegal activity, targeted sanctioning is simply Orwellian.

It politicizes any and all economic activity the world over. Just look at the recent reasons for these sanctions – unproven allegations of chemical weapons usage and electioneering. Recent actions by the US have driven this point home to its ‘allies’ with stunning clarity.

Why do you think Putin brought up Bill Browder’s name at the Helsinki press conference? He knows that Browder’s story is a lie, and it’s a lie that has been used as the foundation for the type of political repression we’re seeing today.

The US is blocking the simplest of transactions in the dollar now, claiming that any use of the dollar is a global privilege which it can revoke at a whim. Aside from the immorality of this, that somehow dollars you traded goods or services for on the open market are still somehow the property of the U.S to claw back whenever it is politically convenient, this undermines the validity of the dollar as a rational medium of exchange for trade.

This is why after the first round of sanctions over the reunification with Crimea, Putin ordered the development of a national electronic payment system. He rightly understood that Russia needed a means by which to conduct business that was independent of US political meddling.

So, to me, if Heiko Maas is serious about the threat posed by continued use of the dollar in EU trade, he should look to Putin for guidance on building a system separate from SWIFT. 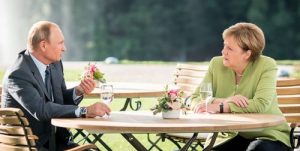 Moreover, Maas’ statement didn’t go out to the world without Merkel’s approval. This tells me that this was likely the major topic of conversation between her and Putin over the weekend. Because a payment system that skirts the dollar is one the US can’t control.

It took the Russians longer than they should have to develop MIR. Putin complained about how slow things went because too many within the Bank of Russia and the financial community could be thought of as fifth columnists for the West.

It’s also why development of the crypto-ruble and Russia’s policy on cryptocurrencies has been so slow. It took Putin publicly ordering the work done by a certain time to get these tasks completed. In the end, it shouldn’t take the EU long to spin up a SWIFT-compliant internal alternative. It is, after all, just code.

And that’s why so many of the US’s former satraps are now flexing their geopolitical muscle. The incentives aren’t there anymore to keep quiet and go along. Alternatives exist and will be utilized.

I don’t expect the EU brass to do much about this issue; the threat may be all that is needed to call Trump’s bluff. But, if in the near future you see an announcement of MIR being accepted somewhere in the EU, don’t be surprised.

Because what used to be a node of political stability and investor comfort is now a tool of chaos and abuse. And abusing your customers is never a winning business model in the long run. Customers of the dollar will remind the US of that before this is over.

The Rise of Christian Zionism – The Christian Evangelical Assault on Palestine 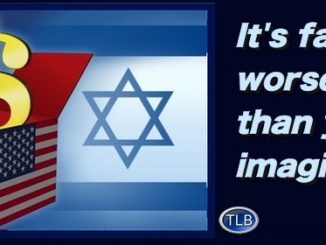 The True Cost of Subsidizing Israel

Retired US Army General Talks Turkey On Ukraine, And It’s Not The MSM