While Davos Elites Address Populism, Just “Eight Men Own Same Wealth As Half The World” 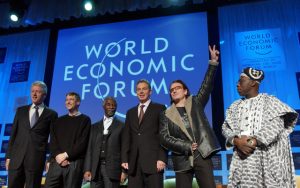 As political and business elite gather at the Swiss ski resort of Davos, a new report is shining light on the shocking reality of the wealth gap between the very rich and poor that is “pull our societies apart.”

A report by Oxfam released ahead the World Economic Forum in Davos shows the gap between the ultra-wealthy and the poorest half of the global population is starker than previously thought, with just eight men owning as much wealth as 3.6 billion people. And since 2015, the richest 1 per cent has owned more wealth than the rest of the planet.

The report urges the elite to address the problem, warning that public anger against this kind of inequality will continue to grow and cause more political firestorms such as the election of populist Donald Trump as U.S. president or Brexit.

“From Brexit to the success of Donald Trump’s presidential campaign, a worrying rise in racism and the widespread disillusionment with mainstream politics, there are increasing signs that more and more people in rich countries are no longer willing to tolerate the status quo,” Oxfam said in its new report.

“It is obscene for so much wealth to be held in the hands of so few when 1 in 10 people survive on less than $2 a day,” said Winnie Byanyima, executive director of Oxfam International, who is attending the exclusive meeting in Davos. “Inequality is trapping hundreds of millions in poverty; it is fracturing our societies and undermining democracy.”

The same Oxfam report last year showed that it was 62 people holding as much wealth as the bottom half of the population.

This year’s report was revised using the Forbes’ billionaires list published in March 2016 which shows that Microsoft founder Gates is the richest individual with a net worth of $75 billion. 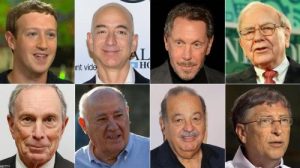 “Crony capitalism benefits the rich, the people who own and run these corporations, at the expense of the common good and of poverty reduction. It means that smaller businesses struggle to compete and ordinary people end up paying more for goods and services,” states the report.

In Davos, the elite of the political and business world will discuss how to respond to the rising rejection of such inequality and the populist wave it has formed.

“Regardless of how you view Trump and his positions, his election has led to a deep, deep sense of uncertainty and that will cast a long shadow over Davos,” said Jean-Marie Guehenno, CEO of International Crisis Group, a conflict resolution think-tank.

Among the titles of the discussion panels at the Davos are “Squeezed and Angry: How to Fix the Middle Class Crisis”, “Politics of Fear or Rebellion of the Forgotten?”, “Tolerance at the Tipping Point?” and “The Post-EU Era.”

Surprisingly, some Davos attendees have admitted to not knowing what is causing the populist turmoil or how to deal with it.

“There is a consensus that something huge is going on, global and in many respects unprecedented. But we don’t know what the causes are, nor how to deal with it,” Moises Naim of the Carnegie Endowment for International Peace explained.

Klaus Schwab, founder of the annual Davos meeting, said “it’s important to listen to the populists,” which is why he intends to reach out to populist politicians who are riding the wave of discontent.

Critics often accuse the yearly World Economic Forum in the Swiss Alps of being a snow-covered playground for well-heeled business and political elites. But founder Klaus Schwab said this year’s event, which opens Monday before a public start Tuesday, is reaching out to populist politicians who have ridden a wave of discontent among the masses.

“It’s important to listen to the populists, and actually we have several sessions where we deal with these issues, and we have representatives of populist parties here with us,” Schwab said Sunday. “We have to take it [populism] seriously.”

For a forum that strives to take the pulse of the world each year and produce “a real hub of a global discussion,” Schwab said “it would be soundly unrealistic and far from realities if we did not integrate the concerns of populists very much into our own deliberation.”

The meeting in Davos will not find solutions to narrow the wealth gap which is now astronomically leaning towards the tip-top of the upper rungs of the population.

This year’s meeting marks the 45th time the elite have gathered at in the Swiss alps, and never has the wealth gap been so glaring.

The meeting is all about managing the lack of wealth of the population and the political turmoil which is bound to accelerate because of it.

Among the discussion at Davos will be the “fourth industrial revolution.” The elite will be discussing how millions of jobs held by the average person are going to be eliminated by artificial intelligence and how this revolution might play out on the political scale.

Last year, Klaus Schwab and managing board member of Davos Richard Samans, wrote a report titled “The Future of Jobs” that estimated 7 million jobs will be lost with just 2 million gained as a result of technological change in 15 major developed and emerging economies.

Reports released this year by the World Economic forum repeat this forecast.

The WEF’s Global Risks 2017 report warns that, as a result of AI and other disruptive technologies, long-term jobs are giving way to self-employment in the “gig” economy, leaving individuals to shoulder more responsibility for the costs of unemployment, sickness and old age.

Technology disruption, more than globalisation, deteriorating job prospects and industrial decline, has been the catalyst for anti-establishment voting, which led to Brexit in the UK, the election of Donald Trump in the US, and Italy’s rejection of its former prime minister’s constitutional reforms, the report claims.

Unless there is a concerted effort from governments and the private sector, the trend will put pressure on economies and may lead to social unrest, said Cecilia Reyes, chief risk officer of Zurich Insurance Group.

“Without proper governance and reskilling of workers, technology will eliminate jobs faster than it creates them,” she said. “Governments can no longer provide historic levels of social protection, and an ant-establishment narrative has gained traction, with new political leaders blaming globalisation for society’s challenges.”

As the populist wave gets larger, the Davos meeting will only shine more light on the fact that those at the upper rung of the economic ladder are at the steering wheel of economic future. The discussions of humanities future taking place in the Alps will only trickle down in sound bites and excerpts for the average person to only ignore as they work 9-5 at a job that may not be there long term in order to pay the rent.

TLB recommends other great articles at Planet Free Will

About the writer: Joseph Jankowski is a contributor for PlanetFreeWill.com. His works have been published by recognizable alternative news sites like GlobalResearch.ca, ActivistPost.com, PrisonPlanet.com and ZeroHedge.com. 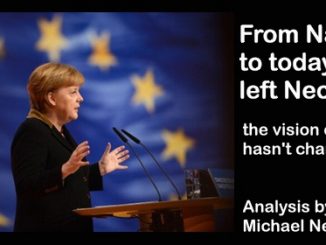 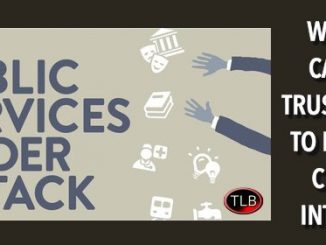 Is the unelected EU Commission preparing a new privatisation push? 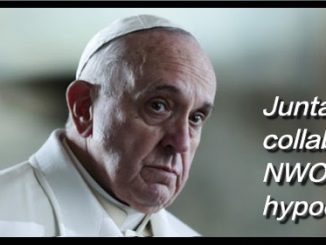 Francis’ Dark Past As Agent of U.S.-Backed Argentine Military Junta