No large-scale electron microscope study has been done with, say, 1,000 pandemic patients lined up; with tissue samples taken from all of them; with those samples carefully handled; with relevant material photographed under an electron microscope; with the particles in the photos examined to see if all of them are of the same unique virus, and have never been seen before.

Of course, researchers would argue against such a study, because they never perform it. They don’t want to. They’re afraid the results would make it clear they’re involved in enormous fraud.

“Well, we thought we had a new virus, but it turns out the particles in the photos are of all sorts of material. Different viruses, genetic fragments, cellular debris, exosomes, and so on. Back to the drawing board…”

If there existed a truly honest editor at a prestigious medical journal, this is what he would write, in an effort to get at the TRUTH. You know, the supposed goal of science—

“I must confess, after reflection and conversation, we here at the Journal don’t know how researchers discover a new virus. They make pronouncements, but what are they actually DOING in their labs?”

“You see, the steps they take, the procedures they engage in, are never captured on film, step by step. No truly independent observers are there as witnesses. It’s as if the lab is a holy of holies, and only loyal initiates are allowed in. This is an intolerable situation.”

“This mystery must be penetrated. For example, official researchers say they are working out the genetic sequence of a new virus, but what does that mean? What sample are they are starting out with and using? Do they already have a truly purified specimen of the new virus? If so, where did they get it, and how? They grew it in a culture of cells? Really? And they purified it from that culture? We refuse to accept these unexamined claims at face value.”

“Therefore, we’re opening our pages to an ongoing discussion and debate on the questions, HOW ARE RESEARCHERS ACTUALLY DISCOVERING A NEW VIRUS? HOW SHOULD THEY? We will accept submissions from many quarters. Not just the usual experts. We aim to break up the chokehold and monopoly of opinion on this vital subject.”

In the realm of so-called science, there is a veritable army of self-styled experts in charge, who say, “Of course we know what we’re doing when we discover a new virus.” And that, they think, is enough.

It especially isn’t, when the issue is a claim of a global viral pandemic; and repressive containment measures are being imposed, which are destroying countless jobs and businesses and lives. All because of a story about a new virus.

We’ve heard the phrase, “the science is settled.” But settled for whom? Time and again, it turns out the purveyors of pseudoscience have a political or commercial agenda that is driving their assertions. They posture, they scoff at critics. They refuse to step forward and engage in honest and prolonged debate. They censor counter-arguments.

In the past 35 years, during the purported epidemics called AIDS, West Nile, SARS, bird flu, Mad Cow, Swine Flu, Zika, once official researchers announced they had found the cause, there has never been a truly PROPER large-scale study launched to confirm or deny those hypotheses about causation.

Over the past six months, a few readers have contacted me with references to COVID studies that show an electron microscope photo here, a photo there, along with the researchers’ statements that the new coronavirus has, in fact, been isolated and proven to exist. That’s not proof. That’s not what I’m talking about AT ALL.

If a drug company announced that six people, who had taken a new drug, showed major improvement in their illness-condition, would that constitute proof of anything? Would that be sufficient evidence for licensing the drug, as safe and effective, for widespread public use?

When I say LARGE-SCALE STUDY, that’s exactly what I mean. And one such study isn’t enough. Other studies must be done as well, to verify or disprove the finding of the first set of researchers. All the researchers must be free of conflicts of interest.

This is called the scientific method.

Let me break it down a little further, since nobody in the conventional scientific community will. Let’s say you do the large-scale electron microscope study I outlined above. And you find that, in 80 of the 1,000 photos, you do see many, many particles of the same unique coronavirus, and you’ve never seen that virus before.

What conclusions would you draw? You would say, “Well, first of all, we don’t have PROOF of anything resembling a pandemic. Looks like a dud. Maybe…could be…eight percent of the 1,000 people who have this list of GENERAL FLU-LIKE SYMPTOMS might be suffering from a new viral condition. MAYBE. If we’ve already made projections of how many people will contract this new disease, we’ll need to provisionally cut down those numbers by 92 percent. Hmm, no, that doesn’t sound at all like a global pandemic. Now we need to look at the 920 people who also have these flu-like symptoms, but show no signs of having a new virus, and compare them with the 80 people and see what we can discover. Let’s dig into this. Is it possible the 80 people have a new virus, but it isn’t actually causing any illness? How many of the 80 are already suffering from serious health conditions that have nothing to do with this purported virus? How many have been treated for years with toxic drugs? How many have lung conditions stemming from heavily polluted air? We need to make a list of possible reasons these 80 people are sick and look at those causes. Let’s go back and examine the electron microscope photos again. Are we actually seeing many particles of the same new virus from all 80 of the patients…? Do we have any CDC or WHO researchers on board? They always find a new virus…”

An approach like that would start to make some sense. More large studies would definitely be needed.

But you would be putting your feet on a road that resembles something called science.

And yet, in an era which is said to be characterized by science, you would be, guess what? An extreme outlier.

That seems to be a contradiction.

(To read about Jon’s mega-collection, The Matrix Revealed, click here.)

The author of three explosive collections, THE MATRIX REVEALED, EXIT FROM THE MATRIX, and POWER OUTSIDE THE MATRIX, Jon was a candidate for a US Congressional seat in the 29th District of California. He maintains a consulting practice for private clients, the purpose of which is the expansion of personal creative power. Nominated for a Pulitzer Prize, he has worked as an investigative reporter for 30 years, writing articles on politics, medicine, and health for CBS Healthwatch, LA Weekly, Spin Magazine, Stern, and other newspapers and magazines in the US and Europe. Jon has delivered lectures and seminars on global politics, health, logic, and creative power to audiences around the world. You can sign up for his free NoMoreFakeNews emails here or his free OutsideTheRealityMachine emails here. 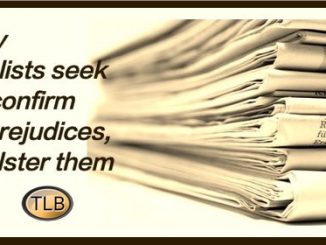