Historical cases of the coronavirus, and the time and location of their appearance are importance issues in disabusing ourselves of the notion that COVID-19 is exclusively a Chinese virus or Wuhan virus, or some such Cold War nonsense, the likes of which Mike Pompeo spits out regularly. 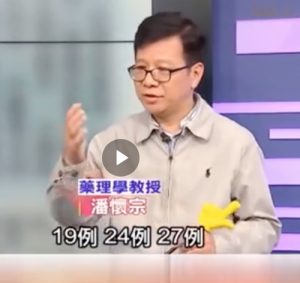 In relation to COVID-19, a Taiwanese virologist (pictured), as reported by Larry Romanoff for Global Research, is obviously a man who keeps his eyes peeled over such matters. On a Taiwanese television program (link) on February 27, he gave an in-depth explanation of the types of the virus located (five strains in all), which individually have been found in many different countries. From Romanoff’s piece,

The Virologist further stated that the US has recently had more than 200 “pulmonary fibrosis” cases that resulted in death due to patients’ inability to breathe, but whose conditions and symptoms could not be explained by pulmonary fibrosis. He said he wrote articles informing the US health authorities to consider seriously those deaths as resulting from the coronavirus, but they responded by blaming the deaths on e-cigarettes, then silenced further discussion. …

The Taiwanese doctor then stated the virus outbreak began earlier than assumed, saying, “We must look to September of 2019”.

He stated the case in September of 2019 where some Japanese traveled to Hawaii and returned home infected, people who had never been to China. This was two months prior to the infections in China and just after the CDC suddenly and totally shut down the Fort Detrick bio-weapons lab claiming the facilities were insufficient to prevent loss of pathogens. (10) (11)

He said he personally investigated those cases very carefully (as did the Japanese virologists who came to the same conclusion). This might indicate the coronavirus had already spread in the US but where the symptoms were being officially attributed to other diseases, and thus possibly masked.

It’s only in the US that all five strains can be found, according to the virologist and other researchers. China, for example, has been shown to have a different, more deadly strain to that found in both Taiwan and Korea. Italy and Iran have each been found to have different, independent strains, the Iranian being the most deadly. September 2019 is a logical time to look back to, given the infection Japanese tourists contracted in Hawaii. However, is that the earliest time the virus appeared?

In an interesting report for The Duran titled Coronavirus: The Plot Thickens, author Godfree Roberts constructs a timeline in which vaping was attributed as the source of unusual lung problems mimicking COVID-19 symptoms in the US as far back as April of last year (see the months of April and August):

April, 2019: An outbreak of severe vaping-associated lung illness is exclusively confined to the United States, despite the fact that the majority of vapers live outside the US.

July 3, 2019: The CDC halts research at Fort Detrick, citing “national security reasons” for not releasing information about its decision.

Jul 14, 2019: Chinese researcher escorted from infectious disease lab amid RCMP investigation. Public Health Agency of Canada describes it as a possible ‘policy breach,’ no risk to Canadian public. The first Chinese to discover or warn about the Covid-19 outbreak?

August, 2019: First Vaping Death Reported by Health Officials “Amid the lack of information, investigators scrambled to find shared links to the respiratory problems. Officials said earlier this week that many patients, most of whom were adolescents or young adults, had described difficulty breathing, chest pain, vomiting and fatigue,” the precise symptoms of Covid-19 infection.

When the Taiwanese virologist contacted the CDC about these 200 or so strange cases around August, which mimicked pulmonary fibrosis, the CDC put it down to a vaping disease, refusing to accept the coronavirus hypothesis.

Below, the report (pro-western MSM source) focuses on the northern Italian region of Italy where cases of the coronavirus were believed to have begun in November. The first case of coronavirus in China was recorded around December 1st, thus being present during November.

Would the Italian infection have been of a different strain to that of the Chinese? The story below focuses on the time of November but doesn’t address the strain issue, which is critical. However, it is by no means obvious that China was the first place chronologically to show the typical symptoms of what is being labelled COVID-19.

A “strange pneumonia” was circulating in northern Italy as long ago as November, weeks before doctors were made aware of the novel coronavirus outbreak in China, one of the European country’s leading medical experts said this week. 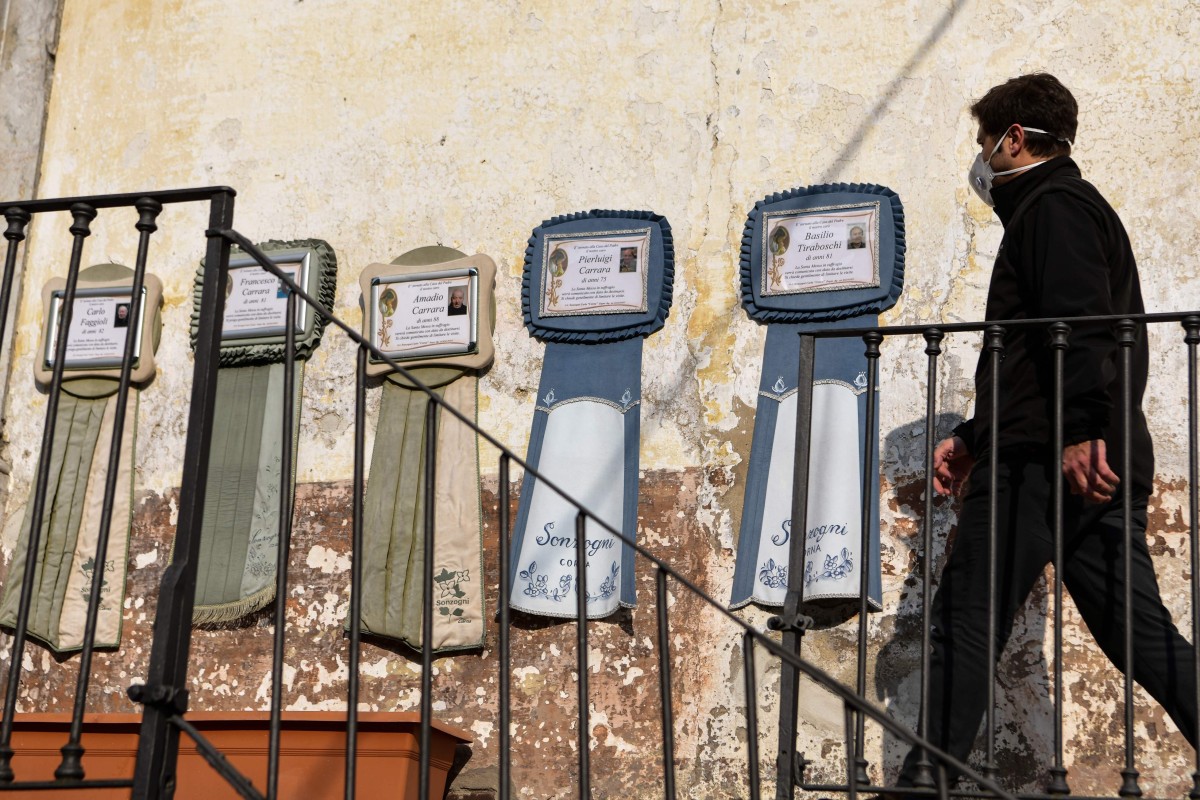 “They [general practitioners] remember having seen very strange pneumonia, very severe, particularly in old people in December and even November,” Giuseppe Remuzzi, the director of the Mario Negri Institute for Pharmacological Research in Milan, said in an interview with the National Public Radio of the United States.

“This means that the virus was circulating, at least in [the northern region of] Lombardy and before we were aware of this outbreak occurring in China.”

Remuzzi’s comments came as scientists continue to search for the origin of the coronavirus. Chinese respiratory disease expert Zhong Nanshan said earlier that although China was the first to report the pathogen, it was not yet certain where it actually came from. Lombardy is home to Italy’s largest Chinese population.

Remuzzi said it was only recently that he had heard from Italian doctors about the disease, which meant it had existed and been spreading without people’s knowledge.

Despite reporting its first locally transmitted coronavirus infections – in Lombardy – only on February 21 – it had had only imported cases before then – Italy has since had more than 53,000 confirmed cases and 4,825 deaths from Covid-19, the disease caused by the pathogen. By comparison, China has had just over 81,000 cases and 3,261 fatalities.

Italy suspended all flights to China on January 31, the first nation to do so.

In the central China city of Wuhan, where the epidemic was first identified, doctors began noticing a “pneumonia with an unknown cause” in December. The first known infection in the city can be traced back to December 1.

A report by the South China Morning Post said that the first Chinese case might have been as early as mid-November, but that has not been confirmed by Beijing.

The current thinking among the scientific community is that the first infection in Lombardy was the result of an Italian coming into contact with a Chinese person in late January. However, if it can be shown that the novel coronavirus – officially known as SARS-CoV-2 – was in circulation in Italy in November, then that theory would be turned on its head.

The debate over the possible origin of the pathogen has also been at the heart of a war of words between Beijing and Washington, with Chinese foreign ministry spokesman Zhao Lijian among a number of Chinese officials and diplomats to amplify a conspiracy theory that the coronavirus outbreak might have started in the United States and been carried to Wuhan by the US Army.

Celebrated French Writer, Gabriel Matzneff, Has Been Charged With Pedophilia

A COVID-19 Theory I Cannot Prove