The Chilcot inquiry has delivered a damning verdict on the former prime minister Tony Blair’s decision to commit British troops to the US-led invasion of Iraq in 2003. It says:

Blair deliberately exaggerated the threat posed by Saddam Hussein
Chilcot finds that Blair deliberately exaggerated the threat posed by the Iraqi regime as he sought to make the case for military action to MPs and the public in the build-up to the invasion in 2002 and 2003. The then prime minister disregarded warnings about the potential consequences of military action, and relied too heavily on his own beliefs, rather than the more nuanced judgments of the intelligence services. “The judgments about Iraq’s capabilities … were presented with a certainty that was not justified,” the report says.

George Bush largely ignored UK advice on postwar planning
The inquiry found that the Bush administration repeatedly over-rode advice from the UK on how to oversee Iraq after the invasion, including the involvement of the United Nations, the control of Iraqi oil money and the extent to which better security should be put at the heart of the military operation. The inquiry specifically criticises the way in which the US dismantled the security apparatus of the Saddam Hussein army and describes the whole invasion as a strategic failure.

There was no imminent threat from Saddam
Iran, North Korea and Libya were considered greater threats in terms of nuclear, chemical and biological weapons proliferation, and the UK Joint Intelligence Committee believed it would take Iraq five years, after the lifting of sanctions, to produce enough fissile material for a weapon, Chilcot finds. Britain’s previous strategy of containment could have been adopted and continued for some time.

Britain’s intelligence agencies produced ‘flawed information’
The Chilcot report identifies a series of major blunders by the British intelligence services that produced “flawed” information about Saddam’s alleged weapons of mass destruction, the basis for going to war. Chilcot says the intelligence community worked from the start on the misguided assumption that Saddam had WMDs and made no attempt to consider the possibility that he had got rid of them, which he had.

The UK military were ill-equipped for the task
The UK’s military involvement in Iraq ended with the “humiliating” decision to strike deals with enemy militias because British forces were seriously ill-equipped and there was “wholly inadequate” planning and preparation for life after Saddam Hussein, the Chilcot report finds. The Ministry of Defence planned the invasion in a rush and was slow to react to the security threats on the ground, particularly the use of improvised explosive devices (IEDs) that killed so many troops, the report says.

UK-US relations would not have been harmed if UK stayed out of war
Chilcot rejected the view that the UK would lost diplomatic influence if it had refused to join the war. “Blair was right to weigh the possible consequences for the wider alliance with the US very carefully,” the report says. But it adds: “If the UK had refused to join the US in the war it would not have led to a fundamental or lasting change in the UK’s relationship with the US.” 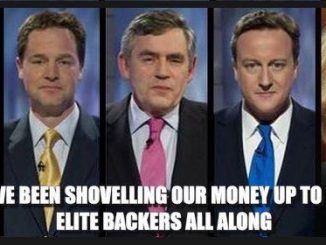 Austerity is Just a Fancy Schmancy Name for Class War 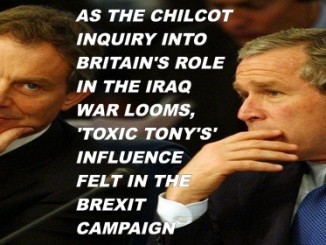 From Iraq to The Brexit Referendum: Tony Blair’s Toxic Legacy. Yes, He Should Stand Trial for War Crimes