Lawyer Rocco Galati, on behalf of the Honourable Paul Hellyer, P.C., and others, launches a constitutional challenge against the CETA, in the Federal Court of Canada

The statement of claim challenging the Canada-EU Comprehensive Economic and Trade Agreement (CETA) was filed at the Federal Court of Canada on Friday October 21. 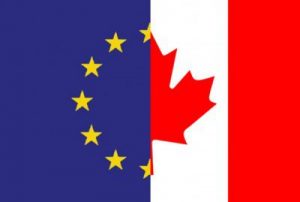 This development comes at a time when the EU country of Belgium refused to sign the free trade pact citing objections from the Belgian territory of Wallonia.

There has been a lot of pressure to see this agreement ratified, and those powerful entities pushing for its passage will likely not let Wallonia’s NO interrupt their ambitions.

This constitutional challenge is therefore highly important, and has implications for other such international agreements, such as the Trans-Pacific Partnership, which the Canadian government is pursuing.

Lawyer Rocco Galati, on behalf of the Honourable Paul Hellyer, P.C., and others, launches a constitutional challenge against the CETA, in the Federal Court of Canada

October 21st, 2016 – Canada’s longest-serving member of the Queen’s privy Council, the Honourable Paul Hellyer, P.C., along with two co-plaintiffs, Ann Emmett and George Crowell, both prominent members of the Committee on Monetary and Economic Reform (‘COMER”), launched a constitutional challenge against the much-maligned Canada-Europe Trade Agreement (“CETA”), at the Federal Court of Canada today.

Their lawyer, constitutional lawyer Rocco Galati, filed the statement of claim on his clients’ behalf on October 21st, 2016

The Plaintiff’s central challenge is four-fold, namely that:

(1) the federal government does not have the constitutional authority to sign, execute and implement treaties without the express prior authority of Parliament through an Act of Parliament

(2) the vast majority of the CETA articles and their impact encroach on exclusive Provincial spheres of jurisdiction protected by the division of powers under the Constitution Act, 1867

(3) the CETA guts and extinguishes the constitutionally protected Judiciary in Canada by creating foreign tribunals to determine property and legal issues in Canada without any judicial oversight or jurisdiction of the Canadian Courts over the disputes; and 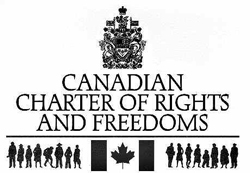 (4) various articles of the CETA violate constitutional enshrined rights in the Charter of Rights and Freedoms, and over-rides Charter guarantees that ground Canada’s ability to mount public programs on Health, Education, Social Services, and public utilities including the elimination of subsidies, monopolies, and state enterprises for public welfare. In short, the treaty places the rights of private foreign investors over those of the Canadian Constitution and Canadian citizens.

The Plaintiffs further argue that the federal government breached its right to vote under section 3 of the Charter of Rights and Freedoms inseparable from the constitutional right of “no taxation without representation” because the CETA was not properly debated and authorized by Parliament.

In addition to seeking several declarations, to clarify the Constitutional authority of the Executive branch of government to do this, the Plaintiff’s also seek interim injunctions to prevent the federal government from signing, ratifying and implementing the CETA.

Video: SAY NO TO CETA, with Hon. Paul Hellyer

More details will be disclosed tomorrow, Tuesday October 25, in Toronto.

Hon, Paul Hellyer, former Minister of Defense is one of the plaintiffs and is visiting Western Canadian cities over the next two weeks outlining his concerns.

Hon. Paul Hellyer is one of Canada’s best known and most controversial politicians. First elected in 1949, he was the youngest cabinet minister appointed to Louis S. St. Laurent’s government eight years later. He subsequently held senior posts in the governments of Lester B. Pearson and Pierre E. Trudeau. Through the years, as a journalist and political commentator, he has fought for economic reforms and has written several books on the subject.

Rocco Galati is Canadian lawyer who specializes in cases involving constitutional law and those suspected of terrorism. 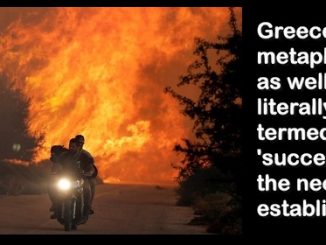 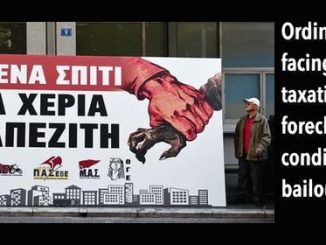 Now they even take the homes from Greeks! The crimes of IMF, Germany and EU