The Boycott, Divestment And Sanctions Movement Made Major Advances In 2016

2016 will be remembered “as Israel’s year of waging an all-out war on the Palestinian-led, global BDS movement.”

Palestine’s BDS National Committee (BNC) leads and coordinates the boycott, divestment and sanctions movement. It has been the biggest year yet for BDS, but it has also been a big year for anti-BDS oppression.

As the BNC put it in a recent round-up of the year, 2016 will be remembered “as Israel’s year of waging an all-out war on the Palestinian-led, global BDS movement.” 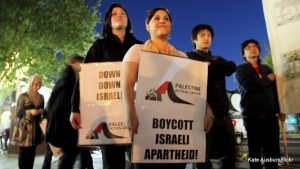 Big donor money is leading to a growing number of efforts to legislate BDS out of existence.

This has gone as far as arrests and travel bans against prominent Palestinian BDS leaders. The Israeli state this year also ramped-up its agitation against Palestinian BDS activists, threatening them with “targeted civil eliminations”. 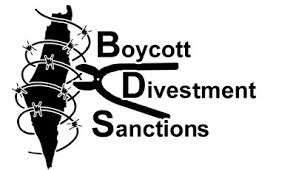 There have even been moves in the US and Britain towards banning criticism of Zionism, and executive action towards suppressing BDS (although headline claims about a British “ban” on BDS turned out not to be true).

Prime Minster Theresa May even denounced the movement this week at the Conservative Friends of Israel annual dinner, claiming that “the boycotts, divestment and sanctions movement is wrong, it is unacceptable, and this party and this government will have no truck with those who subscribe to it.”

Nevertheless, none of this has stopped the BDS movement from gaining some impressive ground. In fact, the oppression seems only to add to campaigners’ determination to call for the boycott of Israel until it is forced to end the occupation of Palestine, grant equal rights and allow the Palestinian refugees to return.

The biggest win was probably the withdrawal of G4S, which finally announced this month that is it ending most of its business with Israel. The world’s largest private security firm, G4S had been involved in Israeli prisons and illegal settlements in the West Bank. The victory came after years of activism and local campaigns around the world against the multi-national. “We will continue campaigning until G4S ends all involvement in violations of Palestinian human rights,” said the BNC’s Rafeef Ziadah.

Meanwhile, the BNC’s coordinator in Europe likened the struggle to that against apartheid in South Africa. “BDS pressure against Israel’s regime of occupation, settler-colonialism and apartheid is making some of the world’s most powerful multinationals realise that profiting from Israel’s violations of Palestinian rights is not just unethical and socially-irresponsible,” explained Riya Hassan, “but it is also downright bad for business.”

The last gasp of G4S was a good bookend for a year which had begun with another major BDS win against CRH, the Irish construction materials firm. The Ireland Palestine Solidarity Campaign had for a decade demanded that CRH cease its activities in Israel and the occupied West Bank. It had been involved in the supply of concrete to build Israel’s apartheid wall in the West Bank, as well as to Jew-only colonies, the Israeli settlements which are all illegal under international law.

In January, CRH divested completely from its Israeli operation. IPSC chair Martin O’Quigley said it was an “important victory for Palestinians” living under Israeli occupation. 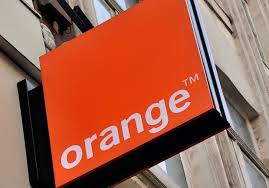 French telecommunications firm Orange also seemed to feel the impact of BDS in January. After a big campaign against the company by BDS Egypt, the Orange Israel brand no longer exists, after the firm ended its contract with Israel’s Partner Communications.

The BNC’s Arab world campaigns officer Guman Mussa said the news was “a significant success for the BDS movement and shows that international companies and investors are waking up to the fact that being linked to Israel’s regime of colonisation, occupation and apartheid is bad for business… We congratulate and thank all of the activists and organisations involved in this inspiring six-year international campaign.”

Orange denied that it was acting in response to BDS campaigners’ calls, but that seems highly unlikely. Not wanting to appear vulnerable to human rights campaigns, corporations more often than not deny the reality of BDS victories. The simple fact is, though, that the BDS Egypt campaign was hugely significant; Orange’s Egyptian subsidiary has 33 million customers.

The growth of BDS in the Arab world was another significant trend in 2016. As well as that important BDS Egypt win in January, more recently BDS Jordan has seen a massive public campaign against the kingdom’s gas deal with Israel. There were also campaigns in Kuwait and Morocco.

Intersectional struggles were advanced when acts of solidarity came from the Black Lives Matter movement in the US. A Movement for Black Lives delegation to Palestine informed the decision made by that important coalition (containing 50 organisations) to endorse the BDS movement as part of its platform. For this, it was slandered and smeared as “anti-Semitic” but the BLM movement didn’t seem to miss a beat. Dream Defenders hit back, appealing “to all those who believe in a world in which all people are free; join us. For those who no longer stand with Black people because of this belief, goodbye. We do not need nor want you in our movement.”

The biggest new target for BDS in 2016 was Hewlett Packard, the IT giant. It provides technology for Israel’s military checkpoints in the West Bank, a vital part of the illegal occupation infrastructure which causes untold misery for Palestinians every day, and sometimes even death.

Campaigners said that more than 150 actions were held against HP in a November-December week of action, with the Palestine Solidarity Campaign detailing 40 in British towns and cities alone. The campaign is already showing early signs of success, with one California church voting last week to boycott all HP products.

What else can Israel’s “war” against BDS come up with in 2017? We shall just have to wait and see. One thing is certain, though: support for BDS is growing, and the bigger it gets, the more effective it will be.

Asa Winstanley is an investigative journalist living in London who writes about Palestine and the Middle East. He has been visiting Palestine since 2004. He writes for the award-winning Palestinian news site The Electronic Intifada where he is an associate editor. He also writes a regular column for the Middle East Monitor. 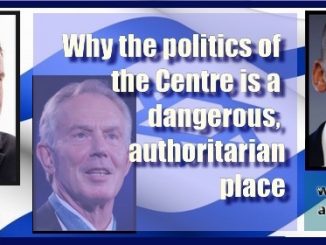