ER Editor: See also this recent short piece by ‘Eddie’ for The Duran on Trump’s agenda of MIGA, not MAGA, titled Trump Support.

Film-maker Oliver Stone has won 12 Academy Awards for his films. But this outstanding record doesn’t help when he seeks financing for a film critical of one of America’s wars. “You do those kinds of stories, it’s not going to happen.”  Stone said that his dissent from the pro-war narrative has brought 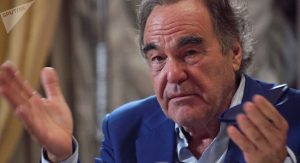 Hollywood practices the same censorship as CNN, the New York Times, and the rest of the presstitutes who champion war. Stone notes that we never hear the point of view from the countries that are labeled “threats,” such as Russia, China, North Korea, Iran, and Venezuela.

The Democrat and Republican political parties are also all for war. The Democrats won’t even let Tulsi Gabbard participate in the New Hampshire presidential Town Halls because she is not a partisan of war.

Stone says that the fact that Democrat leaders such as Hillary Clinton and Joe Biden are as pro-war as Dick Cheney and the Zionist neocons “shows you how locked up America is.”  As Putin said in the interviews Stone did with him, “It doesn’t make a difference who is President of the United States.” Washington’s policy is hegemony achieved through war.

Trump said that he wanted to get America out of war. Trump said he would normalize relations with Russia and withdraw American forces from the countries that George W. Bush and Obama had invaded with US troops or with proxies called “freedom fighters.” However, under pressure from “Russiagate” and “impeach-gate,” Trump has fruitlessly sought protection from the powerful Israel Lobby, all for naught. The most active people in Trump’s impeachment are Jewish members of the Democrat majority in the house, and most of the contrived and false witness testimony against Trump was from Jews.

Nevertheless, Trump has put his presidency at the service of Israel. Trump recently said that he withdrew from the solid multi-state agreement with Iran (ER: the JCPA or Iran nuclear deal), which Iran kept by ceasing to enrich uranium that could be used for weapons because Israel wanted him to.  Here is Trump in his own words kowtowing to Netanyahu at a joint press conference with indicted felon Benjamin Netanyahu, Prime Minister of Israel, in Washington on Tuesday, January 28, 2020, a performance by an American President that must embarrass every American and make them feel deep shame:

“As everyone knows I have done a lot for Israel; moving the United States embassy to Jerusalem [al-Quds], recognizing the Golan Heights, and frankly perhaps most importantly, getting out of the terrible Iran nuclear deal,” said the US president to a roaring pro-Israel audience at the White House.

Trump’s movement of the US embassy to Jerusalem is contrary to the position held by the rest of the world and by Washington until Trump violated the UN position.  Trump does not own the Syrian Golan Heights, Israeli-seized territory that cannot be annexed into Israel according to international law, and has no authority or legal power, other than might is right, to give Syrian territory to Israel. But Trump did.

Notice:  Trump provides reasons for impeaching him, but it would have required the Democrats to take a position against Israel, something they will never do. And neither will the Republicans. Both parties are owned lock, stock and barrel by the Israel Lobby.

Therefore, America’s war on Israel’s behalf in the Middle East will continue. Israel wants the water resources of southern Lebanon, and as Israel’s two failed attempts demonstrate, Israel is unable to achieve this on its own. 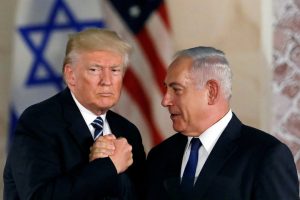 Hezbollah is funded and supplied by Syria and Iran, and this is the reason that Netanyahu is using his puppet, the President of the United States Donald Trump, to continue to create conditions for Americans to die fighting for Israel against Syria and Iran.

Trump would willfully comply with Netanyahu’s instructions, but Russia is in the way.

The question before us is whether Russia, in order to gain acceptance from the West, will sell out Syria and Iran in exchange for membership in the corrupt politics and social dysfunction of the Western World.

Considering the Western interests of significant Russian movers and shakers —oligarchs—who were enriched by the US takeover of Russia during the Yeltsin years, it is not inconceivable that the Russian government would accept Greater Israel (see map) in the Middle East in exchange for membership in the Western 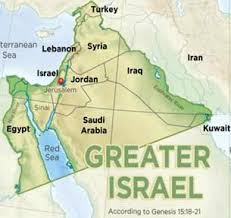 Russia is very susceptible to being corrupted by the West. Life under communism, or tales thereof, have prejudiced much of Russian youth against Russia. There is a belief that America is Nirvana where streets are paved with gold. The success of American propaganda is world wide, and this is a huge weakness for Russia. Today, Washington-financed NGOs can bring thousands of Russian youth into the streets to protest Putin, which makes headlines in the US and supports Washington’s propaganda that Putin is a dictator who suppresses Russian democracy.  Why the Russian government permits this fifth column activity indicates a lack of confidence on the part of the Russian government. Washington seizes on the lack of Russian confidence and increases the pressure.

With Washington and its European vassals operating against Russia every minute of every day, week, month, year, the Russian government could fall again as it did in 1991. Russia is far from home free. Russian sovereignty is still not guaranteed. 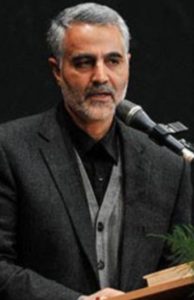 Trump murdered a high-ranking government official of Iran, Qassem Soleimani (pictured), who was on a peace mission on a commercial flight to Iraq where he was invited. This was both a crime and an act of war. Russia suppressed the Iranian response, so now Washington is threatening to murder the successor of Soleimani.

The world turns a blind eye. Americans are indoctrinated to see Iran, like Russia and China and North Korea and Venezuela, as an enemy. So the more Iranians who are killed, the happier the indoctrinated Americans.

Europe and Japan, being Washington’s vassals, are useless in introducing any restraint and intelligence into deterring Washington’s drive for world hegemony in Israel’s service.

The conclusion is that War Is Our Future. The coronavirus, assuming it is not just another pandemic hype like bird flu, SARS, swine flu, etc., will kill far less people than nuclear weapons.

Indeed, Washington and its wars are a threat to the life of planet Earth. The world is trapped in Washington and Israel’s ambitions. As Russia and China refuse to put their foot down and continue to stupidly open themselves to American interference and, perhaps, biological attack, war is our future. When the button is pushed, we will cease to exist. And so will the animals, the birds, the plants and trees.

Only ruin created by Washington will remain. 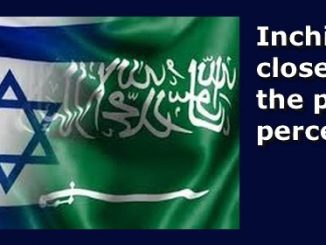 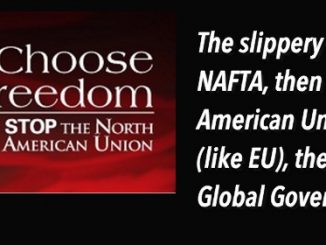 Don’t Renegotiate NAFTA, Get US Out! 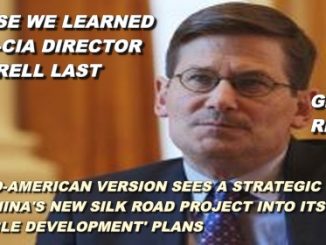