In a previous article (published on July 29) I focussed on Hilary Clinton’s involvement in the destruction of Libya in 2011.

In that piece I wrote that Libya had disappeared from mainstream media coverage, but that it will reappear if US/NATO forces decide to bomb again. I suggested that such bombing may be fast approaching.

That bombing has arrived quicker than I thought; it commenced on Monday, August 1, and some MSM have reported it, although not prominently. The prime minister of Libya’s western-backed government based in Tripoli, Fayez Serraj, said that he requested that the US assist his troops by bombing Islamic State forces in Sirte, Libya’s main petrochemical port, where the Tripoli government’s soldiers are engaged in a ground offensive to retake Sirte from ISIL.

As usual, the double-talk about the role of American ground forces’ involvement continues. Washington and Tripoli, while admitting US special operation forces are operating in Libya, deny that they are involved in this bombing campaign or in any combat operations in the country.

Being “invited in” and conducting “limited operations,” are phrases straight from Iraq, Syria, and Afghanistan. Pentagon Press Secretary Peter Cook said the air strikes “would continue as long as [the Libyan government] is requesting them” and they don’t have “an end point at this particular moment in time.” Cook also said that the legal justification for this bombing, which will no doubt be sustained, is ‘Authorization for Use of Military Force,’ approved by Congress on September 18, 2001 as a result of the attacks of September 11, 2001.

That document reads as follows:

Thus the legal justification for the bombing of ISIL in Libya is that they were involved in 9/11, even though ISIL didn’t exist then and is an arch-enemy of al Qaeda.

This is the same justification Barack Obama used for war against Syria, Iraq, Yemen, and Somalia.

In 2011 the justification for bombing Libya was to protect Libyans from allegedly being slaughtered by Muammar Gaddafi. That was pure propaganda.

While self-contradictory in the extreme, such apologia are part of a calculated vicious circle whereupon terrorists are created and supported, then attacked, producing more terrorists, who are bombed, resulting in more chaos, the breakdown of central governments, new terrorists, more chaos, ad infinitum. Call it the “circle game.”

The result is that any country in the region that opposes U.S.policies is destroyed (Iran being the current exception), while those who support US policies are rewarded, no matter how repressive they are.

A Libyan example of the circle game is the current U.S. bombing of ISIL forces in Sirte in support of the Western-backed government in western Libya, while “secretly” supporting General Khalifa Haftar, an enemy of the Government of National Accord (GNA) in Tripoli, by also bombing his political enemies in eastern Libya, including those who have been fighting ISIL. 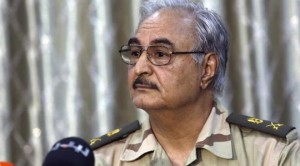 The journalist Karim el Barput put it this way to Al Jazeera,

Haftar, a CIA asset and proxy of Egyptian dictator General Abdel el-Sisi, lived in the U.S. for nearly twenty years, residing just outside Washington DC in Falls Church and Vienna, Virginia, in cozy proximity to his patron in Langley. He became a U.S. citizen, and is now a powerful warlord back in his home country. It is another familiar story.

After five years off the radar of the MSM, we can expect the US/NATO war against Libya to intensify and receive more attention. It will be a tale we’ve heard before: bombings and suicide attacks, assassinations, “collateral damage,” militias here, militias there, etc.

All this will be justified in the name of protecting Americans from those who allegedly attacked us on 9/11. It is a shell game.

Edward Curtin is a sociology professor at Massachusetts College of Liberal Arts in North Adams, MA and regular contributor to Global Research 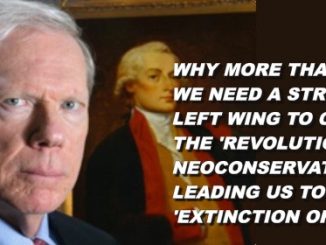 What Became of the Left? — Paul Craig Roberts 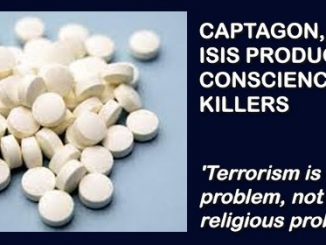 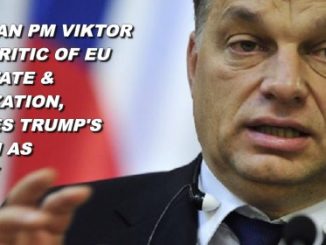