Is it a sincere apology, or just Belgium politicians placating a population disgusted with a corrupt cronyism so out of control that Saudi Arabia is now appointing to a United Nations women’s rights commission?

Ridiculous, but true, and proof of the point that the UN is corrupt to its core, as are its many diplomats, who have proven that oil money can open any door and buy any position of influence. 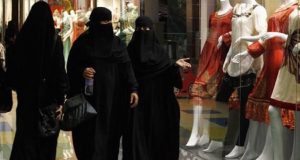 Belgium is walking back its vote, chalking it up to a regrettable diplomatic mix-up.

After the vote sparked much criticism at home, Belgium Prime Minister Charles Michel told the parliament on Thursday…

“If we could do it again and if we would have the chance to discuss it at government level, I of course would have argued that we not approve this.”

“I regret the vote.”

Saudi Arabia was expected to have its accession to the 45-member commission rubber stamped as the number of nominees matched the exact number of available seats.

But when the US called for a sudden vote, Michel explained that Belgium’s UN representative did not have sufficient time to consult with Brussels, and pushed through Riyadh’s bid.

While Saudi Arabia managed to easily gain a place with 47 votes out of 54, the election of a state that does not even allow women to drive, treats their evidence as less valuable in court, and forces them to obtain a permission from a male guardian to travel or undergo a medical procedure, caused a resonance.

“There is a regret but there is a missed opportunity to make a strong gesture for the right of women today trampled on by an act that has dishonored our country,” said Gwenaelle Grovonius of the opposition Socialist Party, who also demanded that foreign minister Didier Reynders, who had said he was unaware of the vote at the time, resign for the imbroglio.

“Belgium is generally active in defending women’s rights and expresses its views on this issue, so I was surprised to learn that it had supported a country with no regard for women and which continually flouts their rights. At first I thought it was not possible,” said Viviane Teitelbaum of the Council of Francophone women, an activist group.

“Human rights activists everywhere ought to accept this rare apology,” said Hillel Neuer, executive director of the non-profit UN Watch, “provided that it is matched with a real commitment to ending the UN’s routine elevation of gross human rights abusers to influential human rights bodies, which only empowers the regimes, not the victims.”

UN Watch, whose coverage drew attention to what may otherwise have been a quiet backroom vote, called on other democratic states that voted for Saudi Arabia in what was a secret ballot, to reveal their decision, and follow Belgium’s example.

“Saudi Arabia may have a large part of the world’s oil wealth, but their contempt for the basic rights of women should never be legitimized by UN bodies or by liberal democracies such as Belgium,” said Neuer.

Writer and director for The Duran, Alex Christoforou is living the dream in Moscow. 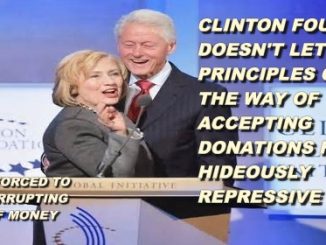 Why Did the Saudi Regime and Other Gulf Tyrannies Donate Millions to the Clinton Foundation? 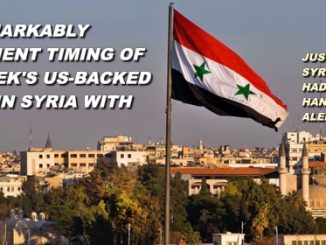 Is The Syria Ceasefire Actually A Good Thing?

Western-led ‘International’ Organizations Have No Future