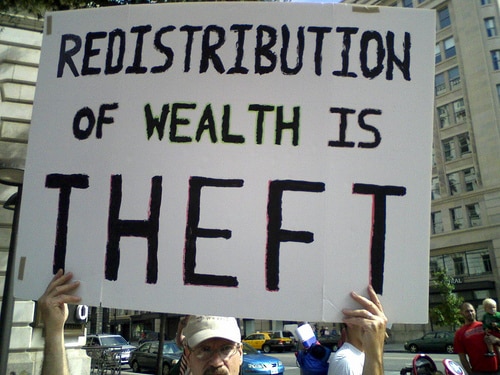 Resistance is growing: “The goal clearly is a technocracy that will undermine freedom, constrain opportunity, not truly benefit the poor, and materially harm societies that have moved beyond the struggle for survival.”  ⁃ Technocracy News Editor

The environmental movement wants to make the rich West much poorer so that the destitute can become richer.

Rather than improve the plight of the developing world through such crucial projects as constructing an Africa-wide electrical grid, environmentalists say significant progress will have to wait until the improvements can be sustainable–meaning that billions will have to remain mired in poverty to “save the earth.”

Having ruled out substantial growth for our destitute brothers and sisters, we are told that we will have to substantially redistribute the wealth of the West to the poor, so that the entire globe can live in a substantially lower (for us) but relatively equal standard of living.

That’s certainly the message of a new paper published in Nature. After identifying the criteria for a “good life,” the authors push redistributionism on a global scale. From, “A Good Life for All Within Planetary Boundaries:” (my emphasis):

We apply a top-down approach that distributes shares of each planetary boundary among nations based on current population (a per capita biophysical boundary approach). While the environmental justice literature emphasizes the need for differentiated responsibilities in practice, a per capita approach allows us to explore what quality of life could be universally achieved if resources were distributed equally.

It is an important question to address given that it is often claimed that all people could live well if only the rich consumed less so that the poor could consume more.

The theory of human needs developed by the above authors…visualizes sustainability in terms of a doughnut-shaped space where resource use is high enough to meet people’s basic needs (the inner boundary), but not so high as to transgress planetary boundaries (the outer boundary).

In other words, growth is out. We must live within economic and social systems strictly limited by arbitrary boundaries on the use of resources established by “the experts.”

The authors argue that thriving societies are “transgressing” their resource use quotas:

The social indicators most tightly coupled to resource use are secondary education, sanitation, access to energy, income and nutrition. With the exception of education, these are more closely associated with meeting physical needs than with achieving more qualitative goals (for example, social support and democratic quality). The social indicator least tightly coupled to resource use is employment.

They talk democracy. But they don’t mean it, as they prescribe an international technocratic tyranny–couched in passive language–that would take from the successful to give to those in need in order to prevent their increased use of natural resources:

If all people are to lead a good life within planetary boundaries, then our results suggest that provisioning systems must be fundamentally restructured to enable basic needs to be met at a much lower level of resource use.

How are you going to do that, fellows? Confiscation of wealth? Increased socialism? Destruction of democracy for those countries not willing to strip their walls bare? In so many words, all of the above:

Based on our findings, two broad strategies may help move nations closer to a safe and just space. The first is to focus on achieving ‘sufficiency’ in resource consumption…

A focus on sufficiency would involve recognizing that over-consumption burdens societies with a variety of social and environmental problems, and moving beyond the pursuit of GDP growth to embrace new measures of progress. It could also involve the pursuit of ‘degrowth’ in wealthy nations and the shift towards alternative economic models such as a steady-state economy.

ER recommends other articles by Technocracy News, and National Review where this article originally appeared 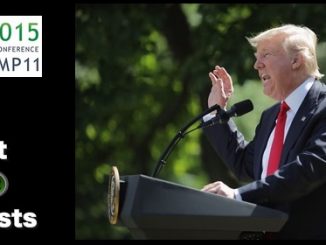 President Trump Announces US Pullout From Paris Climate Accord 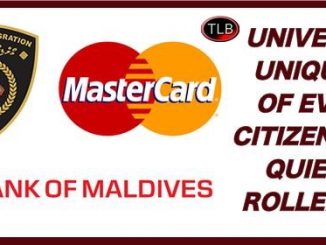 The Most Comprehensive Universal ID Card In The World Is Launched 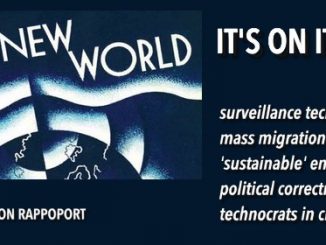