ER Editor: A group of fifty Belgian healthcare professionals representing a range of medical practitioners, from specialists and family doctors to midwives and psychologists, have gone to court urgently against a government policy to mass vaccinate targeted sub-populations totalling almost 3 million people against the flu.

This legal action relies on, among other studies, the 2020 US Pentagon study showing that the flu vaccine renders recipients up to 36% more susceptible to non-flu viral respiratory infections such as ‘covid’. See here and here for that study.

The date of the Belgian hearing is tomorrow, September 30.

This is their site: Transparence Coronavirus

French oncologist and effective medical critic of the French government, Dr. Nicole Delepine gives her take on the original article linked-to below.

Related to this topic is the following piece from the Brussels Times from late August, Belgium’s different health ministers insist on importance of flu vaccination. And in passing, we bumped into this study attempting to explain why Belgian healthcare workers, along with their Dutch counterparts, are relatively unlikely to get vaccinated against flu: Sociocognitive predictors of the intention of healthcare workers to receive the influenza vaccine in Belgian, Dutch and German hospital settings.

Don’t let yourself be vaccinated against the flu!

On September 25, about fifty healthcare professionals filed an application in summary proceedings before the Brussels Court of First Instance.

Why? A U.S. military study reports a 36% higher risk of coronavirus infection for people who have received a seasonal influenza vaccination compared to those who have not [1].

This viral interference phenomenon already occurred in 2009-2010, with H1N1: at that time, people who had received a seasonal influenza vaccine were twice as likely to contract H1N1 as those who had not been vaccinated [2]. 2] Canadian authorities had to change their recommendation for influenza vaccination.

While the Western governments that most mishandled the coronavirus crisis (France, Spain and Belgium among others), consciously, to block any claim through fear, or unconsciously, because of their incompetence (less plausible, the organized confusion was probably a strategy), the minister’s latest idea is to impose flu vaccination on so-called frail caregivers and seniors when flu mortality in 2020 was lower than ever before (presumably, flu deaths have been classified as covid because of the desire to scare people but also to collect covid premiums for reported deaths), this decision is puzzling and worrying.

However, as early as February-March, it was reported that the region of northern Italy that suffered the greatest number of Covid-19 victims was the one that had just undergone a major flu vaccination campaign. From then on, the possibility of a facilitating interaction between influenza vaccination and Covid-19 was raised, but a lead cover fell on this disturbing information. (ER: A meningitis vaccine had also been distributed to thousands of residents of this region. LINK)

In September 2020, when the epidemic is clearly over throughout Europe, governments are trying to make people believe in a second wave with multiplied PCR tests without limits (despite their unreliability already been revealed this summer). This is to feed fear, to try to justify a future and hypothetical vaccine, and above all to impose coercive measures, even a lockdown at the request of multinationals, which have not finished killing the basic economy (liberal professions, independents, small traders) nor the currency, and therefore preach for the application to the letter of the Ferguson and Davos plan. Virus or not, we must act as if it were there. Instilled and maintained panic is the best way to control people, as the sinister Goebbels coldly explained.

For almost a year now, we have been witnessing an overbidding of liberty-destroying measures affecting a large part of the European peoples in terms of health and democracy. In Belgium, as in France, the tragicomedy of the pseudo-second wave based on falsified tests has led to the generalized obligation of ineffective, dangerous and liberticidal masks with possible infectious but, above all, psychological consequences, isolating people from each other, seriously disrupting university courses and school education, even nursing babies in crèches who are deprived of the smile of their caretaker. Madness on the loose …

But as the French government has envisaged, the Belgian authorities have decided to vaccinate 2.9 million Belgians against the flu. If we are at the tail end of the epidemic, we can fear aggravating the residual cases of coronavirus.

“A massive flu vaccination threatens not only the vaccinated individuals, by increasing their susceptibility to coronavirus infection (which is all the more serious in the oldest subjects, who are already the most vulnerable to this virus and who have already paid a heavy price with the confinement!), but also, consequently, all their entourage as well as the health professionals they work with.” (Agoravox 27 Sept)

“Numerous publications and scientific meta-analyses conclude that it is not very effective and that there is a lack of science behind it. M. ANDERSON et al published a study “The Effect of Influenza Vaccination for the Elderly on Hospitalization and Mortality: An Observational Study With a Regression Discontinuity Design”[4], which concludes that “Influenza vaccination does not reduce mortality or the risk of hospitalization.”

And in the British Medical Journal: “Industry-sponsored studies are published in the most prestigious journals and are more highly cited than other studies. … the strong evidence in favour of influenza vaccines is thin, but there is evidence of widespread manipulation of the conclusions”[5] or: “it is belief, not science, that is behind the promotion of influenza vaccine”[6].

“The Sciensano site reminds us that the flu affects at most 10% of the population with only 1 case of serious complication (hospitalization) out of 1000 infected people [8], so we must also balance these 0s, 01% of the population likely to be severely affected by influenza and the risks that a traditionally ineffective vaccination is likely to pose to the entire Belgian population if nearly 3 million people are vaccinated, making them potentially much more susceptible to the coronavirus, and therefore more capable of transmitting it to others, whether or not they are vaccinated.”

In fact, the Belgians have therefore appealed against this flu vaccination obligation.

“For all these reasons, the plaintiffs ask the court, under penalty of fines, to suspend the flu vaccination campaign, to correctly assess the risks that this campaign will be accompanied by an increase in covid cases and associated mortality and that, at the very least, patients and citizens be correctly informed of this risk, capable of impacting the health and availability of healthcare providers as much as the rest of society, with a possible tightening of measures restricting everyone’s freedoms if this massive vaccination campaign contributes to a substantial increase in the rate of contamination.”

The hearing is tentatively scheduled for Wednesday, September 30 in Brussels, at 9:00 a.m.

Video no.1 (on the fed up state of the caregivers, the dramatization of the disease, forgetting the immune system, the impeded treatments and the concern about the problematic school context for the children):

Video no.2 (about the numbers, the real seriousness of the disease and the issue of testing) : 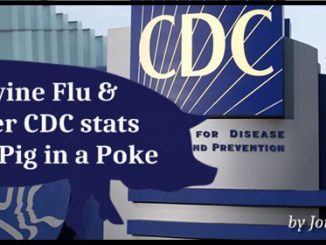 Is France Experiencing ‘Terrorist’ Distraction Before a Second Nation-Destroying Lockdown is Announced?

Covid or Not, Too Many of Us Seem to Have Gone Crazy