ER Editor: What other shoes are about to drop? And who’s behind it? See Simon Parkes’ page for an intriguing comment.

Notice that no really good reasons are offered for these two withdrawals from political life. The so-called corruption allegations against Kurz are minor, which any prominent political figure could likely be accused of. We remind readers that Kurz had been picked from the globalist stable of Young Global Leaders, a recruitment program of the Schwab-led World Economic Forum.

Alexander Schallenberg has announced he is resigning as chancellor of Austria, just two months after taking office. He said he would remain in the post until his party agrees a new leader in the wake of Sebastian Kurz’s departure.

Just hours earlier, Schallenberg’s predecessor and People’s Party leader Kurz said he was leaving politics and would officially step down as party chair on Friday.

In a statement on Thursday, Schallenberg said he believes “that both positions – head of government and leader of the Austrian party with the most votes – should soon once again be held by the same person.”

“I am therefore making my post as chancellor available as soon as the relevant course has been set within the party,” he added.

Schallenberg had stepped into the chancellorship after Kurz left office amid corruption allegations in October. Many expected the latter to return, but he announced his retirement from politics completely on Thursday, insisting the move was not an admission of guilt, but rather a personal decision.

The Austrian prosecutor’s office for economic crimes and corruption has opened an investigation into Kurz and a number of his close associates after accusations they manipulated opinion polls alongside misusing public funds to secure favorable media coverage of his policies between 2016 and 2018. Kurz has repeatedly denied any wrongdoing.

Austria’s former chancellor, Sebastian Kurz, announced on Thursday that he will step back from politics after serving about 10 years in government.

“I am looking forward to the new chapter ahead, but it has been the honor of my life to serve the Republic of Austria,” Kurz wrote on social media.

“I did not take this decision lightly but am leaving without any hard feelings.”

The 35-year-old former federal leader said during an unusually long statement to the media that he had put his job “above almost everything,” leaving little time for his family.

Kurz, who was one of Europe’s youngest leaders, noted that his enthusiasm for politics had become less over time, and the recent birth of his first child had motivated him to take the final step to quit politics.

“The past weeks and especially the birth of our son Konstantin a few days ago, have made me realize once again how many beautiful and important things there are outside of politics,” he said.

After 10 years in government I have decided to step back from politics and hand over my responsibilities from today. You can find my full statement here: https://t.co/CQwt6sK45Q

Kurz resigned as chancellor in October at the behest of his coalition partner, the Greens, after prosecutors announced that he was one of the targets of an investigation into suspected bribery and breach of trust, though he remained head of his People’s Party (OVP) and a lawmaker.

During Thursday’s news conference, Kurz acknowledged that he had made mistakes during his 10-year career, while also referring to the allegations made against him.

“I am neither a saint nor a criminal,” the politician said. “Now that there are legal accusations against me, I look forward to the day when I can prove in court that they are wrong,” he added.

Kurz, who was succeeded as chancellor by Alexander Schallenberg, has been the dominant and most polarising figure of Austrian politics since 2017 when he became OVP leader and then chancellor, winning a parliamentary election and forming a coalition with the Freedom Party (FPO).

He led his party in two parliamentary elections in 2017 and 2019, becoming chancellor after both. But his time in government was mired in scandals including the graft investigation and his dismissal by parliament in 2019 after a video sting ensnared the then-leader of the FPO and their coalition collapsed.

Kurz said the OVP leadership would meet on Friday but did not endorse anyone to succeed him. Various Austrian media said Interior Minister Karl Nehammer is the best-placed candidate. 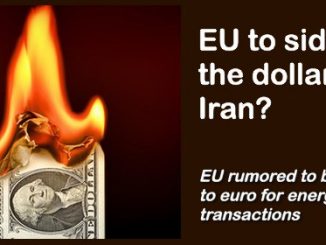 Europe to ditch US dollar in payments for Iranian oil, source