ER Editor:  On the topic of the FBI’s recent re-assessment of people who believe in so-called ‘conspiracy theories’ as domestic terrorists, we also recommend this 28-minute video by James Corbett:

An Open Invitation to Tyranny

The FBI has published a document that concludes that “conspiracy theories” can motivate believers to commit crimes.

Considering the growing acceptance of pre-emptive arrest, that is, arresting someone before they can commit a crime that they are suspected of planning to commit, challenging official explanations, such as those offered for the assassinations of John F. Kennedy, Robert Kennedy, and Martin Luther King or the official explanation for 9/11, can now result in monitoring by authorities with a view to finding a reason for pre-emptive arrest. Presidents George W. Bush and Obama created the police state precedents of suspension of habeas corpus and assassination of citizens on suspicion alone without due process. If Americans can be preemptively detained indefinitely and preemptively assassinated, Americans can expect to be preemptively imprisoned for crimes that they did not commit.

As Lawrence Stratton and I explained in our book, The Tyranny of Good Intentions, the historic achievement of forging law into a shield of the people is being reversed in our time as law is being reforged into a weapon in the hands of the government.  https://www.penguinrandomhouse.com/books/155833/the-tyranny-of-good-intentions-by-paul-craig-roberts-and-lawrence-m-stratton/ 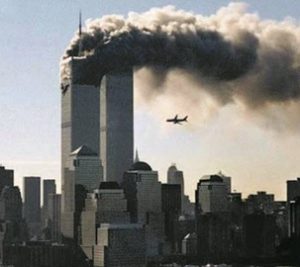 Consider 9/11. No forensic investigation of 9/11 was ever officially conducted. Instead, the destruction of the buildings was blamed on Osama bin Laden, and scenarios and simulations were created to support the allegation, not to find the truth. Architects, engineers, scientists, pilots, and first responders on site cannot reconcile the official prevailing explanation with the facts. The scientific and testimonial evidence that they have produced is dismissed as “conspiracy theory.” It is those experts who stand on the evidence who are defined as conspiracy theorists, not those who created the story of Osama bin Laden’s 9/11 conspiracy.

Consider Russiagate. Here we have an alleged conspiracy between Trump and Russia that was the 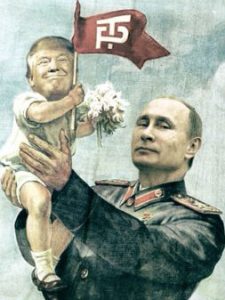 What the FBI report does, intentionally or unintentionally, is to define a conspiracist as a person who doubts official explanations. In other words, it is a way of preventing any accountability of government.  Whatever the government says, no matter how obvious a lie, will have to be accepted as fact or we will be put on a list to be monitored for preemptive arrest.

In effect, the FBI’s document reduces the First Amendment, that is, free speech, to the right to repeat official and prevailing explanations. Any other speech is a conspiratorial belief that can lead to the commission of a crime.

Every American should be greatly concerned that the government in Washington does not see this FBI document as an open invitation to tyranny – repudiate it, and demand its recall. 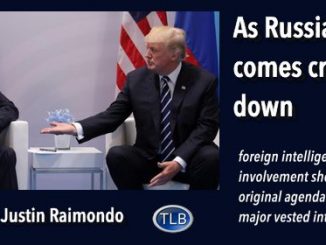 Free Speech Must Die! Exploring the Joint Jewish-Muslim Love of Censoring the Rest of Us 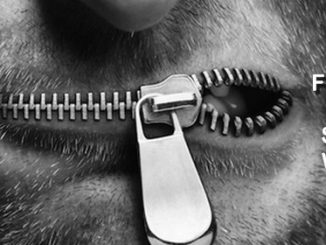 ‘The Palestine Exception’: the War on BDS is now a war on American democracy