More than 40 million Russians are taking part in nationwide preparedness drills during a 4-day period this week from October 4-7. Russian authorities are conducting the planned civil defense training exercises as part of annual drills which the government started in 2012. The exercises feature federal and regional executive authorities working with local governments to respond to “large natural and man-caused disasters in the Russian Federation” and will include about 200,000 emergency rescue professionals.

“The main goal of the drill is to practice organization of management during civil defense events and emergency and fire management, to check preparedness of management bodies and forces of civil defense on all levels to respond to natural and man-made disasters and to take civil defense measures,” according to the agency website for the Ministry of the Russian Federation for Civil Defence, Emergencies and Elimination of Consequences of Natural Disasters. 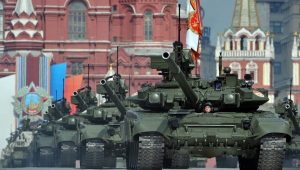 One of the objectives for the civil defense team will be responding to the potential effects of events involving radiation, chemical and biological threats, which would make it one of Russia’s largest nuclear war drills since the end of the Cold War. The exercises are also designed to test the feasibility of contingency plans for emergencies, and civil defense infrastructure such as shelters and emergency supply stockpiles.

This year’s drill comes amid a spike in tensions between Russia and the United States after the collapse of planned cooperation to target Islamic State and Al Nusra terrorists in Syria as part of negotiations to end the proxy war in the country.

While the US-Russia relationship has been problematic in recent years, another sign of increased tension is a warning from the US Chairman of the Joint Chiefs of Staff Joseph Dunford, who told Congress last week that the implementation of a No-Fly Zone in Syria would result in World War III. Dunford made the statements during testimony before the Senate Committee on Armed Services in response to Senator Roger Wicker of Mississippi asking about Hillary Clinton’s proposal for a No-Fly zone in Syria because of claims that Russia and Syria have intensified the bombardment of rebel-held East Aleppo as the Syrian government fights for control.

“Right now, Senator, for us to control all of the airspace in Syria would require us to go to war against Syria and Russia. That is a pretty fundamental decision that certainly I’m not going to make,” said the Chairman of the Joint Chiefs which may mean that military leaders consider the policy to be very dangerous.

The possible dangers of the Syria conflict expanding into a wider war involving Russia are the stated objectives listed for the Russian preparedness drills. While this year’s drills are large in scale, it was exceeded by the 2013 exercises which involved over 60 million people. The national drills began on October 4, which is Civil Defense Day in Russia.

Here are the details as released by the Ministry for Civil Defense.

The stage plans to practice deployment a mobile interagency multi-functional team of civil defense forces and facilities in each federal district in order to carry out rescue and other urgent operations, civil defense actions and to deploy special civil defense units in constituent territories; putting rescue military units, divisions of the federal fire service, rescue units on standby. The stage provides for the team to be reinforced, activation of backup control centers and practicing collecting and exchanging information in the field of civil defense.

III stage: Organization of actions of civil defense management bodies and forces for response to large disasters and fires.

The stage will deal with the use of the civil defense team to respond to large disasters and fires, setting up aerial and mobile control centers, revising of routes for save evacuation of people, organization of vital services; taking off fire and rescue units of the federal fire service to put out fires and conduct rescue operations at potentially dangerous facilities, including closed administrative territorial entities.

The drill will rehearse radiation, chemical and biological protection of the personnel and population during emergencies at crucial and potentially dangerous facilities. Fire safety, civil defense and human protection at social institutions and public buildings are also planned to be checked. Response units will deploy radiation, chemical and biological monitoring centers and sanitation posts at the emergency areas, while laboratory control networks are going to be put on standby.

Baran Hines writes for ActivistPost.com. He is the founder of WTFRLY.com, where you can read more of his work. 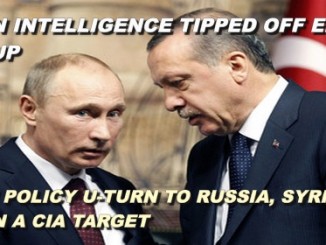