The Nuclear Posture Review: The World Will Not Surive the American Neoconservatives’ Doctrine of US World Hegemony

The government of the United States is clearly in demonic hands. We are overflowing with proof. Take today (2-2-18) for example. A report from the House Intelligence Committee was released that is proof that the Federal Bureau of Investigation, the Department of Justice (sic), and the Democratic National Committee are engaged in a conspiracy against American democracy and the President of the United States with the full support of the presstitute media.

As if that is not enough, also released today is the Pentagon’s new Nuclear Posture Review. A nuclear posture review specifies a country’s attitude toward nuclear weapons and their use. In past posture reviews, nuclear weapons were regarded as unusable except in retaliation for a nuclear attack. The assumption was that no one would use them. There was always the possibility that false warnings of incoming ICBMs would result in the nuclear button being pushed, thus setting off 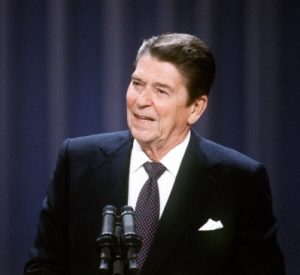 Armageddon. There were many false warnings during the Cold War. President Ronald Reagan was very concerned about a false warning resulting in mass death and destruction. This is why his principal goal was to end the Cold War, which he succeeded in doing. It did not take successor governments long to resurrect the Cold War.

The new US nuclear posture is a reckless, irresponsible, and a destabilizing departure from the previous attitude toward nuclear weapons. The use of even a small part of the existing arsenal of the United States would be sufficient to destroy life on earth. Yet, the posture review calls for more weapons, speaks of nuclear weapons as “usable,” and justifies their use in First Strikes even against countries that do not have nuclear weapons.

This is an insane escalation. It tells every country that the US government believes in the first use of nuclear weapons against any and every country. Nuclear powers such as Russia and China must see this to be a massive increase in the threat level from the United States. Those responsible for this 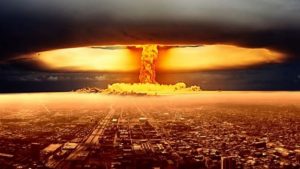 document should be committed to insane aslyums, not left in policy positions where they can put it into action.

President Trump is being blamed for the aggressive US nuclear posture announced today. However, the document is a neoconservative product. Trump, perhaps, could have prevented the document’s release, but under pressure as he is by the accusation that he conspired with Putin to steal the US presidential election from Hillary, Trump cannot afford to antagonize the neoconized Pentagon.

The neoconservatives are a small group of conspirators. Most are Zionist Jews allied with Israel. Some are dual-citizens. They created an ideology of American world hegemony, specifying that the chief goal of US foreign policy is to prevent the rise of any other power that could serve as a constraint on US unilateralism. As neoconservatives control US foreign policy, this 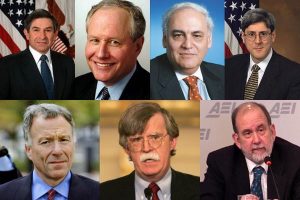 Ideologues who divorce themselves from the facts create a virtual world for themselves. Their belief in their ideology blinds them to the risks for themselves and others that they impose on the world. 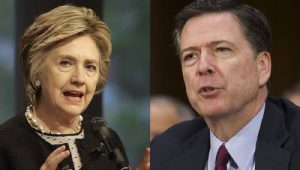 It is clear enough that, without the utterly corrupt Obama Department of Justice (sic) and FBI, the utterly corrupt Clinton-controlled Democratic National Committee, and the utterly corrupt American and European presstitute media working to destroy Trump’s presidency by framing him up as “a Russian agent,” President Trump, understanding that the Pentagon’s posture review would worsen, not normalize, relations with Russia, would have deep-sixed the demonic document that threatens all life on earth.

Thanks to the American liberal/progressive/left, the entirely of the world is faced with a far more likely nuclear demise than ever threatened us during the Cold War with the Soviet Union.

By its collaboration with the military/security complex and the corrupt Hillary DNC, the liberal / progressive / left has forever discredited itself. It is now seen by every thinking person worldwide as an insane propaganda ministry for the neoconservatives’ plan to use nuclear weapons to eliminate constraints on US unilateralism. The liberal / progressive / left has endorsed “hegemony or death.”

They will get death. For all of us. 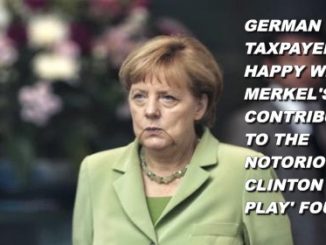 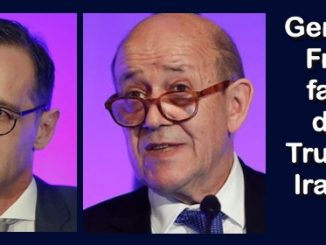 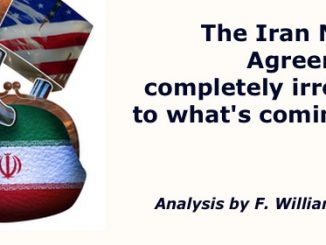 Washington Is Using A Currency War To Destabilize Iran