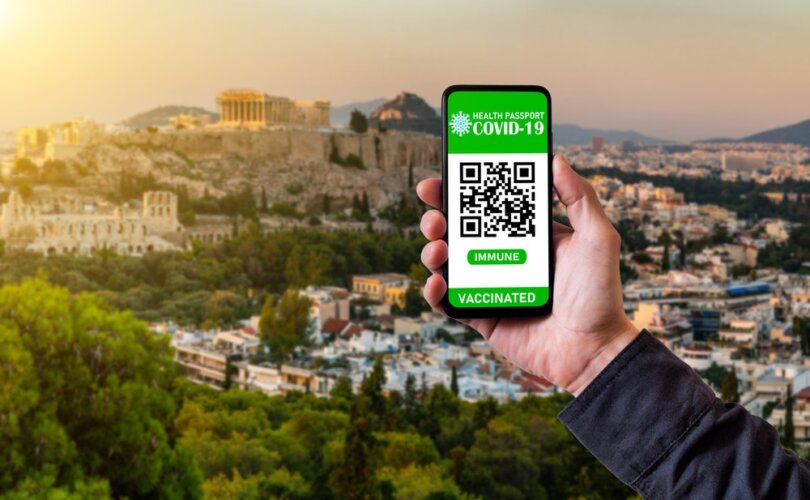 (LifeSiteNews) — Thousands of healthcare workers in Greece who were suspended for refusing to get jabbed with the experimental COVID-19 shots were finally able to return to work last week after the Council of State ordered that the mandate be rolled back. The move comes as healthcare workers continue to labor under coercive COVID rules and mandates worldwide, even as many other COVID-related requirements have been lifted.

Insider Paper reported that the roughly 2,000 unvaccinated Greek healthcare workers had been on suspension for 16 months before being allowed to return to work on Monday, January 2, according to a statement by the Panhellenic Federation of Public Hospital Workers (POEDIN).  The Greek government’s jab mandate for healthcare workers had taken effect in September 2021.

Those who were restored to their positions this month include about 800 nurses and 170 doctors, with the remainder composed of administrative workers, Albanian Daily News reported. Employees will reportedly receive eight months of back pay.

While the government had resisted backlash and protests against the mandate until now, its ultimate decision to lift the rule came just months ahead of its upcoming parliamentary elections, the outlet pointed out.

Prior to their return, roughly 5,000 other healthcare professionals had previously been able to return to work after presenting a certificate showing proof of prior infection.

Replenishing its hospitals with the 2,000 suspended employees will be “a big relief to the system,” POEDIN said in its statement. However, the association added that hospitals still anticipate contending with ongoing staffing challenges.

Greek healthcare workers who refused to be vaccinated against Covid-19 returned to their posts on Monday after 16 months of suspension, an association of public hospital employees said https://t.co/TtIBXAeuvg

The easing of restrictions for Greek healthcare workers came after the scenic Mediterranean country made headlines last year becoming the first and only country to impose a jab mandate for all residents ages 60 and up.

Those who refused to get the abortion-tainted shots were saddled with a more than $100 monthly fine. The requirement was blasted as “ageist” in a February 2022 editorial published in the Lancet, which questioned the current and long-term wisdom of a rule targeting the elderly.

“The fact that the Greek government’s decision has widely been received as a pragmatic decision has concerning implications for how societies regard older people’s right to autonomy and self-determination,” the Lancet noted. The editorial added that the mandate creates “a precedent which might well come back to haunt us a few decades down the line.”

While Greece was unique in imposing a mandate aimed at the elderly, it’s far from alone in taking action against healthcare workers who have exercised medical freedom in response to top-down jab mandates.

Healthcare workers across the world have often taken the brunt of COVID-19 mandates. Professionals who work alongside the healthcare industry, such as in law enforcement and firefighting, have similarly faced stringent no-jab-no-job mandates since the rollout of the shots.

While many requirements have been dropped or loosened for other professions after legal challenges, the healthcare industry has largely retained jab and mask mandates for employees.

In the U.S., the Supreme Court early last year opted to toss out the federal Occupational Safety and Health Administration (OSHA) mandate that would have forced large businesses to mandate the shots for their employees. However, the justices simultaneously upheld a federal mandate compelling healthcare workers to get jabbed.

The U.S. jab mandate upheld by the court has impacted roughly 17 million workers staffing the 76,000 facilities that participate in Medicare or Medicaid programs, LifeSiteNews previously reported.

In a dissenting opinion in which he was joined by Justices Samuel Alito, Amy Coney Barrett, and Neil Gorsuch, Justice Clarence Thomas argued that the federal government exceeded its authority by imposing the mandate.

“The Government proposes to find virtually unlimited vaccination power over millions of healthcare workers,” Thomas wrote. “Had Congress wanted to grant CMS power to impose a vaccine mandate, it would have clearly said so. It did not.”