ER Editor: A two-fer, from Zerohedge and RT.

We remind readers that Sweden and Finland, traditionally non-militarily aligned countries, were making an application to join NATO. However, Erdogan has usefully interfered in this. See this from a day ago:

The reports below concern CIVILIAN conscription within the country.

The Scandinavian countries are continuing their militarized posture in response to the Russian war in Ukraine, with Sweden’s government being the latest to issue a surprise announcement and unusual move, given its longtime peace and prior stance of historic neutrality.

On Monday Prime Minister Ulf Kristersson unveiled that new steps are being taken to reintroduce conscription for civilians, toward bolstering the country’s emergency response services, given new realities as a result of Russia’s military action in Ukraine.

Kristersson said the civil service is taking steps starting this week: “We’re going back to a situation where we have a formalized civil duty,” he said at a press briefing alongside Defense Minister Pal Jonson and Civil Defense Minister Carl-Oskar Bohlin.

They cited the conflict in Ukraine and Russian aggression as making necessary a greater and broader readiness posture in case of a state of emergency, or even potential attack on the nation. (ER: eyeroll)

Sweden had such conscription plans in place for emergency civil services during the height of the Cold War. National media reports say that according to early government discussions, as many 3,000 people could be called up during the beginning phase of the plan.

But details are still being ironed out, with Bohlin adding, “We do not know exactly how many may be covered by the duty. We see that the municipal rescue service today is not designed for the demands of a high alert and ultimately an armed attack.”

After existing throughout much of the 20th century, the Swedish government finally abandoned compulsory civil service, given the Cold War had definitively ended by the prior decade, and as Europe hadn’t seen a major war since WWII.

The Swedish government plans to reintroduce civil conscription service in the country, Prime Minister Ulf Kristersson announced during a press conference on Monday, adding that the Civil Contingencies Agency (MSB) will be ordered to prepare the measure later this week.

According to Civil Defense Minister Carl-Oskar Bohlin, the first step will be to send people with the appropriate skills to municipal rescue services to perform civil service there. He noted that as many as 3,000 recruits could become part of this first wave, but stressed during a MSB meeting last week that the details have yet to be ironed out.

“We do not know exactly how many may be covered by the duty. We see that the municipal rescue service today is not designed for the demands of a high alert and ultimately an armed attack,” Bohlin explained.

“The experience from Ukraine is clear – when it comes to protecting the civilian population, emergency services are put under very heavy pressure,” he added.

Compulsory civil service was originally abandoned in Sweden in 2008. The MSB will have until March 1 to prepare the activation of civil duty, the minister said.

He added that the Swedish government hopes to recreate it on a much larger scale than before and stated that those called up for service will undergo additional training on conducting rescue operations in military conditions.

Civil service is the civilian equivalent of conscription, where citizens are called up to carry out missions that are crucial to a country’s defense capabilities. This includes filling positions in healthcare, child care, fire protection and other essential services.

Sweden revived its military conscription in 2017, citing Russian military activity as one of the reasons. The policy requires people to serve between nine and 12 months. 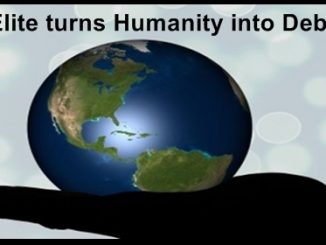 Russia Says It Will Increase Gas To Europe Under One Condition, Canada Caves

2 Comments on Sweden to Reintroduce Conscription for Civilians