The controversial trade deal between the EU and Canada remains in doubt, despite assurances by the Prime Minister of Canada, Justin Trudeau, that it will be no threat to European values ahead of ratification by 27 member states, Sputnik has been told.

The Comprehensive Economic and Trade Agreement (CETA) between the EU and Canada was ratified by the European Parliament, February 15, but now has to be agreed by 27 member states (Malta being the exception) before coming into force — a hurdle that looks increasingly difficult to leap. 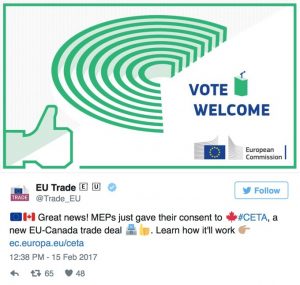 “Over three million people across Europe signed a petition calling for CETA to be scrapped, while hundreds of thousands of people took to the streets of cities like Berlin, saying they wanted no part of this toxic trade deal. So it’s shameful that so many MEPs in voting for CETA have come down in favor of the army of corporate lobbyists that have been howling for this deal rather than the voices of the ordinary people that they are supposed to represent,” Nick Dearden, the director of Global Justice Now told Sputnik. 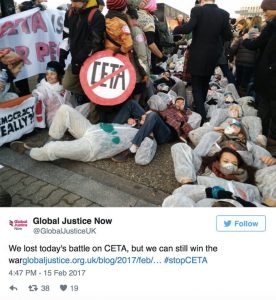 “This trade deal will have terrible impacts on our public services, labor rights and consumer standards, so it is crucial that [Liam] Fox stops thwarting democratic process and that proper scrutiny and debate of CETA takes places for UK MPs.”

“MEPs may have voted in favor of CETA, but that doesn’t mean it’s the end of the story. The strength of public opposition to the deal meant that the Commission conceded that national parliaments must agree before it comes into full effect, and there’s every chance that that won’t happen in countries like Austria and Belgium,” he said. 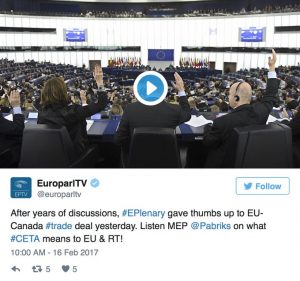 The CETA deal has come in for criticism for lowering regulatory standards in the EU, which tend to be tighter for food production and preparation, agriculture, pharmaceuticals and the environment.

Central to the trade agreements is the principle that, if EU states’ regulatory policies preclude non-EU countries from selling their goods or services, the company can sue for loss of earnings under the Investment Court System, which is a trade tribunal separate from member states’ judiciaries.

“We can’t have large corporations being able to sue governments for affecting future profits or having their own separate court system,” said Afzal Khan, a UK MEP. 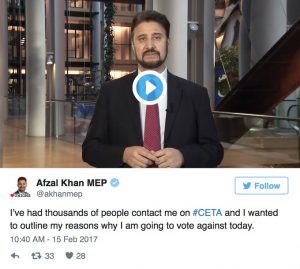 Over three million people across Europe have signed a petition calling for the deal to be scrapped, arguing that the deal will hand a raft of new powers over to corporations enabling them to influence and weaken government policies relating to the public sector, labor rights, consumer standards and the environment.

Theresa Griffin, a UK MEP wrote an open letter to her constituents in which she explained, “The bottom line, for me, is that we should not support a trade deal if it’s a poor deal. CETA is risky for public services, weakens the rule of law and is not good enough for workers and the environment.” 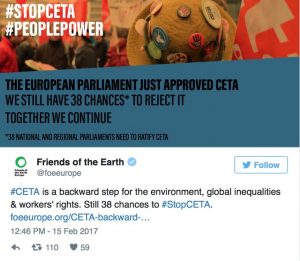 Thanks to all who took part/organised/supported/publicised the actions in #Strasbourg — the fight goes on! #StopCETA pic.twitter.com/iRAmCuulAY 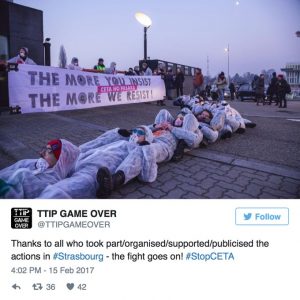 However, speaking in the European Parliament, February 16, the Prime Minister of Canada, Justin Trudeau said:

“This deal is an opportunity to show that, not only have we heard those anxieties, but we’re going to work together to allay them, to demonstrate that we can, thoughtfully and responsibly, build for a better future that includes a real and fair chance for everyone.”

The CETA deal was nearly sidelined in 2016 when the provincial government of Wallonia in Belgium originally voted against it, and it is likely to face similar opposition this time round. 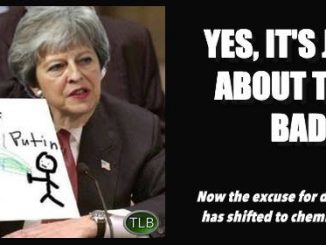 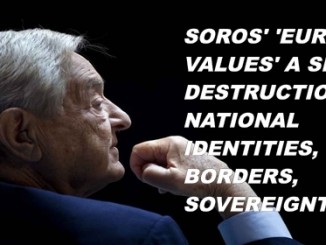 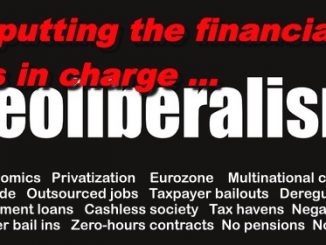