European Union bosses are coming unhinged after all attempts to stop British secession failed. With the British government formally launching the Brexit process by invoking “Article 50” of the Treaty on 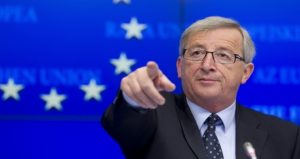 European Union this week, multiple top EU bosses are in meltdown mode, erratically lashing out all over the place. Unelected EU “President” Jean-Claude Juncker (shown), for example, blasted President Donald Trump for his hostility to the controversial European superstate, with the EU chief even threatening to promote the dissolution of the United States in retaliation. Senior leaders in the EU’s pseudo-“Parliament,” worried about other nations seceding, were also left frothing, making outlandish demands on Britain while trying to terrorize British voters with threats of “tough negotiations” and future pain.

Critics, though, ridiculed the EU leaders and their threats, saying Britain would prosper by seceding from the unaccountable superstate — not to mention the myriad non-economic benefits gained by reclaiming national sovereignty and the rights of self-government. In fact, some EU critics even said Brexit would benefit those still trapped in the totalitarian-minded superstate. “We’re bringing back hope and freedom and justice for all of the peoples of the EU, and we’re going to start in the United Kingdom,” said Member of the European Parliament (MEP) Ray Finch with the U.K. Independence Party (UKIP), which played a leading role in the successful vote “Brexit” vote for a British exit.

On March 29, British authorities delivered the formal letter to EU bosses in Brussels demanding secession under Article 50. In the British Parliament, the message was clear too. “In accordance with the wishes of the British people, the United Kingdom is leaving the European Union,” declared U.K. Prime Minister Theresa May. “This is an historic moment from which there can be no turning back. Britain is leaving the European Union. We are going to make our own decisions and our own laws. We are going to take control of the things that matter most to us. And we are going to take this opportunity to build a stronger, fairer Britain — a country that our children and grandchildren are proud to call home.”

British voters, in other words, are finally getting what they wanted — their country back. In Brussels, though, the “internationalist fanatics,” as Hungarian Prime Minister Viktor Orban referred to globalist EU bosses, were left foaming at the mouth in outrage and lashing out uncontrollably. “Brexit isn’t the end,” fumed EU boss Juncker. “A lot of people would like it that way, even people on another continent where the newly elected U.S. President was happy that the Brexit was taking place and has asked other countries to do the same. If he goes on like that I am going to promote the independence of Ohio and Austin, Texas in the U.S.” Analysts said he did not appear to be joking.

It was a bizarre outburst for the EU’s top boss — the unelected overlord of the EU Commission, a sort of hybrid legislative and executive branch that now dominates the lives of Europeans with a never-ending avalanche of decrees. Ironically, though, the EU itself was imposed on the peoples of Europe against their will, primarily through U.S. taxpayer dollars, the work of globalists within U.S. intelligence agencies, and a steady stream of lies and half-truths peddled to the victims. The New American and other sources have documented these facts for decades, along with the true agenda. And in recent years, the mask has finally come off, with EU bosses openly admitting they plan to trap the peoples of Europe under an autocratic federal government.

But with anti-globalist political parties and voters surging across the continent, EU leaders are now in a tough spot. And so, they seem to be trying to make the divorce as painful and difficult as possible for British voters, partly as a deterrent to other nations hoping to exit the increasingly belligerent and oppressive superstate. For instance, EU officials are reportedly plotting to hand U.K. taxpayers an “exit bill” amounting to more than $60 billion U.S. dollars — a fantastical sum for a nation 20 percent the size of the United States — under the guise of paying EU staff pensions and “other obligations.” EU plotters are also claiming that U.K. customs inspectors did not collect enough taxes for Brussels on international trade. 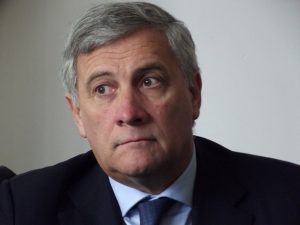 The vitriolic rhetoric being spewed by top EU officials is also becoming increasingly extreme, with EU leaders purporting to make all sorts of demands on British officials. “President” of the EU pseudo-“Parliament” Antonio Tajani, for example, warned British officials that they better not take any action that violates EU “laws” before the formal separation in two years. Britain must “fully respect its treaty obligations until the very last day of membership,” he barked. “Unilateral decisions affecting the rights of EU citizens any time before the U.K.’s withdrawal … would be contrary to the treaties and therefore illegal.”

Another top EU Parliament boss, Manfred Weber, who chairs the massive “European People’s Party” bloc in the phony legislature, also threatened British voters. “I am a member of the European Parliament, the leader of the biggest group, and that’s why we have from now on, the interests of 450 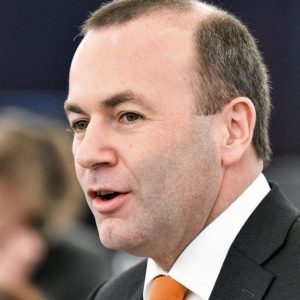 million citizens in mind — that is EU citizens,” he said, referring to those peoples still trapped, many of them against their will, in the unaccountable superstate. “I can give you a clear example for this — I don’t care any more about the City of London interests. I will care about the interests of Amsterdam, Dublin and Frankfurt and Paris. That is what I have to do. These negotiations will be very tough.”

In what sounded suspiciously like a threat, the globalist politician also warned Brits about their economic fate outside the imploding superstate. “I cannot imagine how Great Britain with 60 million inhabitants can really compete in a globalized world with China,” he claimed, perhaps not realizing the absurdity of his argument. “When you have for example, the steel dumping China is doing at the moment, that you can really defend your industry alone. Five hundred million EU citizens could do so and can do so, but Brits alone not. So I think Britain is facing a lot of uncertainty in the future.”

Ironically, the facts suggest the opposite will be true. Tiny Switzerland, perhaps the world’s most competitive and free economy, has produced booming prosperity for its citizens — all outside of the EU, and all with just 8 million people, a tiny fraction of the United Kingdom’s population. Indeed, Switzerland’s GDP per capita is about twice the EU average, and its unemployment level is about half the EU average. In fact, Switzerland is one of the richest countries in the world, by far. It was not clear whether Weber knew those facts and was simply being deceptive, or whether he is truly ignorant of the fact that Switzerland has consistently outperformed the EU on every metric even while remaining outside the EU.

Of course, not everyone agrees with the spiteful strategy pursued by the EU’s unelected and unaccountable rulers. In France, for example, the National Front party, which polls show is heading toward massive gains and possibly control of the presidency, called on the Brussels-based regime to work “in a spirit of healthy cooperation” on the negotiations. The letter triggering the Brexit is the start of  a “renaissance of national ambition until now trampled on” by EU bosses, the party said, calling on those EU officials to quit trying to harm Britain as a deterrent to other nations leaving the bloc. The National Front is one of many leading European political parties leading in the polls that hope to exit the superstate and ditch its troubled single euro currency.

Incredibly, though, as The New American and other sources have documented, rather than facing reality, EU leaders have responded to Brexit by demanding even more power for the EU and even more smothering of formerly sovereign European nation-states. Most recently, the unpopular regime voted to continue expanding its EU military scheming. Before that, it voted to expand EU “police” schemes and even to create an armed force with the authority to intervene militarily in European nations against their will. Now it is working to redistribute migrants across nations that have refused to take them. And as its own documents make clear, the EU is using taxpayer money to spread its totalitarian model of “regional governance” all over the world. It is all part of a totalitarian global plan for “World Order” outlined by top globalists.

However, the more the EU pushes to usurp power and spread similar schemes around the world, and the more it tries to terrorize British voters into submission, the more resistance grows to its agenda. In fact, all over Europe, polls show real support for the EU and its policies is virtually non-existent. And political parties seeking to secede from the scheme and reclaim their nations’ sovereignty are surging. As Brussels attempts to bully and terrorize the British, the true nature of the continental regime and its globalist agenda is becoming clear for all to see. And unless current trends change, that bodes very poorly for the EU and other schemes to trample on self-government.

Alex Newman, a foreign correspondent for The New American, is normally based in Europe. Follow him on Twitter@ALEXNEWMAN_JOU. He can be reached at [email protected] 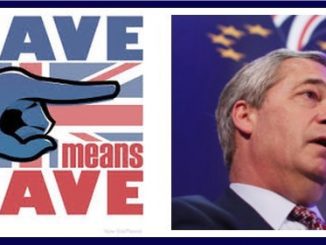 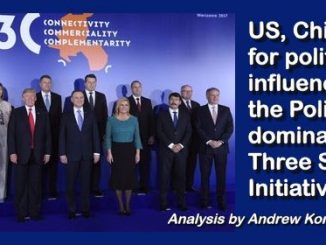